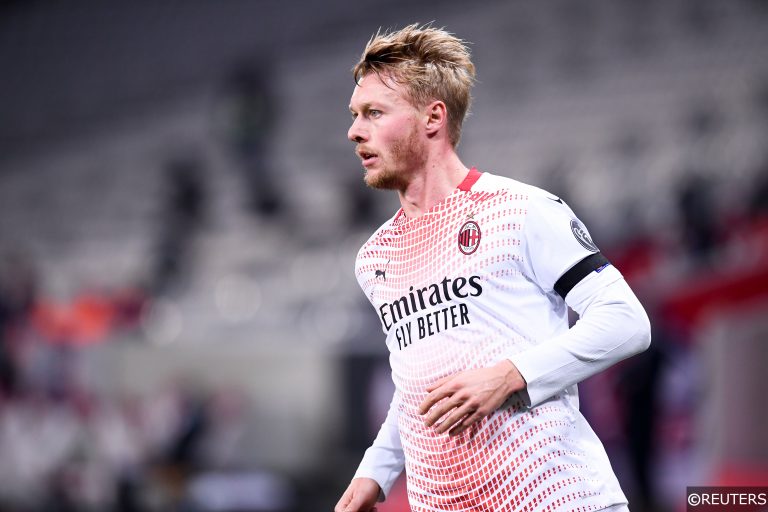 A full schedule of midweek Premier League action demanded the majority of our attention last week, but the coming week promises more European drama as the Champions League and Europa League return to our screens.

There’s seven days of elite level action to look forward to but with such a burgeoning TV schedule it can be difficult to decide on which match to watch. That’s what we’re here for, diving into the televised fixtures and returning to the surface with seven of the most promising games on TV.

Remember, we’ll be covering all these matches (and more) in detail on our football predictions page.

We kick the week off with a potential thriller in Serie A as league leaders Inter Milan lock horns with every neutrals favourite Italian side Atalanta. These two sides have scored an incredible 122 goals between them in Serie A this season and no other sides even come close to Inter and Atalanta in terms of goalscoring. The hosts can extend their lead to nine points with a win, while Atalanta can move as high as third if they pull off an upset.

Erling Braut Haaland turned it up a notch in the first leg, scoring a brace to help Dortmund to a thrilling 3-2 win over Sevilla. He scored another two at Bayern Munich on Saturday only for his side to taste the wrath of Robert Lewandowski, but there’s no denying Dortmund are getting back to their best right now. Sevilla headed into that first leg in fine winning form but have since imploded, and the five goal thriller in Spain last month makes this a must-watch game.

Last month’s first leg at the Camp Nou sparked conversations about a passing of the baton as Kylian Mbappe destroyed Lionel Messi’s Barcelona with a stunning hat-trick, but this is a tie steeped in drama. Barcelona pulled off a spectacular second-leg comeback after losing 4-0 in Paris back in 2017 and, while a similar comeback looks unlikely considering Barcelona’s decline, you would be a fool to think the  drama is over.

The undisputed glamour tie of the Europa League round of 16, featuring two teams who are far more synonymous with Champions League football rather than Europe’s second-tier tournament. Both Manchester United and AC Milan have seen their unlikely title challenges falter in recent weeks and both sets of fans are desperate for silverware after dry spells. This tie has potential.

It may not be a top-of-the-table clash, but Augsburg vs Borussia Monchengladbach has a lot to offer neutrals as we look ahead to another weekend. The two sides have both conceded some 37 goals in their 24 Bundesliga outings and Monchengladbach are a notoriously attack-minded side under departing manager Marco Rose.

A trip to Wembley at 3pm on a Saturday. What could be more iconic in the British game? It might not have the prestige of the FA Cup final, but Portsmouth and Salford City certainly won’t be taking the opportunity for silverware lightly, although this one has an added twist. Saturday marks the EFL Trophy 2020 Final, and just 24 hours later Sunderland and Lincoln City will contest the EFL Trophy 2021 Final. Still, League Two Salford won’t pass up on a chance for their first ever professional trophy, while Portsmouth will look to make it back-to-back wins after their 2019 victory, even if it is just for the day.

Sunday boasts a plethora of intriguing ties from around Europe including the likes of Monaco vs Lille and RB Leipzig vs Eintracht Frankfurt. However, the North London Derby has to take precedent as these two great rivals go head-to-head in an attempt to save their disappointing seasons. Only four points separate these two local enemies but both find themselves mired in mid-table. Victory could see Spurs launched into top four contention, while for Arsenal it’s a chance to close the gap on their opponents.