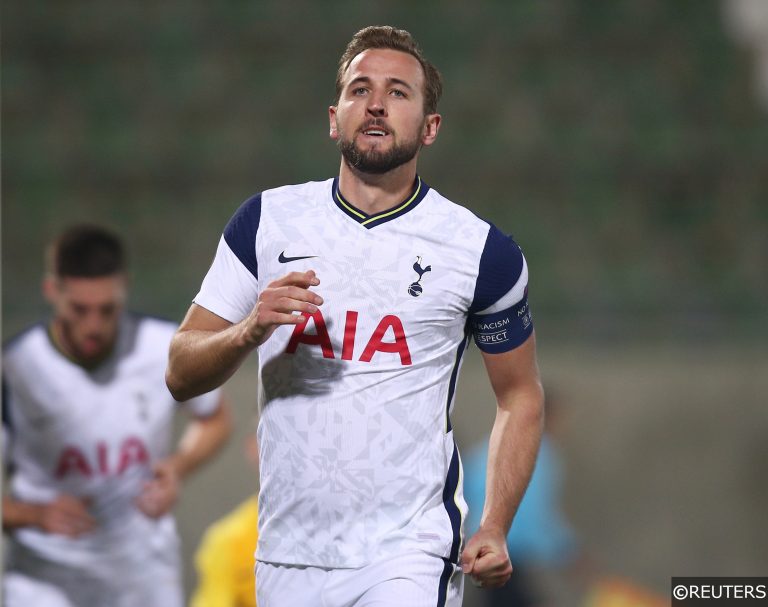 With another busy week of football ahead, the TV schedules are packed out with live games. Luckily, we’ve stepped in to whittle down the slew of matches to the best clashes each day.

We’ve got you covered when it comes to the games to watch out for, with our six picks across the next seven days listed below. On top of that we also have a betting tip on each, which combine to make up a 91/1 accumulator.

For more accumulator predictions, head over to our free football betting tips today!

Wycombe are no strangers to being underdogs, it’s been facing them all season in the Championship since their unlikely promotion from League One. Jose Mourinho’s side may have star power, but Wycombe can put up a fight.

Wycombe are capable of giving Spurs a scare, especially with the visitors likely to rotate. While Spurs have the quality to come through this one, we’re also backing both teams to score.

There’s plenty of live action on Tuesday, but we’re taking a rare trip to League One as Sunderland look to rescue their season. The Black Cats are striding towards the playoffs as Ipswich slide, so this is a big game for both.

Ipswich have lost five of their last six at home, while Sunderland have claimed three wins from four, so the on-form visitors should win this one.

Wednesday’s best action gets underway early as Atalanta and Lazio clash in the Coppa Italia. This quarter-final encounter pits together two of Italy’s top sides, with both in scoring form.

Atalanta have hit 44 goals already this season, putting three past league leaders AC Milan at the weekend. Meanwhile, Lazio won their fifth straight game at the weekend and with both sides in attacking form we’re backing goals here.

Betting tip: Both teams to score at 8/15

Liverpool still don’t look up to scratch, as shown in their loss at Manchester United at the weekend. The Reds aren’t creating enough chances and they look vulnerable to a Jose Mourinho team who will stay solid and spring on the counter.

Two of Germany’s top three meet this weekend, with both sides seeing their title hopes fade as they struggle to keep up the pace of champions Bayern Munich. With this a make or break tie for the pair, it’s the kind of big game which deserves your attention.

Leipzig returned to winning ways at home by beating Union Berlin last week, the hosts have now won seven of nine at home. Meanwhile, Leverkusen have lost their last two on the road.

With West Ham looking strong, this is the pick of Sunday’s Premier League action. At the time of writing there’s only two points between the pair and West Ham are on a five game winning run, meaning this is anything but a formality for the champions.

With Liverpool looking shaky – and Reds legend Jamie Carragher saying things are likely to get worse – we are backing against them. The Hammers are impressing at the back and they’re capable of holding off Liverpool.