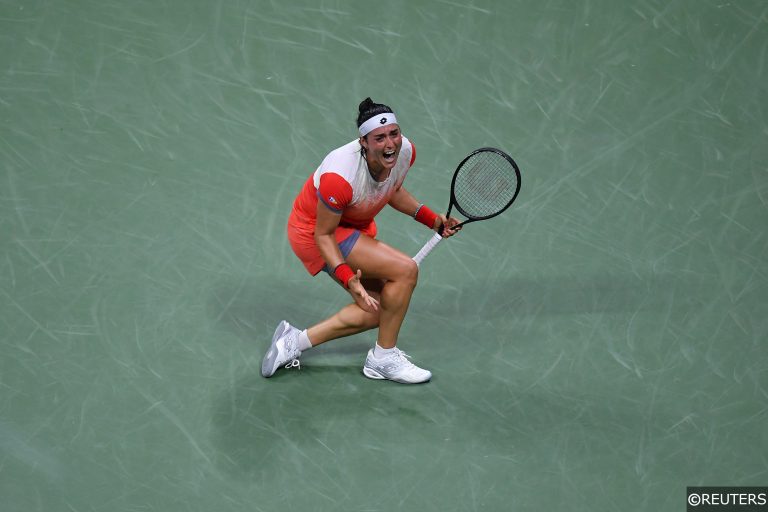 The women’s US Open final takes place on Saturday evening and there will be a first-time winner at Flushing Meadows as Iga Swiatek and Ons Jabeur bid for the title in New York.

Swiatek is a two-time Grand Slam champion and both of her successes so far have come on the clay courts of the French Open. Tunisia’s Jabeur is seeking her first major trophy after falling just short at Wimbledon, losing out in the final to Elena Rybakina.

We’ve got our main tip for the final covered in our Tennis Tips section and we’re expecting a hard-fought affair between world number one Swiatek and fifth seed Jabeur, and these #OddsOnThat selections reflect that.

Only two of Jabeur’s 13 sets at the US Open so far have required tie breaks and Swiatek, who has played 14 sets, has only been involved in one. However, that could change when these two meet in the final in what is likely to be an incredibly close contest.

In four meetings between these two players there haven’t been any tie breaks but finals are a different matter. They have also managed one win each in two meetings on hardcourts, and again that indicates Saturday’s final could be a close one.

Iga Swiatek is the 8/15 favourite to win the final so if you do fancy her to take the title this #OddsOnThat option stands out.

Jabeur has been broken first in four of her six matches at Flushing Meadows, so Swiatek securing the first break and the opening set is a clear possibility.

Jabeur is 4/1 to win 2-1 but backing her to win & over 21.5 total match games at 7/2 may be the better option. This covers the prospect of a three-set match (barring Jabeur winning both of her sets 6-0 or 6-1 and Swiatek doing the same in one set), and a win for Jabeur with two tight sets as well.