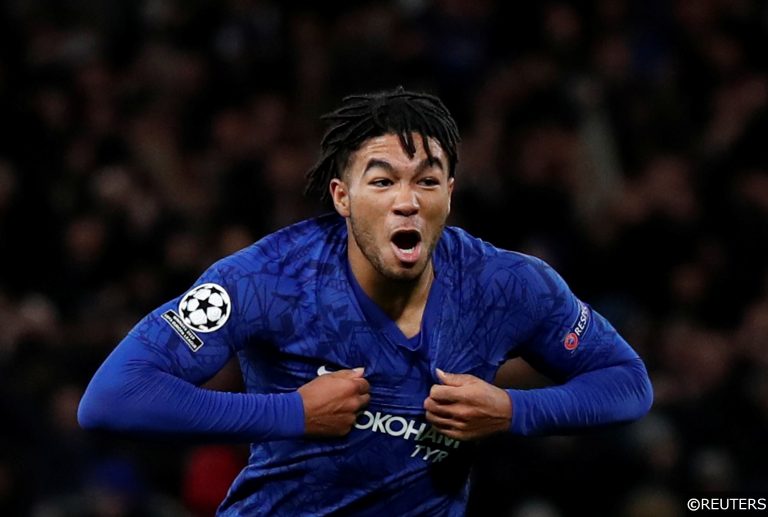 Every supporter will be familiar with the well-trodden football axiom about building a team from the back, and a strong defence is often the foundation on which managers build winning teams.

A robust rearguard can often be the difference between winning or losing a title, finishing inside or outside the top four, or avoiding relegation – and it’s no surprise to see the game’s best backline operators switch clubs for the same price as top attackers in the modern era.

In players like Virgil van Dijk, Harry Maguire and Aymeric Laporte, the Premier League has a number of stand-out centre-back performers – but where is the next generation of the division’s best defenders coming from?

Below, we’ve shone the spotlight on some of the best young defenders in the Premier League, hoping to put themselves alongside the aforementioned trio over the coming seasons.

Forward-thinking fullback Reece James has played 18 times in the Premier League this season for Frank Lampard’s youthful Chelsea team, and the 20-year-old Blues academy starlet looks set to claim a starting berth at Stamford Bridge for the next decade.

The defender, who has been a part of England’s underage set up since 2017, won the UEFA European Under-19 Championship with the Young Lions the same year.

James, who began his association with Chelsea at the age of six, was part of the talented wave of Chelsea youngsters that won the FA Youth Cup in 2018 alongside Callum Hudson-Odoi, Billy Gilmore and Tariq Lamptey.

Compared in style to current Barca icon Gerard Pique, Garcia excelled in the Citizens’ youth team before earning a first-time debut against Leicester City in the EFL Cup in 2018.

With injuries in defence a constant headache for Pep Guardiola this term, Garcia has featured six times in the Premier League in 2019/20, though the 19-year-old’s playing time is expected to increase with experience.

Manchester born and bred, Brandon Williams has enjoyed a stellar breakout campaign for United this season, racking up 25 appearances in all competitions down the Red Devils’ left flank.

Combining searing pace with snappy tackling, Williams has quickly become a fan favourite at Old Trafford, and the home-grown 19-year-old is pushing Luke Shaw hard for a regular starting position at left-back.

Liverpool look set for the next 10 years at both fullback positions with Trent Alexander-Arnold and Andrew Robertson continuing to excel for the Premier League champions elect, though Dutch defender Ki-Jana Hoever has the tools to offer that world class duo some competition.

The Reds snatched Hoever from the Ajax academy in 2018, much to the ire of the Amsterdam giants, and the highly-regarded defender went on to make his first team debut for the Merseysiders the following January aged just 16 – becoming the youngest ever Liverpool player to feature in the FA Cup in the process.

While appearances in 2019/20 have been limited to another couple of cup runouts, Hoever’s ability to play further up the pitch should ensure that he starts to rack up more minutes soon.

Part of the strong representation of Portuguese players at Wolves, 21-year-old wingback Rúben Vinagre has been making major inroads into the Wanderers first team over the past two seasons.

Wolves initially brought Vinagre to Molineux on a temporary basis two years after that before signing him permanently in 2018.

Hackney born Spurs academy alumnus Japhet Tanganga has featured 11 times in the Tottenham first team this season – which is quite a feat in itself under the notoriously hard to please Jose Mourinho.

Famed for favouring more experienced players, Mourinho has bucked the trend with Tanganga this term, which is testament to the 21-year-old centre-back’s impressive skillset.

Worryingly for Spurs, Tanganga’s contract with the club expires later this summer, and while negotiations over a new deal continue, the chances of them losing one of their most up and comers remains high.

Another current contract rebel, Jeremy Ngakia, looks set to walk away from West Ham this summer having refused to put pen to paper with the Irons.

Hammers boss David Moyes has already admitted that it would be a bitter blow to lose the emerging 19-year-old right back, who impressed in his four Premier League run outs against Liverpool (twice), West Ham and Arsenal this season.

Ngakia had a trial with Chelsea’s academy before joining West Ham United at the age of 14, but after five years with the club, a move elsewhere beckons for the talented prospect.

The 22-year-old has performed manfully in a struggling Norwich team in 2019/20, and Godfrey is one of several emerging Canaries stars tipped to fly the nest should City return to the Championship this summer.

Already, big hitting duo Liverpool and Manchester United have been credited with an interest in the defender, though the level headed England U-21 international might choose to move to a club with a move open route to regular first team football.