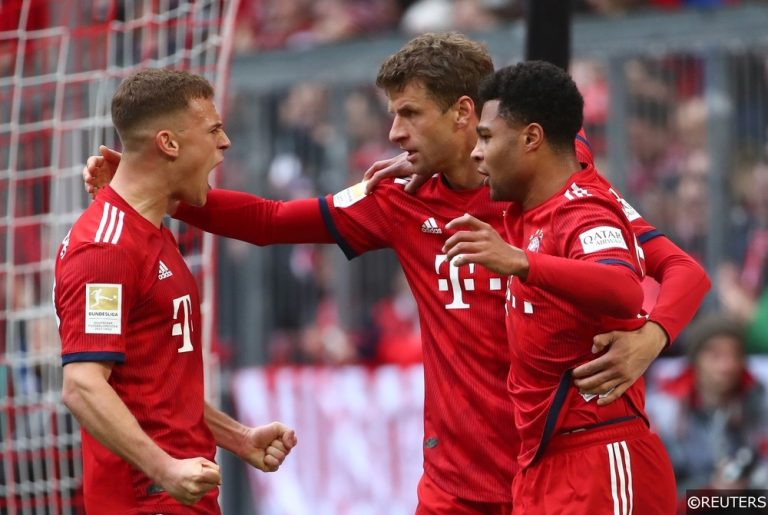 What better league to bet on the ‘Anytime Goalscorer’ market than the Bundesliga?

Germany’s top flight has held the highest goals per game average among Europe’s elite in 28 of the last 29 seasons, after all.

And with this season’s Golden Boot race off to a blistering start, there have been plenty of names appearing regularly on the scoresheet.

With that in mind, we’ve analysed all of this weekend’s Bundesliga games to identify a few of the players worth keeping an eye on.

Bayern Munich’s goals largely come from one source: Polish international Robert Lewandowski. However, because they score so many, there are often plenty of them to go around – and who wants to back Lewandowski to score at a price as short as 1/5?! Serge Gnabry is one such beneficiary.

As we saw in the Champions League during the week, Gnabry has come on leaps and bounds since his days as an Arsenal-loanee at West Brom, scoring four in the massive 7-2 win over Tottenham Hotspur. He shouldn’t be short of confidence against former club Hoffenheim on Saturday. 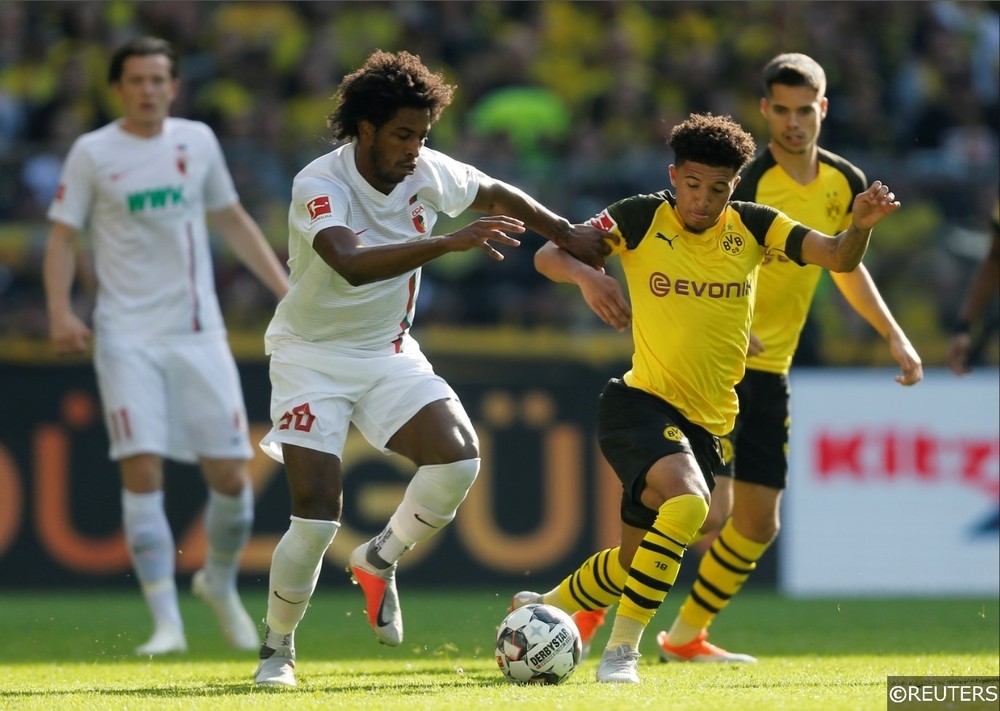 19-year old English winger Jadon Sancho is another of the young talents thriving in the Bundesliga. He signed his first senior contract with Borussia Dortmund in 2017 after a move from Manchester City, but the 2018/19 campaign was very much his breakthrough year. His new £190k- a-week contract is a testament to how far he’s come.

Sancho scored 12 goals in the Bundesliga last season, but his recent form, such as his first-ever goals for England, indicates he’ll take that number even higher this time around. He’s found the back of the net in four of his last seven Bundesliga outings and  faces a Freiburg side that have kept just one clean sheet at home in 2019.

After being crowned 2018 Bundesliga Rookie of the Season, Amine Harit struggled to meet expectations in 2019. However, under the rehabilitation of former-Huddersfield Town boss David Wagner, the Moroccan has found his feet again and helped send Schalke rocketing up the rankings.

He’s scored four goals over Schalke’s four game winning run, including a brace away to Paderborn and a single against one of the Bundesliga’s strongest back-lines, RB Leipzig. This weekend, he faces the league’s second-worst defence, as Wagner’s men host strugglers Cologne at the Veltins-Arena. 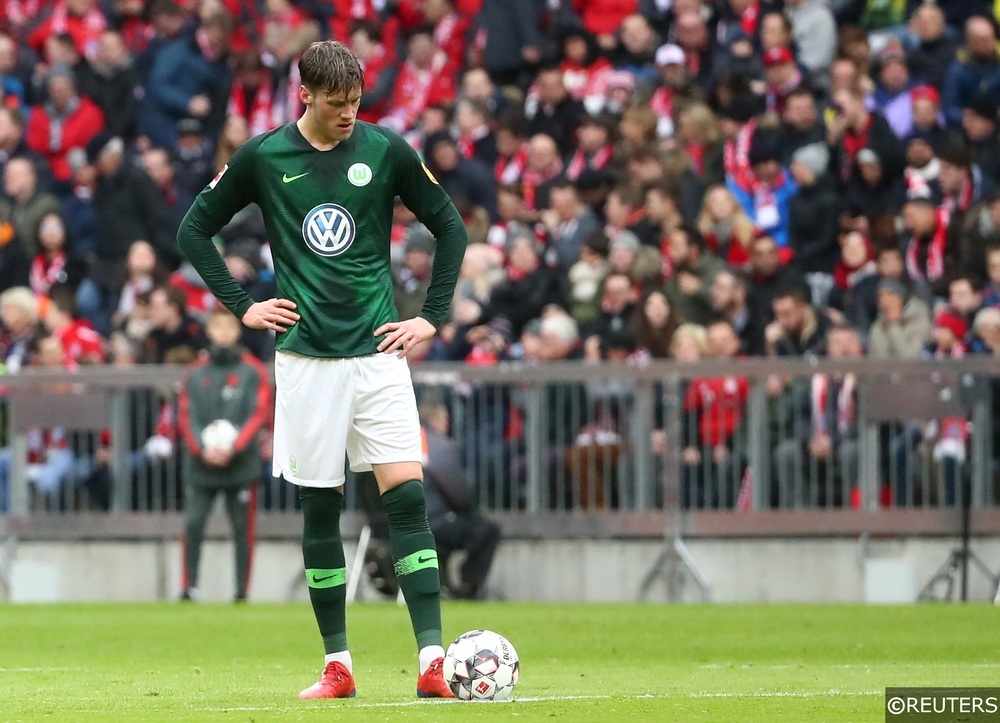 Dutch giant Wout Weghorst cemented himself as one of the signings of the season after scoring 17 goals to finish joint-third top goalscorer in 18/19. He ended the year with a bang by scoring a hat-trick at home to Augsburg. Looking back, he’s scored six goals over his last seven Bundesliga appearances too.

Weghorst will no doubt have his targets set on doing even better this term and the talented forward has a great opportunity to build on his tally on Sunday against Union Berlin – the newly promoted side are yet to keep a clean sheet. He’s also Wolfsburg’s designated penalty taker.

A four-fold of our Anytime Goalscorer selections pays out at a tidy 25/1 with bet365! You can add them to your betslip using the banner below.