Can Francesco Guidolin save the Swans? 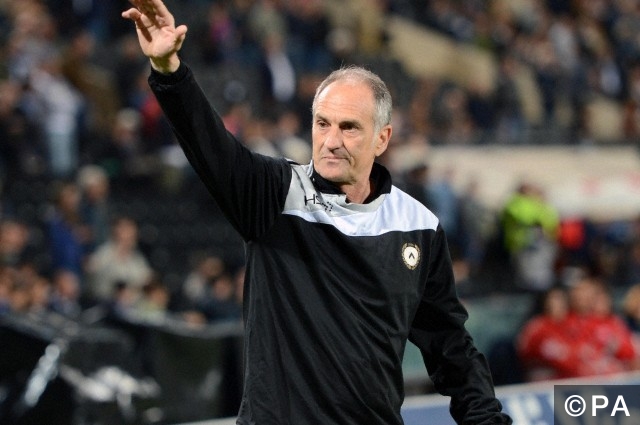 In a surprising twist at the Liberty Stadium Swansea City are set to appoint Italian manager Francesco Guidolin as head coach alongside current caretaker manager Alan Curtis. In keeping with recent tradition in South Wales this is an unusual appointment that few people would have anticipated, and although Guidolin has a superb managerial record there is no doubt that this is a risky appointment given his lack of experience outside of Italy.

With Swansea to be relegated at 19/10 with Ladbrokes, we analyse whether or not Guidolin can help the Swans avoid finishing in the bottom three this season.

Guidolin is very highly respected in Italy, where he achieved great success with Vicenza, Palermo, and Udinese. In the late 90s he achieved promotion with Vicenza at the first attempt, and ultimately led them to an historic Coppa Italia win and an unprecedented semi-final appearance in the UEFA Cup Winners’ Cup.

He won Serie B with Palermo in 2004 and took them into Europe, before returning to the club a further three times in his career with mixed results; he is considered a club legend in those parts. Guidolin’s most recent success was as Udinese manager between 2010-2014, in which he guided them to 4th, 3rd, and 5th in Serie A, playing some wonderfully attractive football under very trying circumstances.

Udinese are a selling club that change roster with alarming frequency, and thus the stability that Guidolin achieved was truly remarkable. Having been forced to resign due to mental health issues, Guidolin has since been technical supervisor of the three teams of the Pozzo family: Udinese, Granada, and Watford.

Guidolin’s strengths: what will he bring to Swansea?

Swansea’s new coach used a quick tempo, free-flowing version of 3-5-2 at Udinese, after saying that he “fell in love” with the formation in his first season at the club. The main characteristics of his tactical preference are very high energy levels, hard pressing, and a swift counter-attacking method; efficiency of passing is an essential part of his mantra. For this reason, the recent sale of Jonjo Shelvey may prove to be a big mistake.

One notable aspect of his formation is that the wing-backs rarely drop deep to become a flat five, and instead the central midfield three are tasked with pressing aggressively to deny space to opposition attackers. This is a brave, attack-minded style that should please Swansea fans used to a gradually decreasing tempo under Garry Monk. Interestingly, his tactical system is quite a sharp turn away from the possession-recycling model Swansea are famous for; perhaps the chairman, Huw Jenkins, recognises the need for a quicker form of counter-attacking when confidence is low and scrappy points are needed.

Guidolin is also famous for making fast starts; he got Palermo and Vicenza promoted in his first seasons at the club, whilst propelling Udinese to fourth in his first year there. Clearly Swansea are in need of a similarly quick turnaround, but given that we are midseason and he is in a new country, this seems unlikely. However, if he remains in charge next season and Swansea are in the Championship, expect them to make a success push for promotion.

His main strength is buying players: in the last two weeks of January his expertise could be vital in attracting undiscovered talent from around the world. His recent stint as advisor to the Pozzo family – who have an excellent scouting network that has seen many unknown players rise to prominence at one of their clubs – should mean Guidolin has a good knowledge of what players might be available for Swansea. At Udinese, he signed Andrea Barzagli, Medhi Benatia, and Roberto Pereyra, all players that went on to greater tings in Italy.

Finally, Guidolin is a great nurturer of talent. Alexis Sanchez, Samir Handanovic, Juan Cuadrado, and Edinson Cavani all flourished under his tutelage. Although it is unlikely that any current Swansea player can rise to this sort of level, his track record as a man-manager will surely prove helpful in the long and weary battle with relegation.

Tactically, Swansea’s squad does not look particularly suitable for a 3-5-2. They have struggled for strikers all season, and thus may not be able to implement this system. However, Curtis did finish the 4-2 defeat to Sunderland with both Andre Ayew and Bafetimbi Gomis up front, so it is not impossible that these two will be asked to form a partnership. What’s more, Guidolin can adapt his model game-to-game, transitioning from 4-5-1 into 3-6-1 mid-match, a testament to the fluidity and high energy he demands of his players; this is an intelligent squad, and thus similar versatility could be found – given time.

But time is not on their side. Guidolin’s only managerial stint outside of Italy was with Monaco in the French league and this ended badly. He finished 10th in his first season, and was promptly sacked. The methods he has used throughout his career may simply be better suited to Italian football, and this is a serious concern for an English club that need results fast.

What Swansea need: can Guidolin patch up their weaknesses?

The first things that disintegrate with poor self-esteem are decision-making and technical guile, as self-doubt plagues the instinctive muscle memory behind every pass and every run. As a result, those teams that look to nurture attacks carefully and slowly invariably suffer from longer winless streaks. Swansea’s biggest flaw is that they do not counter-attack with enough urgency; this is something Guidolin will look to change immediately.

His belief in quick, attractive football is well known in Italy, and bursting forward on the counter is a crucial component of his philosophy. Alexis Sanchez rose to prominence when Guidolin moved him into central attacking midfield, where he would receive the ball quickly and charge into the open spaces; expect Gylfi Sigurdsson, at his best in such circumstances, to re-find form in a higher tempo team.

Their second biggest flaw is an absence of aggression. Swansea are 18th for completed dribbles (8.1 per match) and 20th for tackles (15.4 per match); it is this feature of their game that has led to such a poor goals return this season. Again, Guidolin’s tactics should help address this problem and relieve Swansea from their increasingly tepid performances.

Finally, Swansea must start playing Jack Cork with more frequency. Signed from Southampton in January, he played a huge role in Swansea’s revival at the end of last season (after the dip in form that followed Wilfried Bony’s departure). His composure in possession and intelligent defensive positioning should not be overlooked as they were under Monk; during his last 430 minutes of Premier League action – spanning eight games – Swansea have only conceded four times (and all four were against Manchester United or Manchester City). An early test of Guidolin’s knowledge of Swansea will be whether or not he gives Cork an extended run in the first team.

Much will be learnt in the first few games of his tenure, but the early signs are mostly positive. His preference for a quick, counter-attacking 3-5-2 should favour a team in need of a change in direction, and more directness in attack is likely to suit players like Jefferson Montero and Gylfi Sigurdsson. Don’t back them to be relegated, and it is certainly worth backing Swansea to finish higher than Norwich at 6/4 with SkyBet. 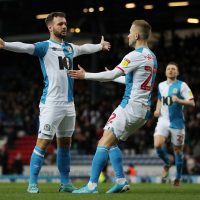