The Champions League is entering its 27th season since it was renamed from the eminently less catchy European Champion Clubs’ Cup and given its current title in 1992.

Yesterday, the draw for the Group Stage of the competition took place in Monaco, giving this year’s Champions League hopefuls an opportunity to plot their first continental steps en-route to potentially reaching the competition’s Final at the Wanda Metropolitano in Madrid next June.

Even before a Champions League ball has been caressed or a single rendition of the famous anthem belted out, the competition has already opened up countless angles for debate. Let’s take a closer look at some of the talking points from the 2018/19 Champions League draw. 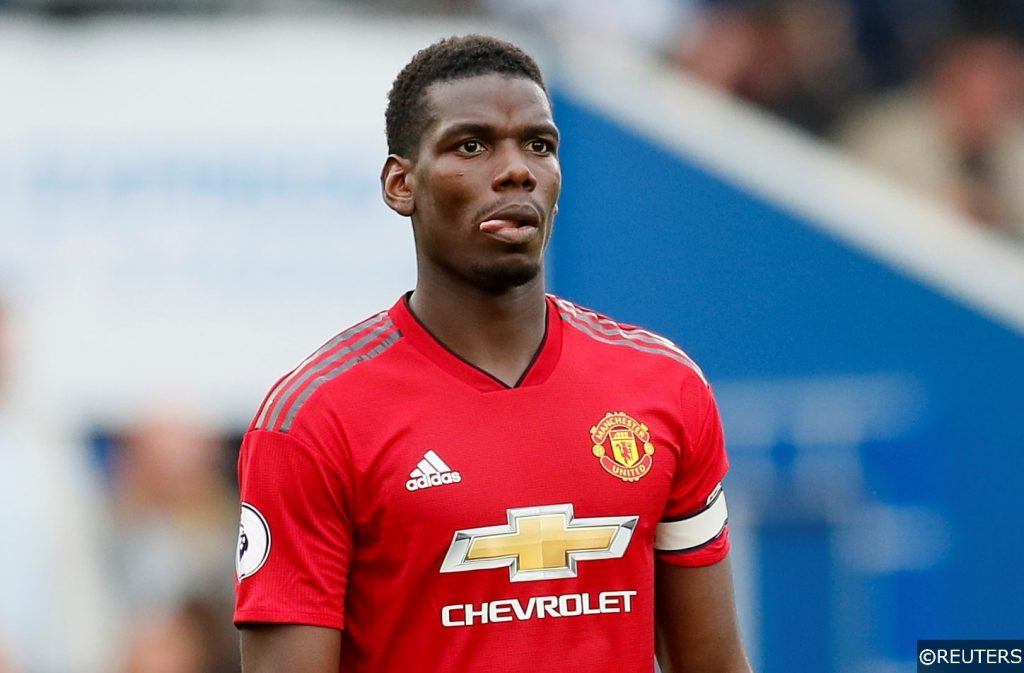 One of the most fascinating pairings among any Champions League group quartet has to be the reunification of old European enemies Manchester United and Juventus.

United and Juve were respectful, but equally fierce continental rivals during the late nineties. Juventus were seen as the benchmark by a youthful United team, who were aching to reach the standards consistently set by Del Piero and co.

In their early exchanges, United repeatedly came undone, though Sir Alex Ferguson’s young charges learned fast. You could even track United’s development and eventual emergence as a European super power against their improving results in their meetings with traditional big hitters Juventus over the same period.

1-0 defeats eventually gave way to narrow victories, before United finally dispatched the Italians in the Semi Finals of the competition in 1998/99 on their way to winning it outright.

The Group H pairing will also see Ronaldo and Paul Pogba moving in opposite directions as they pass each other on memory lane. Ronaldo is an Old Trafford icon, and while Pogba hasn’t hit those heights yet, the reputation he forged during his time at Juventus means he will be greeted like a returning hero when he plays in Turin.

Manchester United will host Juventus and Ronaldo on October 23rd, while Pogba will visit Turin with his new club on the Champions League match day directly after that on November 7th.

Group D: The Group of Dearth (in quality)

Ironically, one of the weakest looking groups in the Champions League could prove to be the hardest one to qualify from for the teams involved. On paper at least, Group D, containing Lokomotiv Moscow, Porto, Schalke & Galatasaray looks the least likely section to get pulses racing.

However, the gap in quality between the four competing clubs in Group D looks relatively negligible. The bookmakers’ have made Porto and Schalke the early favourites to qualify from the section, though the spread of prices from favourite to outsider is the smallest from any Champions League group.

Group D might not have the greatest pull in terms of names and headline acts, but it could transpire that the group produces more drama than any other. It’s definitely a group to keep a close eye on.

Last season Liverpool set a new record for most goals scored in a single Champions League season (47). Their rapid-fire attacking play caught most of the continent cold as Mane, Firmino and Salah laid waste to defences and reputations around Europe.

Champions League Group C threw Liverpool into the same room as Paris St. Germain and Napoli – teams also famed for their relentless pursuit of goals. The group promises to be an attacking free for all, where thoughts of defending give way to reckless abandon further up the pitch.

Paris St. Germain scored an eye watering 171 goals in all competitions last season on their way to lifting numerous domestic pieces of silverware. Napoli played some of the most exciting stuff in European club football in 2017/18 and though they are likely to be a little more subdued under Carlo Ancelotti than they were under Maurizio Sarri, they should still retain most of their sparkle.

Temper your excitement for a moment though, and spare a thought for Red Star Belgrade in all of this. The Serbians, who have a fabulous European pedigree, have reached the Group Stage of the Champions League this season for the first time since the competition changed names. Unfortunately, there is a huge chance that Red Star will be the group’s whipping boys.

Haven’t I seen you before?

Pogba, Ronaldo, Manchester United and Juventus aren’t the only Champions League protagonists to be reunited in this year’s competition. The draw also sees former Paris St. Germain manager Carlo Ancelotti return to the French capital with his new club Napoli.

Ancelotti joined PSG in December 2011, seven months after he was shown the door by Chelsea in the Premier League. Ancelotti helped to steady the ship in Paris after a tumultuous period under Antoine Kombouaré, helping the Parisians to a second place Ligue 1 finish.

The Italian won the league in his first full campaign at the club in 2012/13, but joined Real Madrid in the shortly after the season ended and not long after the Spaniards had eliminated PSG at the quarter final stage of the Champions League. If you can’t beat em….

In Group A, on November 28th, nestled among the final round of fixtures sits Atletico Madrid versus Monaco – a contest that could be key in deciding who makes it to the competition’s knock out rounds. The game will have also be of special significance to Radamel Falcao, who could make an emotional return to his spiritual home in Madrid.

Falcao enjoyed two phenomenally successful individual seasons in the red and white stripes of Atletico in 2011/12 and 2012/13. Falcao achieved legendary status at the club inside a relatively short space of time, earning a place in Los Colchoneros’s hearts with his unique brand of explosive forward play.

Falcao scored 70 times in 91 games for Atletico, including two goals in the 2012 Europa League Final and a sensational hattrick in the 2012 European Super Cup Final. The Colombian moved to Monaco in the summer of 2013 for a fee believed to be in the region of €60m.