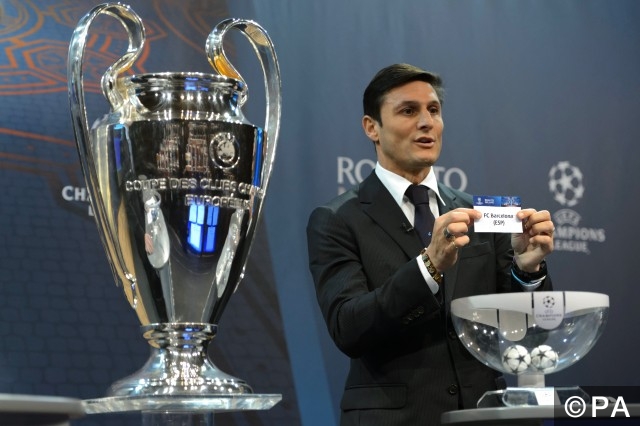 Their preposterously talented front three are telepathically synced of late, flitting and twirling in a hazardous blur of speed and intellect; undefeated in the competition to date, it is difficult to imagine any team in the world successfully shutting them out over two legs. Enrique’s side are on a 30 match unbeaten run that stretches back to October thanks to a stunningly well balanced tactic that blends Pep’s tiki-taka – so instinctive in these players – with the sweeping diagonals introduced by Ivan Rakitic and the piercing, rushing directness of the front three.

Leo Messi, Luis Suarez, and Neymar are given the freedom to abandon the tiki-taka model in the final third, creating an almost perfect tactical model. They are everybody’s strong favourites. However, Atletico, Deportivo, and Malaga have all performed well against Barcelona this year with a high pressing system that disrupts Barca’s rhythm; against braver teams in the latter stages, they could be defeated.

Guardiola’s impending move to Manchester has rapidly increased the pressure on Bayern’s Champions League campaign this season because, having inherited treble winners in 2013, successive Bundesliga titles alone would constitute failure.

Bayern average 67% possession in the Champions League, and it is the overwhelming nature of this possession dominance that will bully opponents into fearful submission. However, those who are limited to only occasional, late Spring viewings of Pep’s Bayern may be surprised to see that his system has evolved into a less idealistic structure. Having learnt from the gegenpress, counter-attacking style utilised in Germany, Bayern are less focused on persistent tiki-taka than his first Barcelona team; Robert Lewandowski and Thomas Muller, for example, are given a lot of creative freedom (both average around 78% pass completion).

The primary stumbling block for Bayern will be the fear of repeating their 3-0 defeat to Barcelona in last year’s semi-final. Pep’s infamous use of a man-to-man marking system on Messi, Suarez, and Neymar was disastrous, and although the trick will not be repeated the biggest threat to Bayern’s chances is Guardiola’s indulgent tactical innovations. As mentioned above, a high press can be successful against Barcelona; when the two inevitably meet this season, Bayern should be in a better position to hold their ground.

Zinedine Zidane has enjoyed a harmonious beginning to his managerial career but a soothing fixture list coupled with freshly motivated superstars has made the transition relatively simple; Zizou is yet to prove that he is tactically articulate.

Luciano Spalletti’s 3-4-2-1 system presents Real with an intriguing conundrum given that his front three of Cristiano Ronaldo, Karim Benzema, and James Rodriguez will be met three-on-three. The first leg of this tie will perhaps offer a glimpse into Zidane’s long-term tactical intelligence and the extent to which he can adapt his system in more challenging encounters. Until then, it is difficult to predict their chances of triumphing in the Champions League.

Considering their relative wealth and squad depth an Atletico triumph seems implausible, but historical precedent suggests that Diego Simeone is more than capable of achieving impossible feats. Their title challenge remains miraculously intact, whilst drawing PSV in the second round should ensure safe passage to the quarter-finals.

No team or coach in world football is better suited to gritty, under-dog victories against the elite teams than Atletico Madrid. Though narrowly defeated 1-0 by Real in last year’s quarter-final Atletico came within one minute of lifting the trophy in 2013/14, beating Chelsea and Barcelona along the way. They are even stronger this season.

Simeone’s famous 4-4-2 is being replicated around the world. They defend in a magnificently cohesive unit, restricting space by snapping at the heels when possession is lost but quickly retreating into formation when opponents keep the ball. The speed with which they transition shape on the counter is truly remarkable, and could certainly lead to plucky wins against Bayern, Real or Barca. Their threat should not be underestimated.

Laurent Blanc’s attempts to create France’s first super club will be defined by his Champions League performance this season. Their dominance over Ligue 1 is such that their competitive match fitness may suffer, but after years of early exits that excuse is no longer good enough.

Blanc’s side averaged 60% possession and 90% pass completion in the group stages, which included two possession-dominant performances (59% in each) against Real Madrid. Blanc’s high tempo, short-passing aesthetics are centred on a revolving midfield trio of Marco Verratti, Thiago Motta and Balise Matuidi – who average a combined 235 passes per game. They will not feel threatened by any of the big clubs this season, and if they can suffocate Chelsea in the second round then a test against Bayern or Barcelona may seem less daunting. Ultimately though, it is difficult to see them defeating either of the two favourites over two legs.

Manuel Pellegrini’s tenure is threatening to end with a whimper. Predictable tactical failures continue to be overlooked by a manager whose philosophy remains difficult to pinpoint, with Yaya Toure’s lacklustre midfield performances making them soft in the centre and a haphazard back four suggesting that Pellegrini’s defensive coaching is not good enough for this level. Add to this that a growing injury crisis has disrupted their flow in the final third, even a trip to Dynamo Kyiv looks daunting. It is hard to imagine Man City remaining compact or staying mentality unified against any of this year’s favourites.

Guus Hiddink has restored some of Chelsea’s determination, and a few Mourinho-esque performances could see them squeeze into the latter stages. However, creativity is concentrated on too few players, whilst their slowness in central defence and softness in midfield – where both John Obi Mikel and Cesc Fabregas contribute little defensively – make progress to the final highly unlikely.

Juventus deserve better odds, and thus are perhaps worth a small wager as outsiders. Massimiliano Allegri’s team have won 13 consecutive games in all competitions and competently completed the double over Man City in the group stages. Last year’s finalists possess a phenomenal defensive shape that remains compact at all times and transitions into an explosive 4-3-3 on the counter; Carlos Tevez’s absence makes them less threatening when counter-attacking, but this is still a highly talented, well organised team. If they can avoid Bayern and Barcelona before the final, they could go all the way.

Any club drawn against Barcelona in the second round would be given such long odds to win the tournament, although Arsenal’s 2-0 victory over Bayern in the group stages perhaps gives them some hope. Their inconsistencies in the Premier League suggest that sustaining form across seven Champions League matches is beyond them, although eliminating Barcelona would provide a major boost. 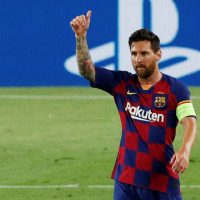