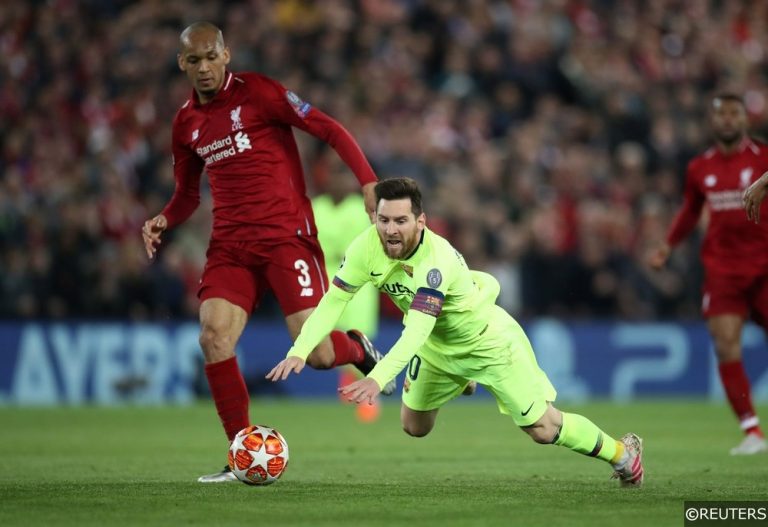 With the dust starting to settle after Tuesday’s white-knuckle Champions League fixture programme, it’s time to turn our attention to Wednesday’s games with eight potentially thrilling Group matches set to be contested across the continent.

Ahead of the action, we’ve compiled a list of player specials for Wednesday’s Champions League fixtures. Take a look at our selections below:

Remember – we’ll be covering all of this week’s UCL action in detail on our Champions League predictions page.

Rodrigo Moreno over 0.5 shots on target (VALENCIA vs Chelsea)

28-year old attacker Rodrigo Moreno was Valencia’s match-winner when Los Che edged out Chelsea 1-0 at Stamford Bridge in the reverse Group H fixture between the teams in mid-September.

The forward’s domestic form has been underwhelming this season, though Rodrigo has carried much more of a goal threat in his Champions League outings this term.

In La Liga, the Spanish international has averaged only 1.4 shots per 90 minutes, however, that attempts average jumps to a much healthier 2.7 per game in the Champions League.

1.0 of those attempts hit their mark on average and we’re backing Rodrigo to maintain that accuracy figure against a Chelsea side that have conceded 8.5 shots per Champions League away fixture this season.

Looking for more Valencia vs Chelsea predictions and betting tips? Check out our comprehensive match preview for the game.

Fabinho over 64.5 passes (LIVERPOOL vs Napoli)

Brazilian anchorman Fabinho is one of the key components of Jurgen Klopp’s relentless Liverpool winning machine, and the Brazilian will be central to the club’s chances of beating Napoli at Anfield on Wednesday.

The 26-year old’s influence is reflected in the individual passing stats of Liverpool’s players so far this season, and Fabinho has averaged more passes in the Premier (60.4) and Champions League (74.5) than any other midfielder currently employed by the club.

Fabinho distributed his way north of 64.5 passes in 100% of his Champions League appearances for Liverpool this season, and we think the former Monaco star is well priced to beat that target again this week.

You can find more Liverpool vs Napoli betting tips in our expert’s match preview.

Teenage sensation Erling Braut Håland is one of Europe’s most in-demand emerging talents and the 19-year old will be out to showcase his skills to his lengthening list of suitors in the Champions League this week.

Håland has already battered home an eye-watering 26 goals in all competitions for RB Salzburg since the summer, netting seven of those in just three Champions League starts for his club.

On Wednesday, Håland will test his goal-scoring acumen against a Genk side that has conceded 3.0 goals on average per UCL Group E fixtures so far, and having rattled home a brilliant hattrick against the Belgians in September, we’re backing the Norwegian wonderkid to register against them again this week.

Check out the rest of our Genk vs Red Bull Salzburg predictions and betting tips in our analyst’s detailed match preview.

Julian Weigl to get booked (Barcelona vs BORUSSIA DORTMUND)

Averaging nearly one booking every two games, Weigl has consistently landed himself in trouble with referees this term and the five-times capped German international looks a prime candidate to be carded again when he faces Barcelona on Wednesday.

Weigl has averaged a hefty 2.5 fouls per Champions League appearance for Dortmund since August, and this week the midfielder will pit his powers of destruction against a Barca outfit that are the 3rd most fouled team in the competition (fouled 15.3 times per game on average).

For more exclusive Barcelona vs Borussia Dortmund betting tips and free predictions, we recommend checking out our match preview.

Ajax’s biggest summer signing Quincy Promes has already showed that he was worth every penny the Dutch champions paid for him this season, hitting 13 goals in 16 starts for the club in the Eredivisie and Champions League since joining the club from Sevilla.

The 27-year old managed to get himself on the scoresheet in three of his four Champions League starts for Ajax this term, and Promes hit the deadlock breaking goal for his club in their 3-0 win over Lille in Amsterdam on September 17th.

Having scored twice for Ajax at the weekend in the club’s resounding 4-1 win over Heracles, Promes will come into Wednesday’s rematch with Lille in France armed with plenty of confidence, and we’re tipping the Dutch international to make his mark again.

Find out how our expert’s think Wednesday’s game will go by reading their Lille vs Ajax predictions and match preview.

A five-fold accumulator featuring our player special selections above is available at huge 43/1 odds with bet365!