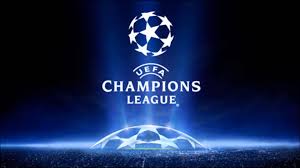 With the Champions League play-off qualifying rounds set to get underway next Tuesday, we’re taking a look at some of the most interesting stories of the draw. With Manchester United, Celtic, Lazio, and Monaco all taking part in this round, we’re looking forward to some top quality action.

After their 4th place finish last season, Manchester United are looking forward to returning to Champions League action after a one year absence from the competition.

There are a number of very good sides taking part in this stage of the competition though, and the draw could have easily gone worse for them. They ended up drawing Belgian side Club Brugge in the play offs, avoiding teams such as Lazio, Monaco, Valencia, and Bayer Leverkusen.

However, it could still be a potentially tricky tie for Louis Van Gaal’s side. Club Brugge reached the quarter finals of the Europa League last season and have a history of reaching the Champions League group stages.

In fact, although Manchester United have never played Club Brugge, Louis Van Gaal met with them as Barcelona manager in the group stages.

I think a lot of people are underestimating Club Brugge, bookmakers included. The odds for Manchester United to qualify for the group stages are inexplicably short, with the best on offer being 10Bet’s 1/8. As far as the big bookmakers go, they tend to be offering 1/10 and 1/11.

I do expect Man Utd to progress in the competition, but their opening day Premier League match against Spurs show they’ve still got a long way to go before they are the powerhouses they were with Alex Ferguson. Looking at the odds, bet365’s 6/1 for Club Brugge to qualify look like they offer value, because I certainly don’t see this tie as a done deal at the moment.

Celtic, like Manchester United, are hoping to return to the Champions League group stages after missing out last year. They have also avoided the most difficult ties and drawn the Swedish champions FC Malmo.

Again, this tie looks a lot easier than it is likely to actually be. Malmo managed an impressive 3-0 victory over Red Bull Salzburg in the 3rd qualifying round, showing incredibly resilience to come back from a 2-0 first leg scoreline.

Celtic haven’t looked particularly good so far in the Champions League, and somewhat struggled against Azerbaijani side Qarabag in the 3rd qualifying round.

BetVictor are offering odds of 8/13 for Celtic to Qualify for the group stages, odds which I think are pretty fair as Celtic do have a greater quality about them than Malmo. However, I don’t expect Malmo to lie down and take defeat quietly. Although the best odds on offer for them to qualify are 6/4, which I don’t think offer any value.

Ties of the Round

Apart from the British duo, there are a number of other interesting ties in this round of the Champions League that should produce some entertaining and high quality football.

Sporting Lisbon host CSKA Moscow in the first leg of their tie, with both teams being given an equal chance of qualifying by the bookies.

3rd place Serie A side Lazio have been handed a tough draw as they come up against Bayer Leverkusen. PaddyPower are the go to bookies for if you fancy Lazio to make it to the group stages, offering an attractive price of 5/4. However, Leverkusen are the favourites across the board, with the best odds for qualification being BetVictor’s 5/6. Personally, I think Lazio have a very good chance if they can get a good result in the home leg on Tuesday, so I think backing them to qualify would be profitable.

The tie of the round has to be the meeting of La Liga side Valencia and Monaco, with the first leg being played in Spain on Wednesday. This is a tough one to call. Monaco showed they have the quality last season as they made it to the knockout stages and beat Arsenal over 2 legs. But Valencia have the pedigree in the competition, despite their 2 year hiatus from it. I think this one is split right down the middle, but with the odds favouring Valencia I would go for Monaco as the more valuable choice at 11/8 with bet365.