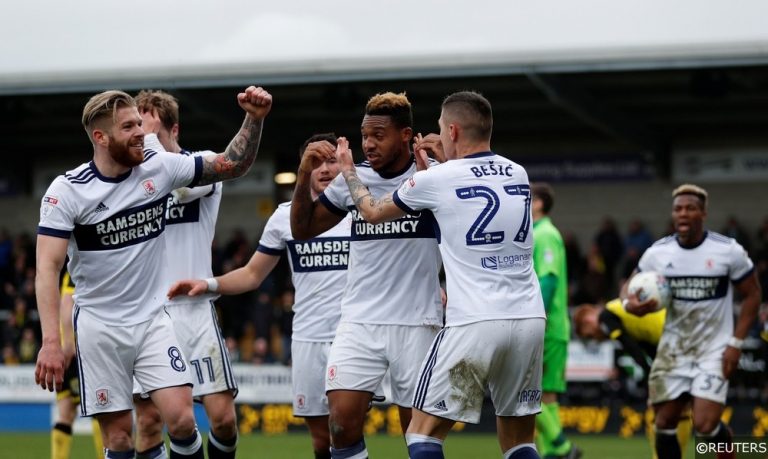 We’re just days away from the start of the new Championship season, and over at Free Super Tips we couldn’t be more excited! We’ve already predicted the Premier League table, so we got thinking and did the same for the Championship. Wigan, Blackburn and Rotherham got promoted to replace Wolves, Cardiff and Fulham who took the big leap into the Premier League.

Last season was all about the excellence, despite the controversy surrounding them, of Wolves and their super agent friend Jorge Mendes. With the signings of Ruben Neves, Diogo Jota, Willy Boly and more, they romped the league with a brilliant 99 point total. Now Leeds, Aston Villa and Nottingham Forest are employing the same tactic, can they replicate Wolves’ success, or will the relegated sides bounce straight back up?

Here are our full predictions for the upcoming Championship  campaign: 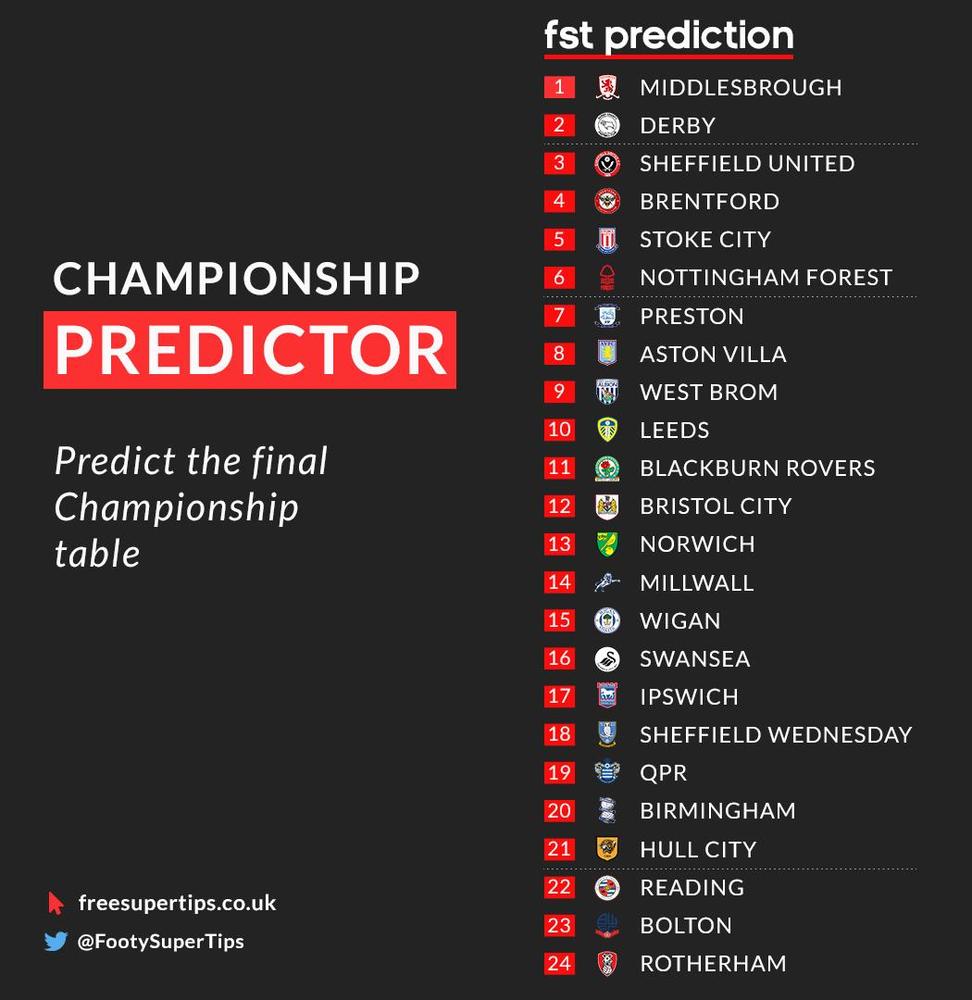 Tony Pulis already has one of if not the best squads in the league, so if they keep hold of Adama Traore and Britt Assombalonga stays fit, it’s very easy to see how the Boro win promotion back to the Premier League. Their defence has always been excellent, but with the signing of Aden Flint, that defence will only become even more solid. The former Bristol City man also provides a goal threat, netting 8 times last season in the Championship. Not many other teams have done particularly great business, nor do the relegated sides look likely to pose a title threat, so Middlesbrough look the most likely to win the league. 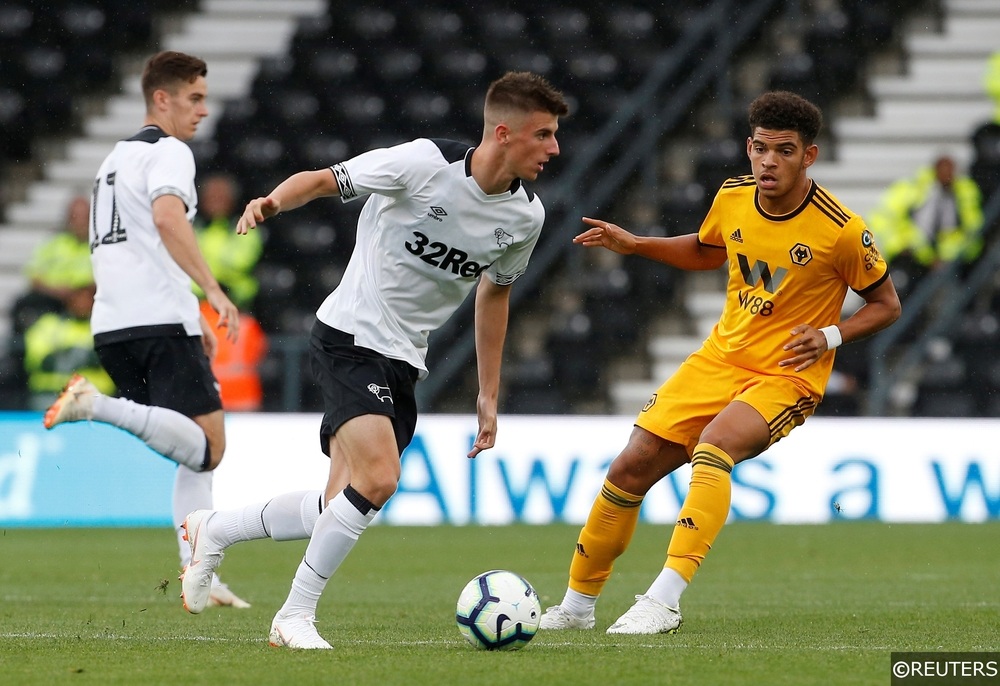 Derby will certainly be one of the sides to watch this season, with new manager Frank Lampard getting his first taste of managerial action. His Chelsea links have secured the loan signing of Mason Mount for the new season after an impressive season at Vitesse. He could prove to be vital if the Rams are to secure promotion back to the Premier League. They’ve had a great preseason, and with the squad they have and the attacking style they now play, they can definitely improve on the 6th place finish last season. 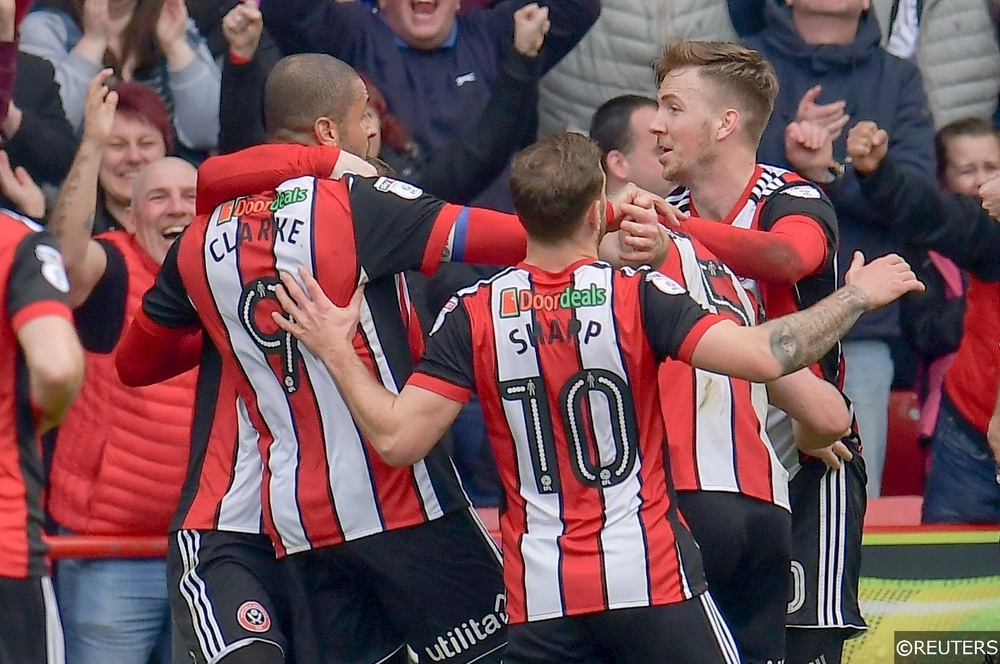 Sheffield shocked a lot of people last season, having only just been promoted from League One, they had a fantastic first campaign in the Championship, finishing in the top half. They were in contention for the play-offs up until the last few games of the season, playing a refreshing, entertaining brand of football under Chris Wilder. The signings of John Egan from Brentford and Dean Henderson from Manchester United will strengthen their defence massively, and the strike force of Leon Clarke and Billy Sharp should easily fire “The Blades” to the promotion play-offs.

Although Brentford have sold a few players this summer, they have done brilliantly in replacing them. John Egan was sold to Sheffield United, but he was replaced by promising young centreback Ezri Konsa and the highly rated Stade de Reims centre-back Julian Jeanvier. They also replaced the outgoing Florian Jozefzoon with pacy winger Said Benrahma from OGC Nice. If they keep hold of the rest of the squad, they are definitely looking stronger than last season, and with the improved defence, should break into the top 6. 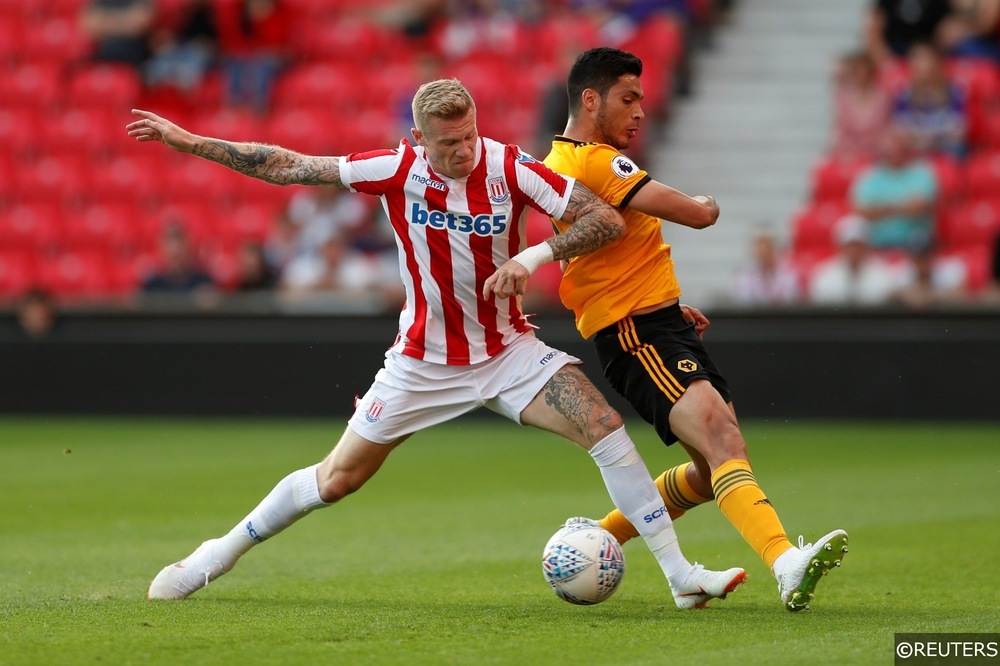 Stoke already have one of the strongest squads in the Championship, boasting the likes of Ryan Shawcross, Jack Butland, Joe Allen, Moritz Bauer and Eric Maxim Choupo-Moting. Add to that the summer signings of Benik Afobe, Tom Ince, Oghnekaro Etebo and James McClean, and Stoke should have absolutely no trouble finishing in the play-offs. They would be higher up in our predictions, but relegated sides have a history of underperforming, but even with that we think that 5th is about right for the Potters. 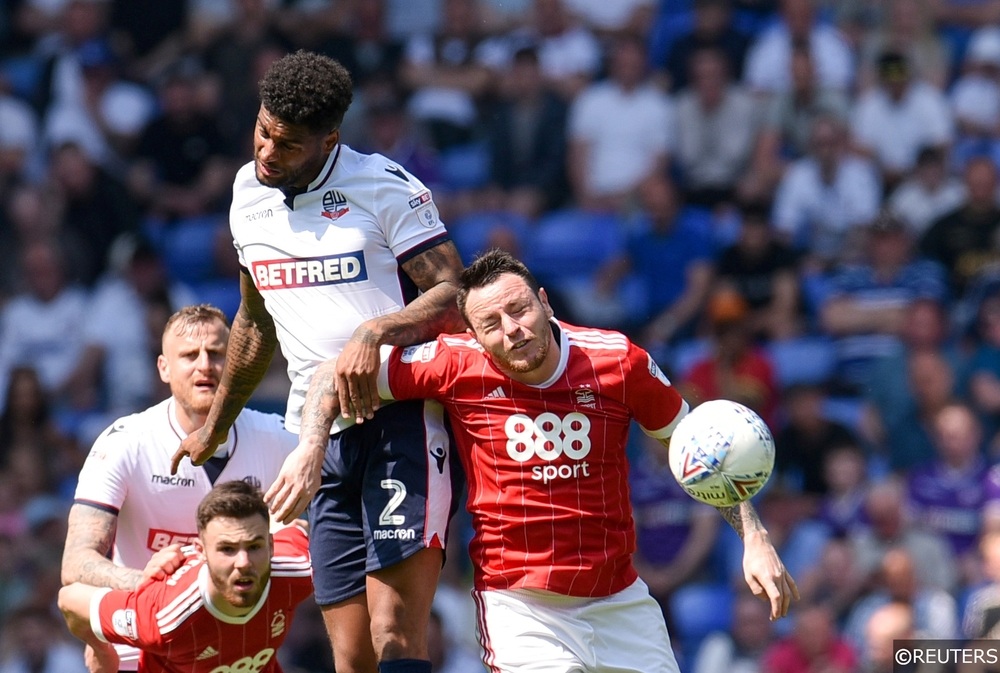 Forest have seen the success Jorge Mendes brought Wolves last season, and if you can’t beat ’em, join ’em. Jorge Mendes has helped Nottingham Forest to sign Joao Carvalho and Diogo Goncalves from Benfica for £13.5m and on loan respectively, among others. Add to that the lethal goalscoring ability of Lewis Grabban who scored 20 goals for Sunderland and Aston Villa last season, and you have a seriously threatening attack. Tobias Figueiredo from Sporting Lisbon will sure up the defence, as will free transfers Michael Dawson and Jack Robinson. Forest will greatly improve on last season, and we expect them to just about reach the play-offs. 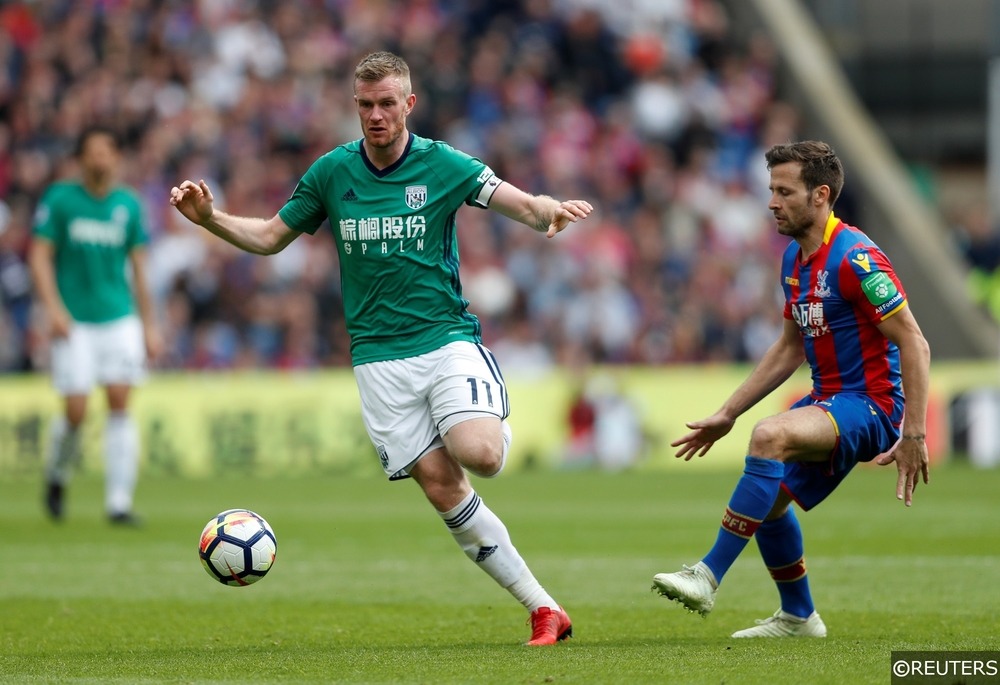 Following their relegation from the Premier League, the Baggies have lost quite a few players, namely James McClean, Jonny Evans, Ben Foster and Gareth McAuley. Krychowiak’s loan from PSG has ended, as has Ali Gabr’s, so West Brom are looking a bit thin in their squad. They have signed Sam Johnstone from Man United and Kyle Bartley from Swansea, however these are unlikely to be enough to see them in the promotion running. If Rondon stays then the strikeforce of Rodriguez and Rondon will be lethal, but that won’t quite be enough in this league. 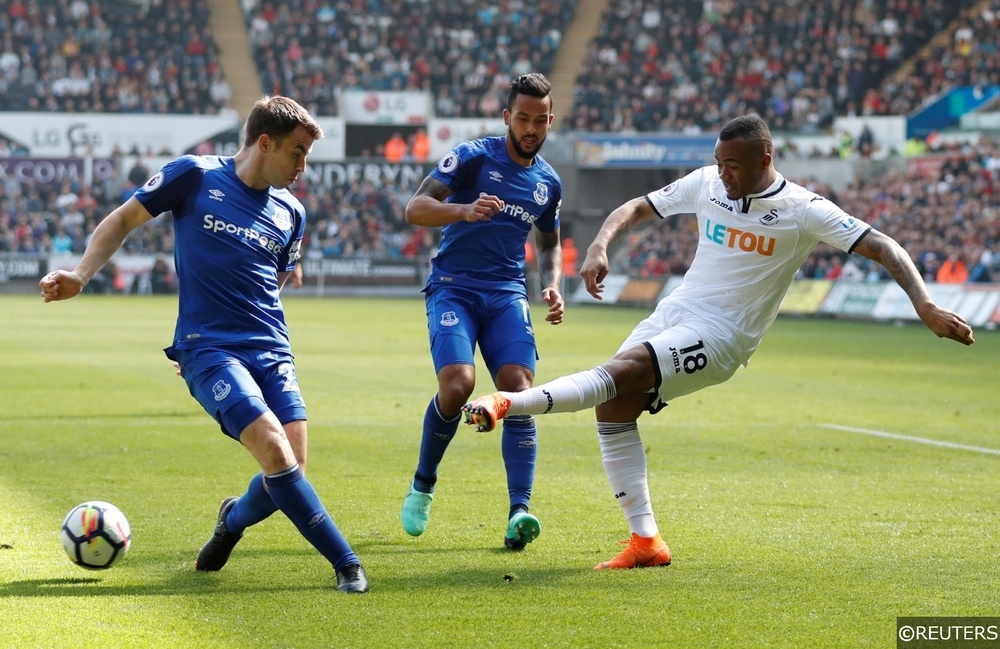 Swansea’s relegation from the Premier League has come with it a bit of an exodus. Fabianski left for West Ham, Roque Mesa left for Sevilla, Bartley left for West Brom, Mawson is nearly confirmed for Fulham, Andre Ayew has gone on loan to Fenerbahce and Ki Sung-Yong left on a free Newcastle. They haven’t really signed anyone, with the only notable signings being Bersant Celina from Man City, Joel Asoro from Sunderland and Barrie McKay from Nottm Forest. Their squad simply isn’t good enough to challenge, and even with Graham Potter at the helm, they will likely end up in the bottom half. 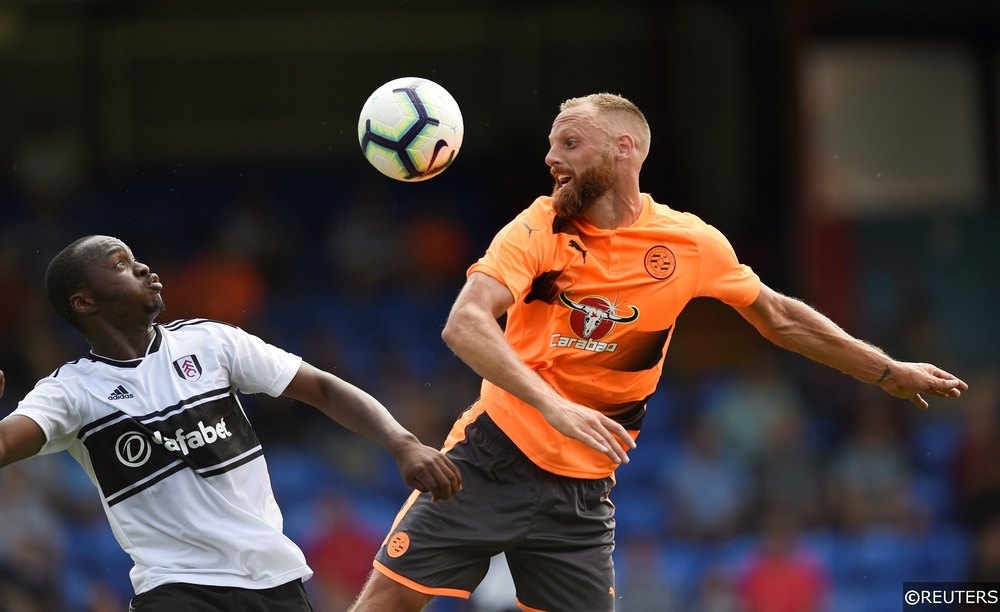 Reading really struggled last season, and having sold George Evans to Derby, they have become even weaker. They have signed John O’shea, David Meyler and Sam Baldock, but none of them really have the quality to drag this Reading side away from relegation. Now under the inexperienced tutelage of Paul Clement, they look destined to have a very poor season, which could very well end in them being relegated. With the league’s average quality improving, with neither Wigan nor Blackburn likely to struggle, Reading will have their work cut out trying to survive. 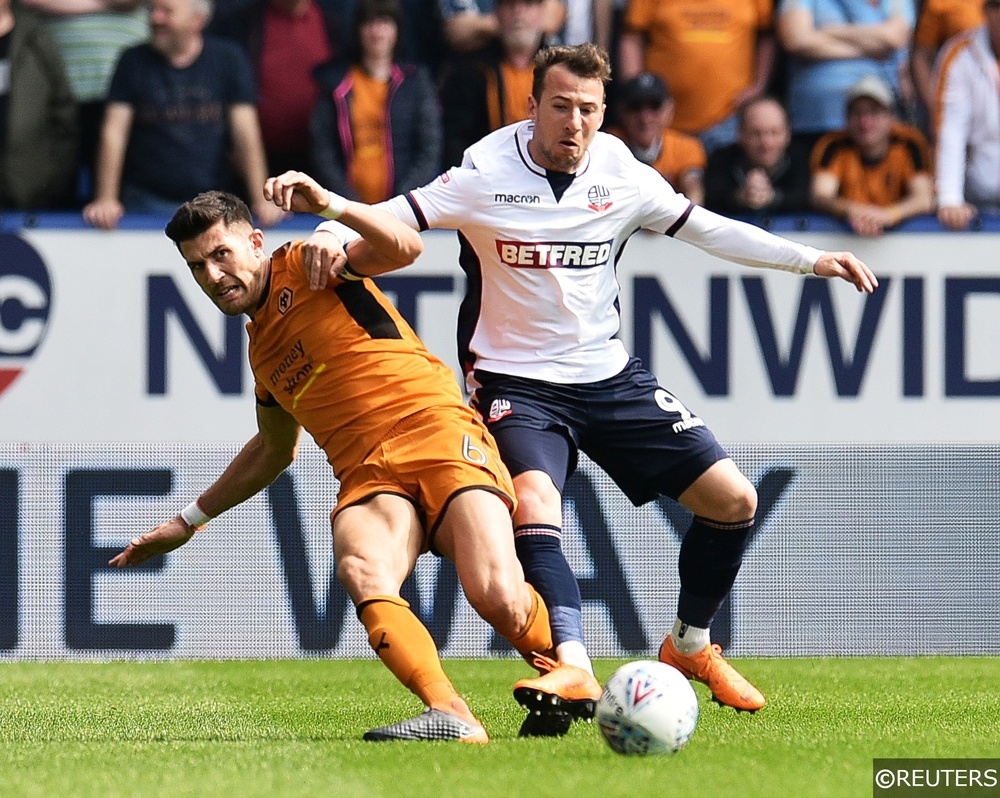 Bolton really struggled last season, and if it wasn’t for the teams below them being so terrible, they would have already been relegated. However, this season it will not be so easy. Bolton’s squad simply is not strong enough, and even though there have been some signings, none of them really have too much quality. Oztumer from Walsall will provide a few goals but the defence is poor, the midfield isn’t much better, and the Wanderers will be in a desperate dogfight to avoid relegation. 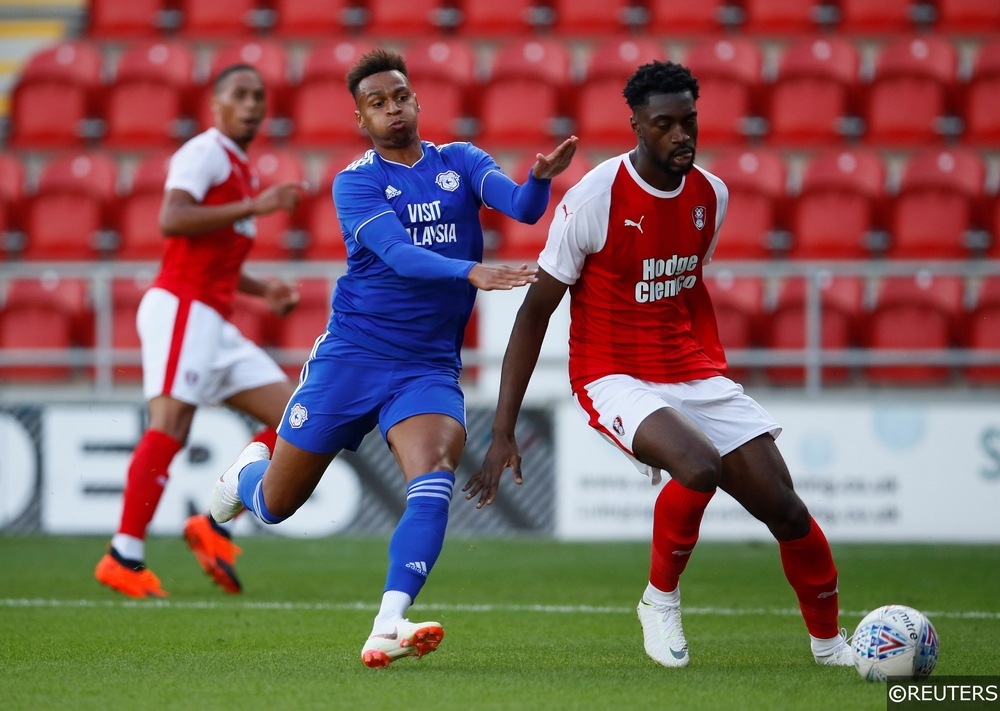 Rotherham’s squad is quite frankly terrible, their top scorer last season left his loan half way through the season, so their top scorer still in the squad scored a measly 8 goals last season. 2 players shared that total, David Ball and Joe Newell. Newell is Rotherham’s best player, with 8 goals and 9 assists last season, but he is nowhere near good enough to drag Rotherham away from relegation on his own. There has been no real transfer activity, and unless something changes drastically, it will be a woeful season for Rotherham.