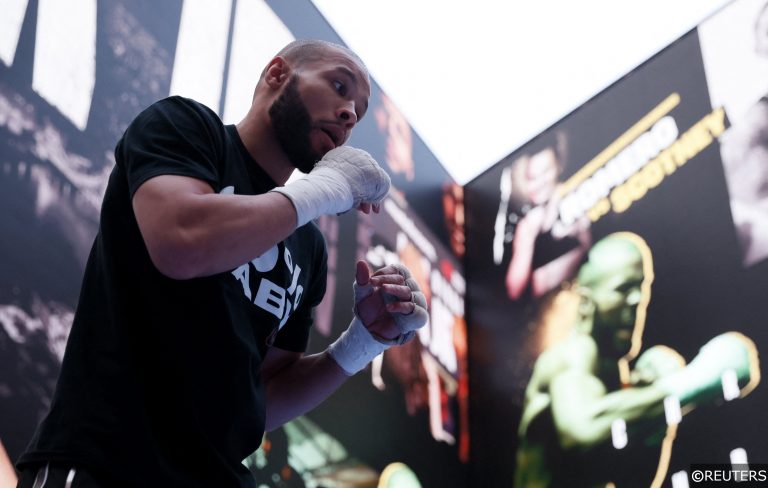 There are no titles on the line but there is still plenty at stake for the two middleweights. A victory would potentially set up a world title shot, while a defeat would be a massive setback both men can ill-afford at this stage in their respective careers.

We’ve got the main event covered as well as details of how to watch, and we’ve put together a 36/1 accumulator after landing a 10/1 multiple for the last card we covered in December after a 16/1 winner in September.

Where to watch Eubank Jr vs Smith

This 12-round affair will take place on Saturday, January 21, at the AO Arena in Manchester and ring walks for the headline event are expected at around 10pm.

Who is on the Eubank Jr vs Smith undercard?

This is Eubank Jr’s first outing in nearly a year after a catchweight match-up with Conor Benn was cancelled. The 33-year-old beat Liam Williams via a unanimous decision in his last fight and faces a stern test against Smith, a former WBO light-middleweight world champion.

This is a tricky match-up to call and technically Smith may be the superior boxer of the two, but Eubank Jr brings a bit more power to the table and that may well prove the difference. This isn’t a straightforward boxer vs brawler contest, however, as Eubank Jr has plenty of ringcraft himself and Smith is capable of claiming a win without the need of the judges – having won five of his last seven by stoppage.

This should be a closer affair than the odds suggest, Eubank Jr is the 4/11 favourites and Smith is 11/5, but Eubank Jr is the bigger of the two fighters and over the 12 rounds that could be a deciding factor.

Saul ‘Canelo’ Alvarez is the only man to stop Smith, who has three defeats in total in a 36-fight career, but Eubank Jr may be able to get the job done inside the distance here.

Eubank Jr has a slight height advantage but a fairly significant reach advantage (9cm) and if this fight is close or Smith feels he needs to force the issue in the second half of the contest it could open up a few opportunities, so a Eubank Jr win in rounds 7-12 appeals as the main bet.

There are some excellent bouts on this undercard as former heavyweight champion Joseph Parker and British cruiserweight star Richard Riakporhe are on the bill and we’ve managed to put together this 36/1 accumulator covering three of the night’s undercard bouts as well as our pick for the headliner.

British heavyweight Frazer Clarke has a perfect record with four wins in as many fights and three of those have come inside the distance. He should have far too much for Argentina Kevin Nicolas Espindola, but he may have to wait until the second half of this eight round contest to claim a win. Clarke was taken the distance in his last win against Poland’s Kamil Sokolowski and Espindola has never been stopped in 12 fights, despite losing six of those.

Joseph Parker to win by KO, TKO or Disqualification vs Jack Massey

Joseph Parker suffered a brutal loss at the hands of Joe Joyce in his last outing but the former WBO champion can respond against England’s Jack Massey.

This is a huge step up in class for Massey and this is his first heavyweight bout, having spent his entire career as a cruiserweight. Massey is a skilled operator with an excellent jab and in different circumstances he might be able to pull off an upset, but this is a massive assignment for a first heavyweight outing and Parker should be able to get the job done inside the distance.

Richard Riakporhe is unbeaten after 15 contests and will look to move closer to a world title shot by seeing off a man who has held the WBO cruiserweight title twice in Krzysztof Glowacki.

Riakporhe is the heavy favourite and should be able to maintain his unbeaten streak, but there isn’t a great deal of value in backing the Briton as Glowacki has perhaps been underestimated by the bookmakers in this one. The Pole has gone the distance with Oleksandr Usyk earlier in his career so it isn’t out of the question that a full 12 rounds is required. With that in mind, over 5.5 rounds has real appeal here as Riakporhe brings plenty of power and could claim a 12th career stoppage win but it may take him a while to work out this tricky southpaw.

Eubank Jr to win in rounds 7-12 vs Liam Smith