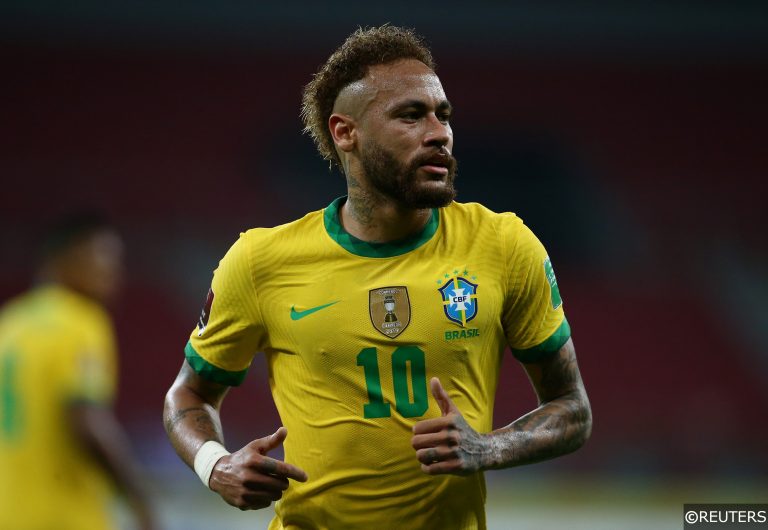 While Euro 2020 is well underway, it’s not the summer’s only international tournament. While hosting duties for the Copa America have been shuffled between three teams in the last month, South America’s biggest stars face off in Brazil over the next month.

Ahead of the tournament’s opener on Sunday night we’ve picked out our outright winner tip having taken a look at all 10 sides who are battling for glory this summer.

For more tournament tips, take a look at our Euro 2020 predictions.

It’s not a vintage year for any of the contenders lower down the betting. Chile and Uruguay have won three of the last four editions of this tournament, but neither are quite ready to take on Brazil and Argentina this summer.

Even Argentina aren’t at their best heading into this one. They were scheduled to host it until last month, but losing home advantage and their record of four runners-up finishes in the last six years shows that Argentina are just a little short ahead of this tournament.

Brazil won the Copa America as hosts in 2019, while they were in fine form as the home side at the 2014 World Cup. Having the chance to host back-to-back tournaments is perfect for this squad, who boast the best depth in South American football right now.

Brazil have won all of their games since the start of 2020, with a six-game winning run in World Cup qualifying putting them in a great place in the race to make it to Qatar next year. With that good form coming on the back of an impressive 2019 Copa America campaign, it’s hard to look past Brazil at the moment.

With a squad packed with talent and home advantage on their side, it’s hard to look past Brazil at the moment. It’s easy to see why they are heavy favourites to take the trophy, with their depth making them a fearsome prospect for any side at this tournament.

With Neymar continuing to show his talents on the international stage we expect them to thrive this summer. He’s supported in attack by Roberto Firmino and Gabriel Jesus, while Thiago Silva remains a brilliant organiser at the back and the battle between Alisson and Ederson in goal is one most national sides could only dream of.

With Tite boasting a brilliant array of stars at his disposal, back Brazil for Copa America success this summer.