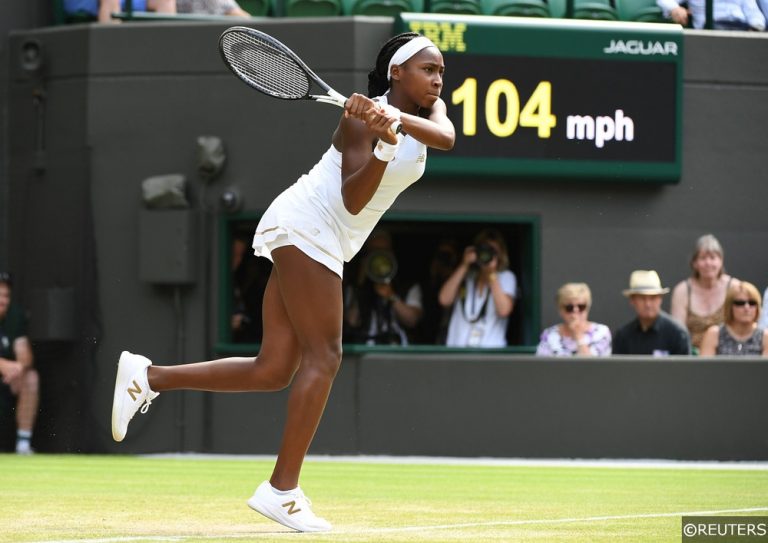 American teenage sensation Cori Gauff will be making her US Open debut this year, and the spotlight will be on the teenager at Flushing Meadows. She will be among many Americans hoping to challenge for US Open glory this year.

Cori, also known as Coco, Gauff showed great promise throughout her junior career. The American youngster was at one point the number one ranked junior, while she won two grand slam junior titles. The fifteen-year-old won the 2018 juniors French Open singles title, while she also won last season’s US Open juniors doubles title. Gauff has actually reached a US Open final in the last two years, as she also reached the 2017 juniors US Open singles final.

While she’s always been a promising youngster, this has been the season in which she’s made an incredible breakthrough on the WTA Tour. The teenage sensation made her WTA Tour singles debut at the Miami Open back in March, and it didn’t take her long to get going, as she picked up a first round victory over fellow rising star Caty McNally. While she did go on to get beaten in the second round, Gauff will have gained vital experience from her maiden WTA singles tournament.

In what turned out to be an incredible draw, Gauff was handed a first round match against five-time Wimbledon singles champion Venus Williams. Williams, who also happened to be an incredible twenty-four-years-older than Gauff, was understandably the favourite going into the match. However, it was the stuff dreams are made of for Cori Gauff, as the teenager managed to produce an incredible performance to stun Venus Williams in a straight-sets victory. It was an incredible result for Gauff, and only the start of what was to come.

The fifteen-year-old then saw off former Wimbledon semi-finalist Magdalena Rybarikova, her fifth consecutive straight-sets victory at the 2019 Wimbledon Championships, across qualifying and the main draw. In the third round, we saw a different side to Gauff. After dropping the opening set to Polona Hercog, Gauff showed incredible fighting spirit to fightback from the brink to defeat Hercog in a three-set epic.

However, her fairy-tale run eventually came to an end in the fourth round. It took former world number one Simona Halep to finally stop the incredible run of Gauff, and Halep would go onto win the Wimbledon title from there. While it wasn’t to be for Gauff, she enjoyed an incredible few weeks of tennis, and there’s no shame in losing to one of the world’s very best players.

The big question now was whether this was just a one-off from the youngster, or whether she was the real deal. Since Wimbledon, Gauff has continued to impress. The youngster managed to go through the singles qualifiers at the Citi Open to qualify for the main draw, and while she lost in the first round, it wasn’t to be the end of her week in Washington. Gauff teamed up with Caty McNally for the doubles at the Citi Open, her partner when she won last season’s juniors doubles titles at the US Open. It proved to be an inspired the decision, as the pair managed to go all the way to the titles, a result which saw Coco Gauff win her first, and surely not last, WTA Tour-level title.

It’s been an incredible few months for Cori Gauff, and she’s proven since Wimbledon that she’s not just a flash in the pan, but instead a winner. The American youngster has been handed a wildcard straight into the main draw of the US Open this year, and so she won’t have to go through the qualifying rounds. She will be among many outsiders who will fancy their chances of winning the US Open.

We know she’s going to be confident heading into New York, but how far can Cori Gauff really go at the 2019 US Open?

We’re going to have daily tennis tips and predictions throughout the US Open at Flushing Meadows. Bookmark the page to ensure you don’t miss out.