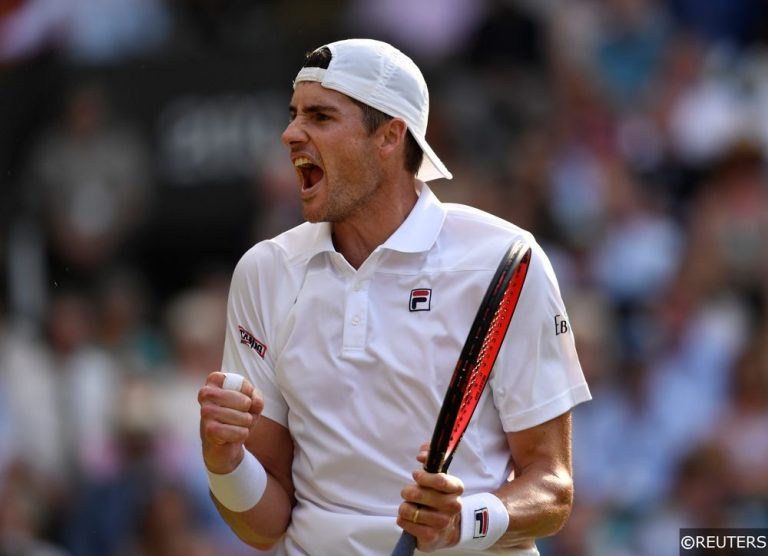 The US Open is now just a week away, and with it being their home event, there will be plenty of Americans who will fancy challenging for each singles title this year.

We look over the three American women and three American men we think could challenge for the titles in New York this year as well as the five outsiders who could win the US Open.

The obvious answer is Serena Williams, but it’s justified. Serena Williams is the joint-record-holder for most US Open titles won in the Open Era, and she always seems to produce her best tennis in New York. Williams hasn’t been beaten here prior to the semi-final stage since 2007, and since 2007, she’s managed to reach the final or better on six occasions. That includes last season, when Williams was the beaten finalist.

Serena Williams is also in the best form she’s been in since returning to the WTA Tour just over a year ago. While she hasn’t won a title this year, she has reached the final at her last two tournaments, Wimbledon and the Canadian Open. The American great has also reached the most grand slam finals of any woman at the last 5 grand slams, and so she’s clearly producing her best game when it matters most.

There are slight injury concerns surrounding the twenty-three-time grand slam champion right now, but if she’s fit for this year’s tournament, there’s no doubt she represents America’s best chance at seeing a local winner take the title.

After a quiet start to the summer, Madison Keys seems to have found her best tennis at the perfect time. The American ace won the Cincinnati Masters this past week, and so she’s going to be heading into the US Open full of momentum and with renewed confidence.

The twenty-four-year-old has been a consistent performer at the grand slam events over the past two years, and she’s managed to reach the quarter-final stage or better at 5 of her last 8 grand slams. She has, however, really been excelling at the US Open over the last two seasons. The American ace reached the semi-finals here last season, while the year before she was the beaten finalist, losing out to fellow American Sloane Stephens. Keys has actually only lost to the eventual champion here in the past two years, and so she’s proving difficult to beat on home soil.

Madison Keys has everything she needs to become a grand slam champion, and if she can improve his consistency slightly, the US Open might be her best shot at a grand slam title.

Twenty-year-old Sofia Kenin is coming into the US Open in fantastic form, and she’s definitely one to watch over the next two weeks. The young American has enjoyed a fantastic summer on the hard courts, especially her last two events.

Kenin reached back-to-back semi-finals, in Toronto and Cincinnati, at her last two tournaments, and she picked up four top-10 wins across the two weeks. The American ace is clearly not intimidated by the top ranked players, and earlier this year she proved just that at the French Open. Kenin reached the fourth round at the French Open a few months ago, her best grand slam result to date, and during that run she knocked out the great Serena Williams.

Sofia Kenin is one of the most inform players in the world right now, and she definitely has the game to challenge for the 2019 US Open title.

Taylor Fritz is one of the American’s in the men’s draw to have the best shot at this year’s US Open title. The twenty-one-year-old American has been playing the best tennis of his career over the last few months, and he should be feeling pretty confident.

Fritz won the Eastbourne International title a couple of months ago, albeit a grass court event, but he’s also impressed on the hard courts throughout the summer. Fritz reached back-to-back finals at the Atlanta Open and Los Cabos Open in July and August, while this has historically been his best grand slam event. The American ace reached the third round here last here, and he’s been constantly improving at the US Open year-on-year.

The biggest concern for Taylor Fritz is the fact he has lost his last three matches heading into the US Open, but if he can rediscover the tennis that took him to back-to-back finals just a few weeks ago, he’s going to be a dark horse at this year’s US Open.

John Isner is the top ranked American in the men’s draw this year, and he’s always a threat on home soil. The world number fourteen has had a difficult year with injuries, but when he’s played, he’s produced some great results.

Isner has performed particularly well on the hard courts, and he won the Hall of Fame Tennis Championships last month. The big serving American also reached the Miami Masters final this year, while he’s also reached a string of other hard court semi-finals throughout the season. The thirty-four-year-old American reached the quarter-finals at the US Open last season, as well as the semi-finals at Wimbledon, and so he’s actually been improving at the slams in his later years.

John Isner has arguably the best serve in tennis, and if he can serve at his very best over the fortnight in New York, the American is without a doubt one of the men to beat.

Like John Isner, Reilly Opelka’s serve is the huge weapon he possesses. Opelka, who stands at 6 foot 11 inches tall, is the joint-tallest player on the ATP Tour and the American youngster could be a dark horse in the men’s draw.

Opelka has produced his best game on a hard court this season, winning the title at the New York Open earlier in the year, while he also reached the semi-finals at the Atlanta Open a few weeks ago. Opelka also enjoyed his best grand slam run to date at Wimbledon last month, reaching the third round, and so he’s consistently improved throughout the season. The American ace has also picked up some good wins against top players throughout the year, including multiple wins against John Isner, as well as victories over Stan Wawrinka and Borna Coric.

Reilly Opelka is still only twenty-one-years-old, and so he still has a lot to learn, but there’s no doubt on his day he can cause the very best in the world problems, and it’s not beyond the realm of possibility that his big breakthrough could come at this year’s US Open.

Remember to follow our Free Tennis Predictions page of the website so you don’t miss out on any future winners. We will have daily tennis accumulators throughout this summer’s tournament at Flushing Meadows.