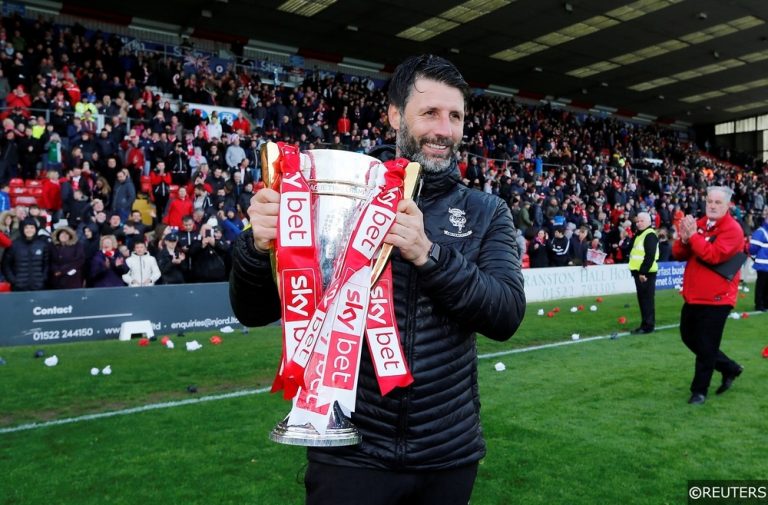 After an exciting first two weeks in Leagues One and Two, we’ve highlighted a trio of teams that look good for a few goals on Saturday and have thus put together a small accumulator for punters to get stuck into ahead of match-day three.

You can find detailed analysis, predictions, and betting tips for all this weekend’s action in our Match Previews section.

While it’s been a steady start to the new campaign for Coventry, Mark Robins’ men haven’t yet found their feet in front of goal, scoring just once in two matches, though fear not, as their performance last time out was encouraging from an attacking point of view, while a home match against a reasonably weak Bristol Rovers side presents the hosts with the perfect opportunity to find their stride in front of goal.

Against Bolton, Coventry upped the tempo in terms of creativity, as they rattled off 21 shots and posted 2.05 expected goals for. Had those who found the net stayed onside, then the Sky Blues would’ve left the North West having scored three goals. Add in the fact that Bristol Rovers looked weak when conceding twice (and shipping 1.76 expected goals for) and Coventry, who’re not short of attacking talent, look a good bet to score multiple goals for the first time this term.

While Coventry have failed to find the net multiple times during a single league game this season, Lincoln look to continue their 100% record of scoring at least twice since stepping into League One.

Last time out, Danny Cowley’s men, who recently bolstered their attacking options by bringing in impressive performers such as Jorge Grant and Tyler Walker, both of whom thrived at Mansfield last term, showed how clinical they can be when delivering a counter-attacking performance away against promotion hopefuls Rotherham.

However, it is their first home performance that stands out most. Against Accrington on match-day one, the Imps created chances at will, as they delivered an impressive 2.32 expected goals for, which culminated in them finding the net twice on route to victory. Such an effort bodes well ahead of a match against a Southend side that has shipped four in two and who conceded 1.59 expected goals last time out.

Backing a visiting side to notch twice won’t be everyone’s cup of tea, but there’s plenty to like about the attack-minded Crawley Town ahead of their trip to Glanford Park.

Having won one and lost one, it’s been a mixed start results wise, though from a performance point of view, it’s been an excellent start to the season for Crawley, who by adopting a forward-thinking approach have looked very threatening going forward, both when dictating the play and on the break.

Match-day one saw the Red Devils create a pleasing 2.2 expected goals for, while they match-day two saw them improve on that by posting 3.53 expected goals for against the financially powerful Salford City. With their cavalier approach, Crawley have taken no less than 38 shots, 14 of which have hit the target, during their first two matches. Backing them to continue thriving in the final third against a Scunthorpe side that has had a troubled time of late makes plenty of appeal.