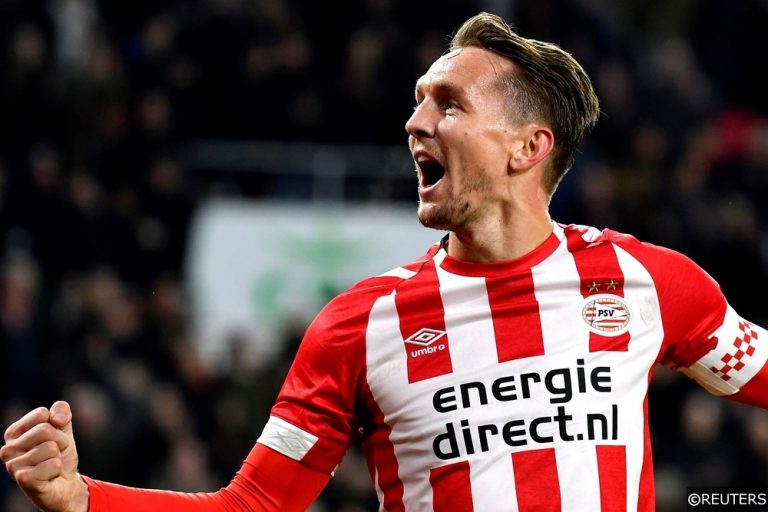 At the halfway point in the 2018/19 Eredivisie season PSV hold a two point lead over Ajax, with both sides only losing one of their seventeen league games so far. Third placed Feyenoord are already twelve points of the title pace and appear highly unlikely to have what it takes to challenge Ajax and PSV this season. Utrecht, Vitesse, Heracles, and AZ Alkmaar make up the the rest of the top seven and the likely candidates to be battling it out for places in Europe next season.

Up until they met Feyenoord in early December, PSV looked like they might have had what it takes to go the entire season unbeaten, but that wasn’t to be the case as a 2-1 defeat in Rotterdam saw the reining Eredivisie champions drop their first points in the league. PSV had laid waste to Ajax in September courtesy of a 3-0 win at the Philips Stadion, and after beating their title rivals in such convincing fashion the talk of an unbeaten, and even the perfect domestic season, began to surface. Following that humbling defeat to Feyenoord, the title favourites thrashed Excelsior 6-0, won away at high flying Heracles 4-0, and recorded a 3-1 win at home against another of the European hopefuls, AZ Alkmaar. This reaction to to a first defeat in fourteen matches certainly provides a portion of the reasoning behind our pick for PSV to claim the Eredivisie title this season, but it’s also down to their attacking and defensive record, and their performances in big games, especially against their arch rivals Ajax.

There are just two points separating the top two clubs with Ajax only dropping points during that defeat to PSV and in a draw on the opening day of the campaign at home to Heracles. Both PSV and Ajax have scored 60 goals and conceded just eight so far this season, all of which points to one of the closest title racers in Dutch football for  many a year. PSV have won four of the last seven encounters between the two clubs, drawing once, and only losing twice, and that’s another reason why we think the Eindhoven club will just edge out their rivals this season. PSV have been knocked-out of the Champions League and KNVB Beker, so can solely concentrate on the league alone, while Ajax have a Quarter-Final tie in the KNVB Beker against Heerenveen coming up, not to mention their huge Champions League tie against the might Real Madrid. This extra time in the schedule for the second half of the season could prove vital to the title race in the Netherlands, and we simply can’t see PSV failing in their bid for a 25th Eredivisie title.

At the midway point in the 2018/19 Eredivisie season a total of 522 goals have been scored at an average of  3.41 per game, 54% of which have arrived in the second half, which has helped make this season very exciting to watch for both fans of the teams involved and spectators from across the globe.

Last season the final total of goals was 960 at an average of 3.14 per match, which means that this time around over 1000 goals could be scored. Seven of the top eleven goalscorers at the halfway point in the 2018/19 season are made up of PSV and Ajax players as you might expect, with both teams scoring 60 goals each in just seventeen matches.

Five of the top ten scorers are Dutch nationals, with PSV’s de Jong leading the way on fourteen goals. Spaniard Fran Sol is just one goal behind de Jong for Willem II, while former Burton Albion and QPR midfielder El Khayati sits third in the chart with twelve goals for Den Haag. Mexico’s Lozano is the second PSV name on the list having chipped in with eleven goals, and two Ajax players Tadić and Ziyech have ten goals to their name, as does Swedish striker Peterson of high flying Heracles.

Other names worth a mention are PSV’s Bergwijn and Breda’s te Vrede on nine goals, Vlap has eight for Heerenveen, while veterans Huntelaar and van Persie have proved they can still offer something to their clubs with eight and seven leagues goals respectively. While it might seem obvious to pick out the league leaders and Eredivisie’s current top scorer as out pick to score more goals than anyone else in the division this season, de Jong has much less of a chance of getting injured with his club already out of Europe and the Dutch Cup. Ajax remain in both competitions and will have to rotate their forward line at some point, while even remain in the KNVB Beker which means more games for their goal machine Fran Sol.

At 28-years of age, de Jong is now in his prime and this season looks back to his best in the red, white, and black of PSV. If the Dutch forward can avoid injury then he certainly has a great chance to score 20+ goals in the Eredivisie this season as he did for Twente in 2011/12 and his current employers during both the 2014/15 and the 2015/16 campaigns.

For all of the predictions and betting tips for every Eredivisie game checkout our match previews.