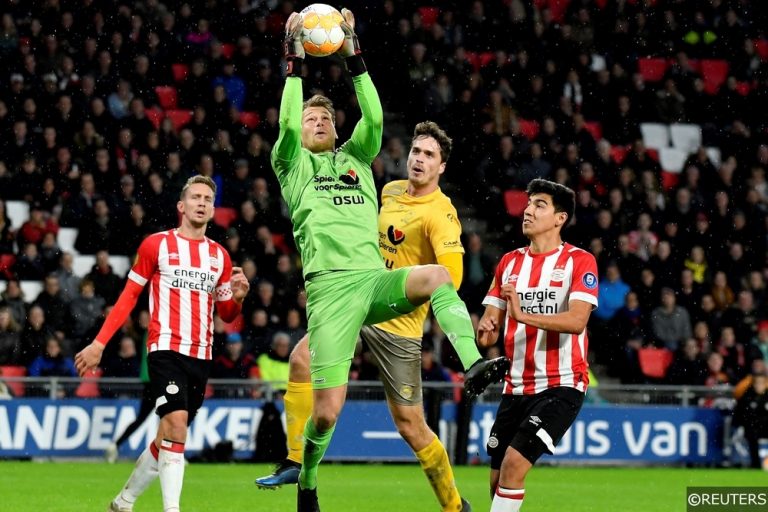 At the halfway point in the 2018/19 Eredivisie campaign five points separate the bottom six clubs and we are set for another exciting relegation battle in the top flight of Dutch football. Newly promoted De Graafschap prop up the table with twelve points from their opening seventeen games back in the Eredivisie, with Breda and Zwolle completing the current bottom three. Groningen, who struggled last season, sit one place above the drop zone, while Excelsior have slipped down to fourteenth position following three defeats on the run before the winter break. Last, but not least, we have Emmen, who as one of the newly promoted sides, as well as a team playing in their first ever top flight season, will be pleased to have a two point lead on the bottom three, but will be all too aware that such an advantage can disappear in a single weekend.

To Finish in the Bottom Three

Newly promoted clubs so often struggle when making the step up to the top flight in any country, and that has certainly been the case for De Graafschap, who have the lowest amount of wins (3) and the highest total of defeats (11) at the halfway point in the season. The divisions bottom club have scored the lowest amount of goals so far (14) and have conceded the second highest amount of goals (43) in the Eredivisie this season, all of which does not bode well for the second half of the campaign. Funds are tight, as with most of the bottom half of the table sides in Holland, and finding that goalscorer and defender to sort their problems out at both ends of the pitch is going to be tough, if not impossible.

Excelsior might be a surprise choice to many of you who follow the Eredivisie regularly, especially as they claimed an 11th place finish last season, but the clubs suffered three straight defeats before the winter break and have conceded more goals than any other team so far (45). Excelsior have had a yo-yo relationship with the Eredivisie since earning promotion to the top flight in 2002, suffering three relegations. Excelsior are currently enjoying their longest stay in the Eredivisie since earning promotion in 2002, finishing one place above the drop zone in 2014/15 and 2015/16, then 12th in 2016/17, and 11th last season, but find themselves just two places and one point above the bottom three right now.

Earning promotion to the Eredivisie for the first time in their history was the most memorable moment in the history of FC Emmen, but keeping their heads above water in 2019 would be a much greater achievement. As things stand Emmen occupy 13th place in the table with seventeen points from seventeen matches, but have only scored 19 goals so far and have conceded 36. With a small first team squad that consists mostly of Dutch players and doesn’t boast many household names, Emmen have done very well to kept themselves out of the bottom three at the halfway point in the season, but without the funds to strengthen and the possibility of injuries during the second half  of the season, we think their lack of experience compared to fellow relegation battlers Breda, Groningen, and Zwolle is likely to see them finish in the bottom three.

Newly promoted Fortuna Sittard have taken to life back in the Eredivisie like a duck to water, sitting in ninth place with twenty points from their seventeen league games. Last seasons second placed side in the Eerste Divisie were regulars in the top flight of Dutch football during the 1990’s, spending just two season in the second tier between 1993-1995. Fortuna Sittard’s return to the top flight for the first time in sixteen years began slowly, with the club failing to win any of their opening four matches. However, three wins at home and two on the road, coupled with five draws betwixt and between have seen Fortuna Sittard flirt with the possibility of a top half finish this season. In December the newly promoted club earned their most famous and eye-catching result of the campaign so far, winning 2-0 in Rotterdam against Feyenoord. With 29 goals scored and 30 conceded, Fortuna Sittard have a decent balance up front and in defence, which points to survival in the Eredivisie and possibly a comfortable mid table finish.

To see all the latest predictions and betting tips for every Eredivisie game check out our match previews.