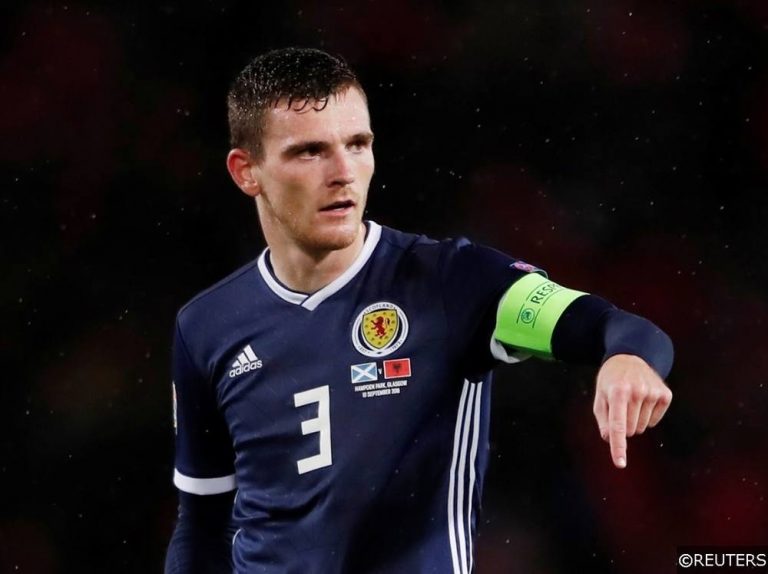 England, Scotland and Wales will all contest crucial fixtures over the next two days in their bid to strengthen their chances of qualifying for the 2020 European Championships next year.

On Friday evening, Scotland host Russia at Hampden Park in what could prove to be a pivotal Group I tussle in Glasgow, while Wales play Azerbaijan for three equally important Group E points in Cardiff at the same time.

24-hours later, England will attempt to extend their perfect start to Group A at Bulgaria’s expense at Wembley Stadium in a Euro 2020 qualification face-off that the Three Lions are expected to dominate.

Ahead of what promises to be another frantic scramble for Group Stage points, we’ve compiled a selection of Home Nations betting tips to sink your teeth in to. Check them out below.

Remember – we’ll be covering all this week’s international football extensively in our match preview section! 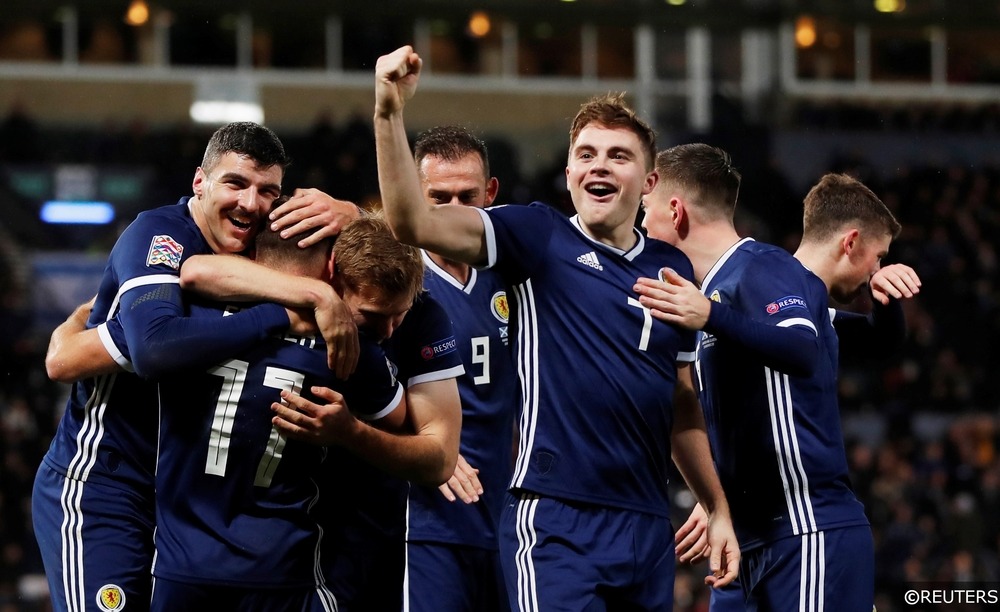 Celtic winger James Forrest has been in rip-roaring form for his club over the past month, rattling home six goals in eight appearances for The Bhoys in all competitions.

For Scotland, Forrest usually scores his goals in bursts, and though his record shows five goals in his last six games for his country, the 28-year old bagged his haul inside two matches last year.

However, our analysts expect Scotland’s meeting with Russia to be a high-scoring encounter, and given his current goal-getting form, Forrest looks a great bet to get among the goals.

Magomed Ozdoev to get booked 3/1

Scotland’s clash with Russia pits two combative midfield units against each other at Hampden Park, and 26-year old enforcer Magomed Ozdoev is certain to be in the thick of the action when the challenges are flying.

The Zenit St. Petersburg anchorman has a clean slate in terms of bookings in Group I so far, however, the midfielder has started his club campaign by picking up four cautions in just eight games for The Lions.

We think Ozdoev’s poor disciplinary record and penchant for leaving his foot it makes him a prime candidate in the bookings market for Friday’s game. 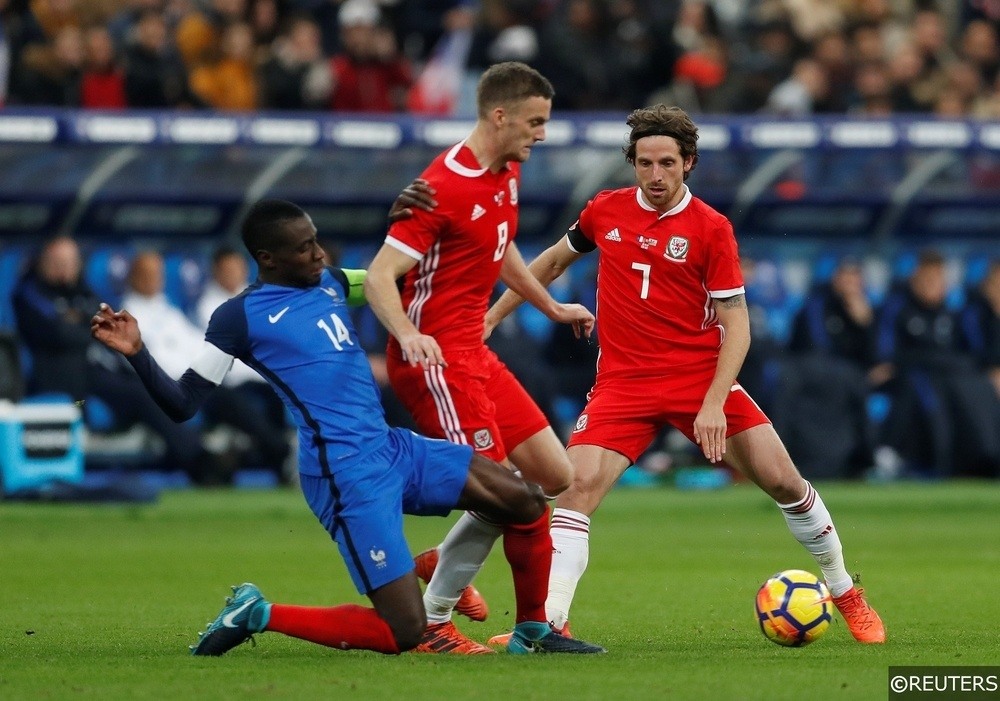 21-year old wide attacker Daniel James start to life with his new club Manchester United has been the stuff of dreams, and the former Swansea youngster joined up with Ryan Giggs’ Wales squad fresh from scoring three times in his first four Premier League appearances.

The rapid youngster is positively exploding with confidence right now, and with his shooting and finishing skills looking so sharp, we think James is well worth backing to score against an Azerbaijan defence that shipped eight goals in their last two qualifiers.

Our experts have tipped Wales to beat Azerbaijan in Cardiff this week. Check out the rest of their predictions for the game in our match preview.

Maksim Medvedev to get booked 10/3

Long-serving Azerbaijani skipper Maksim Medvedev is used to drawing unwanted attention from referees. The 29-year old Qarabag defender is one of the most experienced members of the Azerbaijan squad, though he tends to struggle against teams with pace in attack.

Medvedev was booked in two of the three fixtures he started for his country in Group E so far, and the hard-hitting centre-half picked up a further two yellows inside his last 5 appearances for Qarabag in the Champions League qualification rounds earlier this season.

We expect Medvedev to struggle against Wales’ youthful and incredibly quick frontline in Cardiff, and that in turn makes him worth considering in the bookings market. 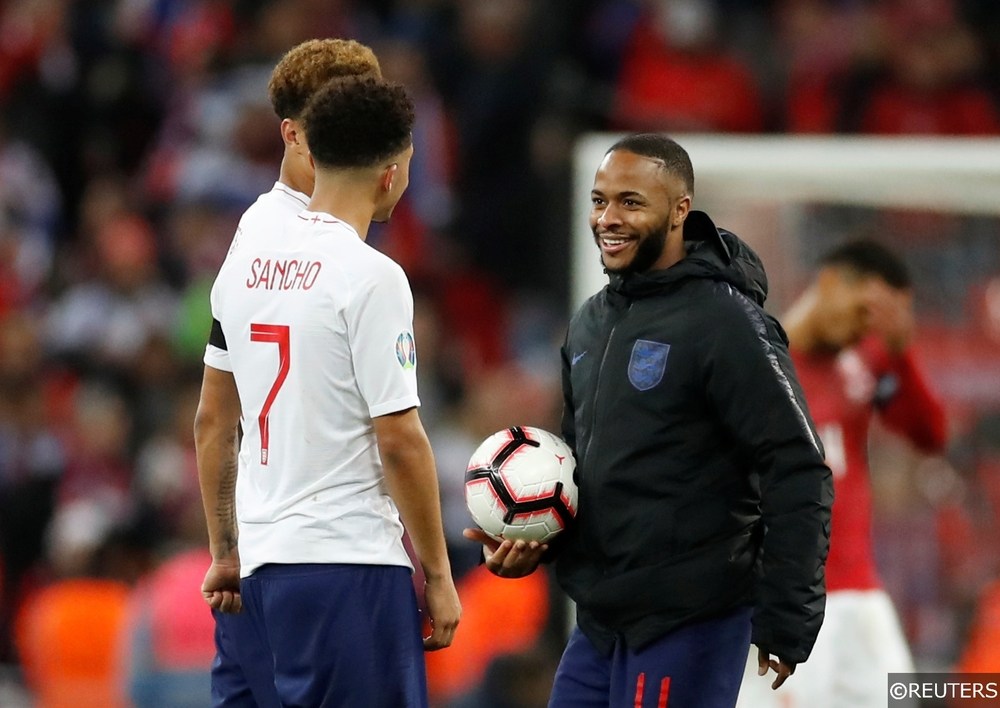 Manchester City star Raheem Sterling has been in electric form in the opening throes of the 2019/20 season, plundering five goals in four Premier League starts for the defending champions.

Sterling has also been the star of the show for England in Group A so far, running up a foul-goal haul after only two fixtures in the Three Lions’ section.

The 24-year old has averaged an impressive 3 shots per game in the Premier League this season – an attempts average Sterling has matched exactly in his Euro 2020 qualification outings to date.

Our experts have tipped England to win with relative comfort against Bulgaria this weekend, and with Southgate’s men set to dominate, Sterling should be able to improve on his average shot output.

Sterling also features as any anytime goalscorer pick in our England vs Bulgaria bet365 Bet Builder tips. Read the rest of our selections with a whopping 50/1 acca here.

20-year old Declan Rice might be a relatively new face on the international scene for England, but already the West Ham midfielder has left his mark on the Three Lions squad……..as well as his opponents’.

In his two starts for Southgate, Rice made four and seven tackles against the Netherlands and Montenegro respectively, while his tackle average for the season so far in the Premier League for West Ham stands at a bone-bruising 3.5 per game.

Rice is unlikely to have an overwhelming amount of defensive work to get through against Bulgaria, but his enthusiasm alone should allow him to pass our targeted 1.5 tackle target with ease.

A treble featuring three of our Home Nations predictions above (Forrest to score anytime, James to score anytime and Sterling over 3.5 shots) is available at 25/1 odds with bet365! Click the banner below to bet now.