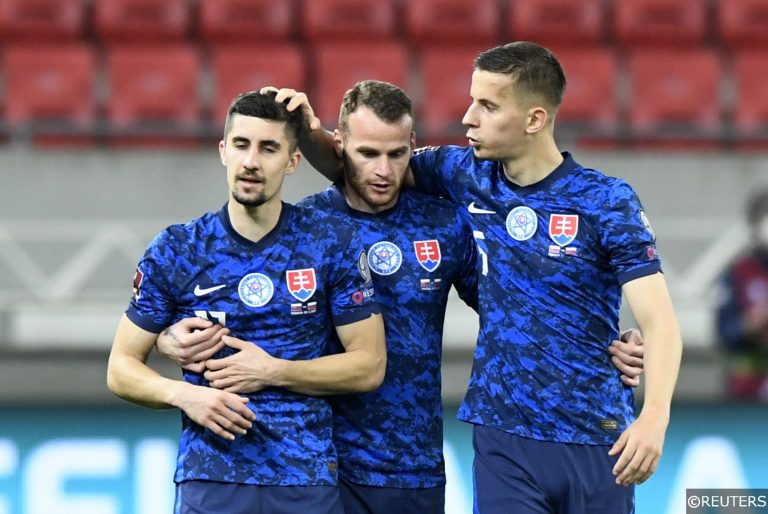 Slovakia have only taken part in two major international tournaments prior to Euro 2020 – World Cup 2010 and Euro 2016 – following a barren spell after the split of Czechoslovakia in the 90s.

They went through the Group Stage as best third-place finishers in Euro 2016 after beating Russia and drawing with England but were promptly dumped out of the last-16 by Germany.

Slovakia may have made it to the knockout stage in their European Championship debut five years ago but their prospects look decidedly worse in 2020.

No longer do they have Martin Skrtel at the back and both Marek Hamsik and Vladimir Weiss are in their thirties now and are winding down a bit. There is very little in the way of quality elsewhere, either, with Inter defender Milan Skriniar being the one exception.

Their path to the finals wasn’t exactly a smooth ride either, with Slovakia needing playoff wins against Republic of Ireland and Northern Ireland after a third-place finish in their group.

They have followed that with wins against Scotland and Russia sandwiching disappointing results against Czech Republic, Cyprus and Malta, and their 1-1 draw with Bulgaria this week suggests they’re still not at the top of their game.

It certainly doesn’t look promising for the Slovaks despite their relatively weak group draw. They will face off against Spain, Sweden and Poland, but given the way they limped to the tournament it wouldn’t be a surprise to see them finish plumb last of Group E.

One to watch: Marek Hamsik

Former Napoli man Marek Hamsik is undoubtedly on a downward trajectory as he enters his mid-thirties but the technical ability that helped him break Diego Maradona’s goalscoring record for Napoli will never be forgotten.

Hamsik is the most experienced man in this Slovakia squad with 126 caps and holds their goalscoring record with 26 notches. He’s not the player he once was, but he’s still Slovakia’s most talented attacking asset.

There aren’t many particularly bright prospects coming through the Slovakian ranks right now but 18-year-old Tomas Suslov has broken through in the last 12 months and looks one for the future.

The attacking midfielder plies his trade through the centre for Groningen, amassing 26 Eredivisie appearances this season and chipping in with two goals and five assists. Slovakia manager Stefan Tarkovic prefers him on the right, though, and he has featured there in three of Slovakia’s last five games. He could be one to watch.

In 2016, the Slovakian Football Association decided a new nickname was for the national team was needed for their European Championship debut and Slovakia are now known as the Slovak Falcons. 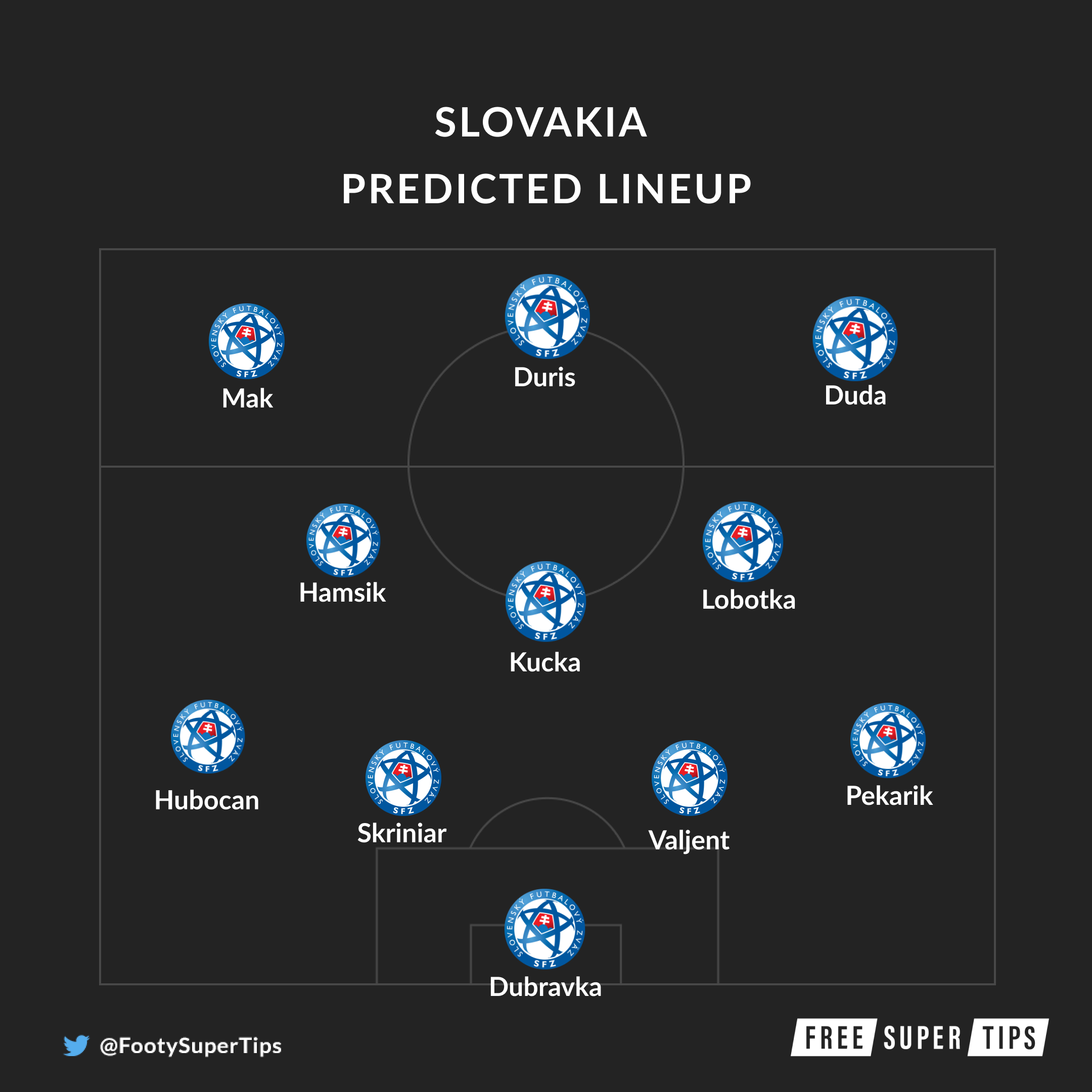 Slovakia are lacking in quality all over the pitch but their biggest problem by far is in the attacking sense. They have very few reliable goal-getters available to them, illustrated by the fact their three named attackers have just 12 goals in 78 combined appearances for the national team.

Ferencvaros winger Robert Mak is probably their biggest attacking threat but will he be able to sufficiently challenge the Spanish, Swedish and Polish defence? I’m not so sure.

A goal per game looks a stretch too far.