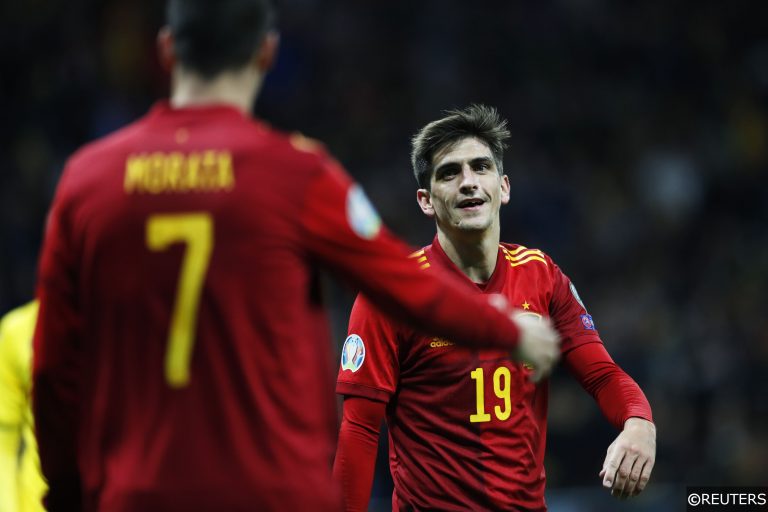 Spain went from Europe’s perennial underachievers to the golden side of Europe when they won their second Euros crown in 2008. They won an incredible three major tournaments on the spin between 2008 and 2012, but the last nine years have been a struggle. Two Last 16 exits and a group stage elimination have followed, with Spain far behind the continent’s elite.

There’s little sign that Luis Enrique has rolled the clock back for Spain to the dizzy heights of 2010. That’s a tall order anyway, given how Spain benefitted from the perfect storm of Pep’s Barca laying a template and a group of experienced stars agreeing to curb club rivalry and thrive together.

This is a new start for Spain who have finally departed from any lingering connection to their golden generation, bar the continued presence of Sergio Busquets. Experienced defender Sergio Ramos misses out due to missing the run-in for Real Madrid. That’s seen a new central defensive partnership emerge, with Europa League winner Pau Torres joining Man City’s Aymeric Laporte. That Laporte has switched allegiance after difficulties making the French squad says a lot about Spain’s standing right now.

The nature of the draw means that Spain can better themselves by default. Their early exits in recent years haven’t set a high bar, but a very straightforward group and a potential grudge match with Russia in the Last 16 means that Spain have a good path into the last eight. It’s at that point they’d start being really tested. A Quarter-final place is a must for the 2012 European champions, but they’re likely to fall short of anything beyond that.

One to watch: Marcos Llorente

The Atletico Madrid midfielder is one who can do almost anything. Anyone who saw his double at Anfield last year to dump Liverpool out of the Champions League would struggle to believe he broke through as a defensive midfielder. However, that apprenticeship means he’s capable of ticking all boxes in midfield, making him a crucial cog in the Spanish set up.

The Barcelona midfielder is possession hungry in the mould of Andres Iniesta and he’s dealt with those comparisons enough to earn Lionel Messi’s seal of approval. Having forced his way into his club side, you’d expect that he’s not far off the Spanish starting 11.

Spain had one of Europe’s worst penalty shoot-out records before their golden run started in 2008. However, they won all three shoot-outs from 2008 onwards until their World Cup exit at the hands of hosts Russia. 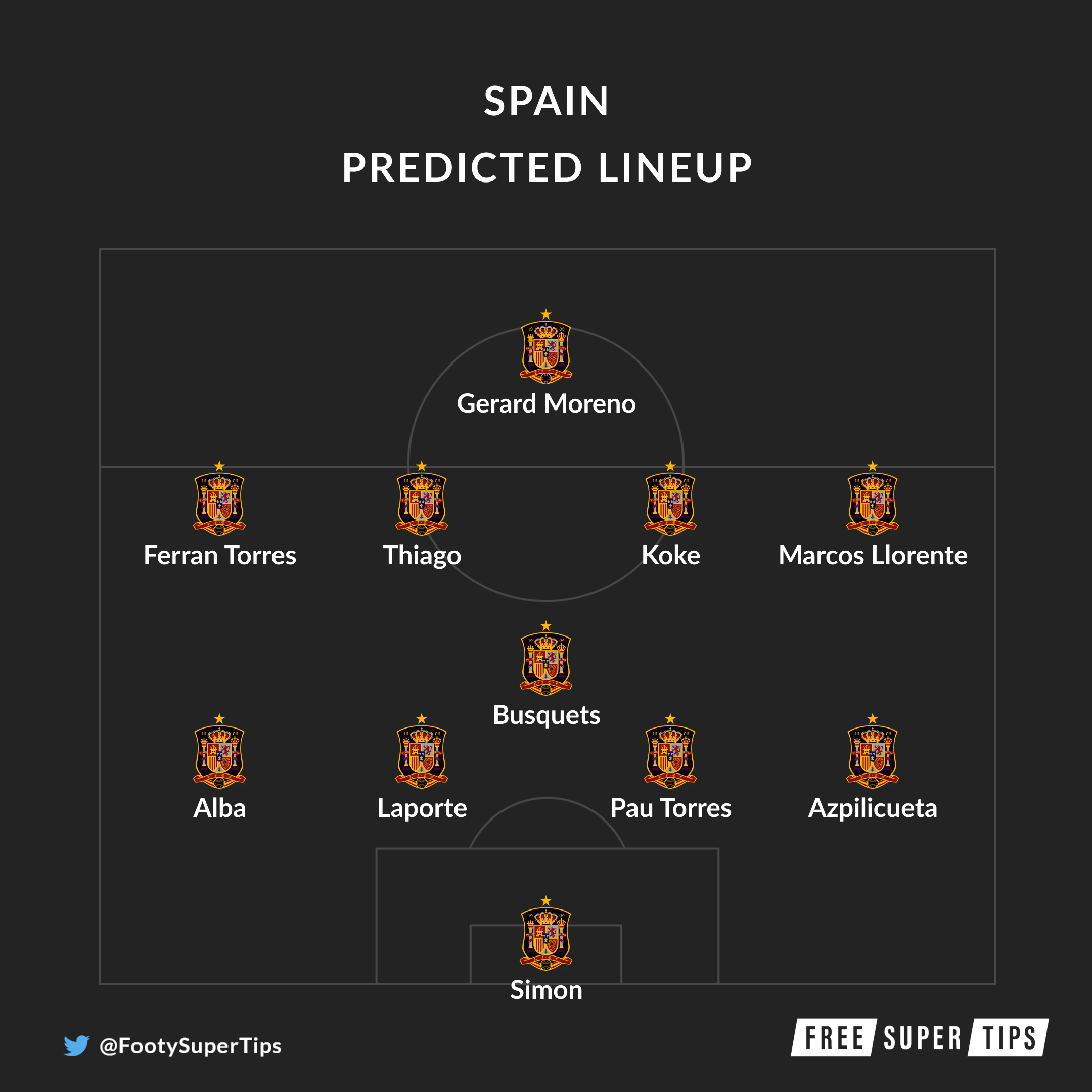 The Spanish are 1/2 joint-favourites to make the last eight and they’ve been priced up at 1/3 to win this group. Sitting alongside Poland, Sweden and Slovakia they’re hardly up against and getting out of the group should really be formality for the Spanish this time around.

However, they drew three of four games at the 2018 World Cup and they have drawn four times in a seven-game unbeaten run coming into the tournament. They have landed comfortably within a group with no major threats to them, but the Spanish are likely to slip up at some point against that trio, especially if they win their first two ahead of a final-game meeting with Poland.

With Spain heavy favourites in Group E, we think the value on them is to back them to secure seven points. None of the three sides are strong enough to beat Spain and we can see them picking up two wins from the three, but a perfect run in the group stage seems beyond them. As a result, the 9/4 on offer for them to record two wins and a draw is our pick of the bunch for the Spanish.