England will start this summer’s European Championship as one of the favourites to lift the famous Henri Delaunay Trophy, though Gareth Southgate will need to bring his strongest possible squad to the tournament if the Three Lions are to roar to glory.

While established England regulars like Harry Maguire, Raheem Sterling, Marcus Rashford and Harry Kane are certain to make the cut, Southgate has a number of other selection dilemmas to solve ahead of finalising his 23-man roster for the pan-continental competition.

With the country’s pool of talent as deep as it has been in generation, England have high-calibre performers vying for just about every position, and below, we’ve taken a closer look at some of the fringe and “maybe” players hoping to force their way into Euro 2020 contention.

Jesse Lingard has looked a player reborn since swapping Manchester United for West Ham, and the attacking midfielder has made a swift transition from internet meme favourite to one of the Premier League’s most red-hot performers.

With five goals and two assists in seven starts since his temporary switch south, Lingard has been a massive hit in London, and his superb performances earned him a recall to the Three Lions squad where he is in line to win his first cap since 2019 this week.

Lingard, who starred for England at World Cup 2018, also has international tournament experience behind him, and his knowhow could prove useful in Garth Southgate’s youthful England set up.

Gareth Southgate’s decision to leave Liverpool defender Trent Alexander-Arnold out of his first squad for England’s World Cup qualification campaign certainly raised a few eyebrows, though applying any long-term rationale to his choice is probably unwise.

Like many of his Reds teammates, the 22-year-old’s club form has been patchy this season, though Alexander-Arnold is world-class at his best, and the technically gifted Liverpudlian will almost certainly be welcomed back into the fold when the Euros roll around. 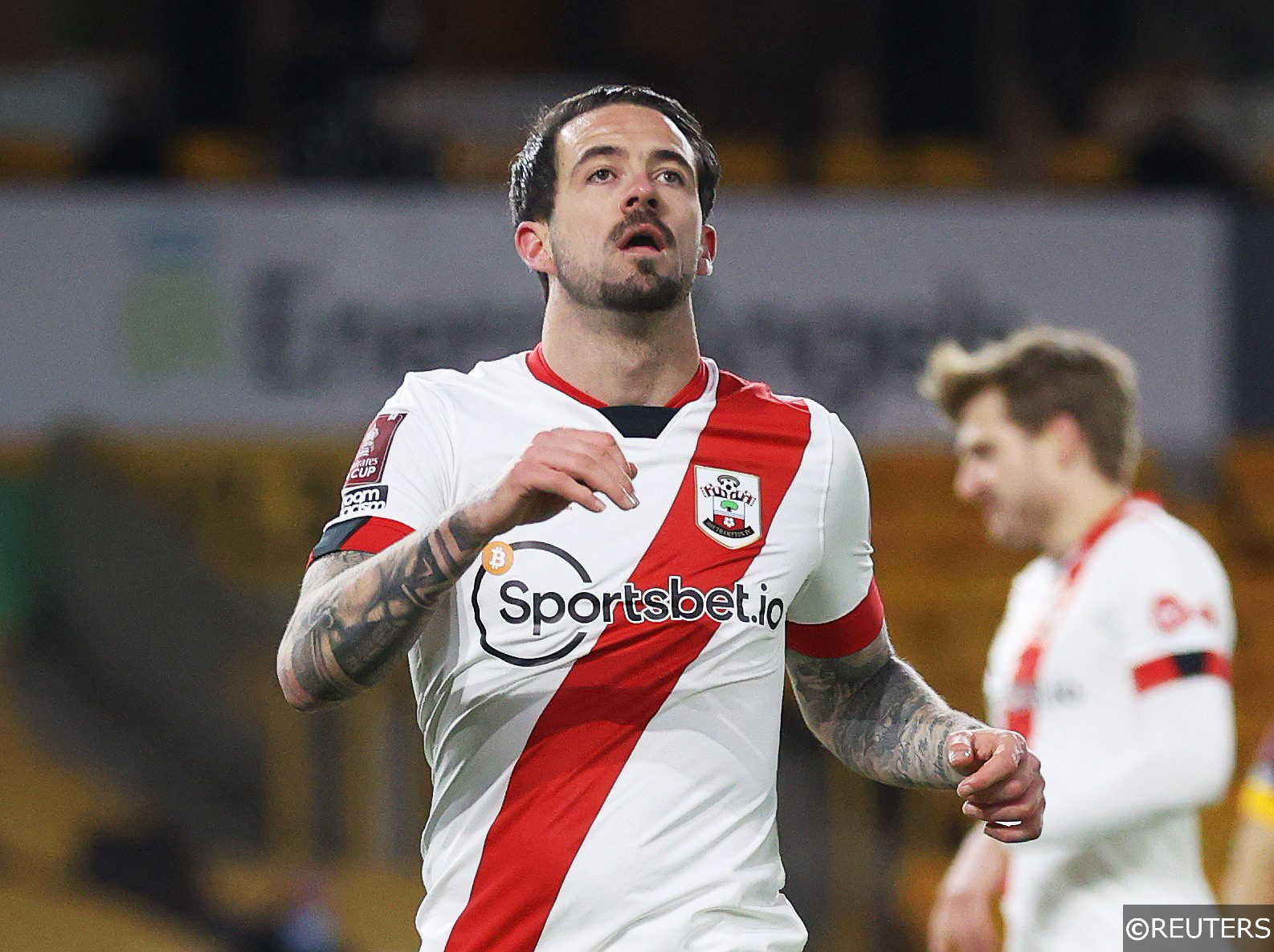 With two goals in his last 16 appearances for a struggling Southampton side, Danny Ings’ talismanic powers have been on the wane, and the 28-year-old seems to have fallen behind Ollie Watkins and Dominic Calvert-Lewin in the pecking order of England’s forwards as a result.

Ings has only played three times for England since receiving his first cap back in 2015, and even at his peak in the Premier League, the ex-Liverpool man has never really been able to force his way into regular England contention.

Aston Villa centre-half Tyrone Mings has been steadily building his reputation in the Premier League following his promotion with the Midlands club in 2019, and Gareth Southgate was quick to reward his improving performances with a call up in August the same year.

Mings has been a regular for England since, amassing nine caps in total for the Three Lions since his debut appearance against Bulgaria. His consistent inclusion ahead of some of his rivals for a central-defensive berth over the past two years suggest that only an injury will keep Mings off the Euro 2020 squad sheet this summer.

Talk to any Everton supporter and they will tell you just how impressive Michael Keane has been for the Toffees this season, however, the 28-year-old’s consistency in the Premier League wasn’t enough to earn him a call up to Gareth Southgate’s most recent England squad.

Keane has already collected 12 caps for the Three Lions, though just two of those were picked up inside the last two years, and the reduction in his involvement hints that Southgate might have gone cold on the ex-Man Utd academy starlet.

The 17-year-old was also handed his first call-up by Southgate to replace an injured  player, James Ward-Prowse, in November last year, and at this point in his career at least, it seems as though Bellingham is being kept around and involved to gain experience ahead of a more central role down the line.

Cultured holding midfielder Kalvin Phillips has made a hugely positive impression in the Premier League for Leeds this season, and the 25-year-old’s unique skillset makes him an intriguing prospect for England and Gareth Southgate.

The Three Lions have runners, ball winners and ball carriers aplenty in midfield, though they have few options in that position that can dictate a game or whisper passes through the lines from deep positions like Phillips can.

Leeds’ deep lying playmaker has a string of attributes that stand him apart from his counterparts, and Phillips has an excellent shot at making the Euros as a result.

Blossoming Arsenal youngster Bukayo Saka was called up to the England squad for the first time last October, and the 19-year-old has been a regular feature since, collecting the first four caps of what is certain to eventually be a sizeable haul for the Three Lions.

Alongside his highly polished technical skillset, Saka’s versatility means he can be deployed in a number of positions – and that flexibility is likely to be of huge appeal to Gareth Southgate.

Saka’s adaptability means that he might be chosen to fill holes instead being given a set, regular position in England’s team, though the Gunners wonderkid won’t complain too much if he sees action at the European Championship.