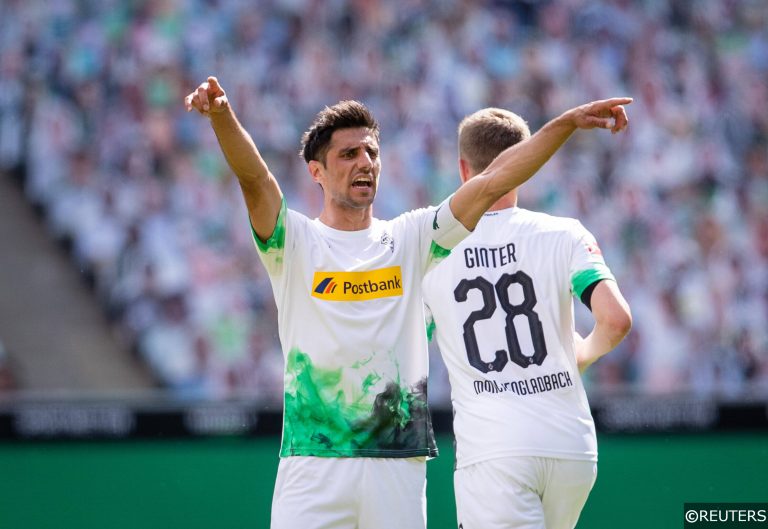 Racing Post’s experts are back again this weekend as they team up with FST’s trio of football analysts to unearth the best value on offer in Saturday’s packed fixture list.

Aaron Rogan, Simon Winter and Alex Wrigley are joined by Mark Langdon, Dan Childs and James Milton this Saturday to build this 74/1 acca.

Last Sunday Mark Langdon hit an incredible 11th winner in a row as Eintracht Frankfurt won, and this Saturday’s lineup is looking very tasty. Combined, Saturday’s six experts are up 15.17 points from 76 bets. FST’s very own Simon Winter still holds the record for biggest winner with a 3/1 shot.

Remember to check out the rest of our football tips for the weekend.

Huddersfield vs Swansea – Swansea to win at 11/10

Huddersfield blew a 2-0 lead at home to bottom side Wycombe last weekend to lose 3-2 and their poor form continued in midweek. After a loss to Middlesbrough, the Terriers have now been beaten in seven of their last nine Championship games. On top of that, the loss to Wycombe was their fourth defeat in five at home.

Swansea are making great strides towards promotion having won five of their last six Championship games. They should prove too strong for the Terriers, who are yet to really settle into their new passing style. With Swansea well priced going into this one, they’re worth backing to beat one of the division’s most out of form sides.

These two sides may be fairly evenly matched when it comes to league position but the hosts are in the better form right now. They are unbeaten in six Serie A games after their draw at Torino last time out and they have won each of their last three at home, including a fantastic 2-1 triumph over Napoli earlier this month.

Verona did manage to come from behind to beat the lowly Parma on Monday but they have lost three on the bounce away from home and have a terrible record at the Stadio Comunale Luigi Ferraris, losing each of their last six trips away games against Genoa.

Borussia Monchengladbach’s 3-2 win at Mainz back in October was their fifth victory on the bounce against Die Nullfünfer, and the man who scored both goals against Gladbach that day, Jean-Philippe Mateta, has since departed for Crystal Palace.

Mainz will miss Mateta’s goals on Saturday when they travel to take on a Gladbach team that took maximum points in three of their last four at home, beating the Bundesliga’s big two Bayern Munich and Borussia Dortmund along the way.

Oxford’s hopes of a trip to Wembley were extinguished by a surprise 2-0 loss at home to Tranmere in the EFL Trophy semi-finals on Tuesday but League One promotion has always been their priority and they can improve their chances with a victory over Ipswich at Portman Road.

Karl Robinson’s side started the season poorly but have won nine of their last ten league games to lift them to within two points of the top six.

Ipswich are only three points further back but are having a tough time this year, winning two of eight games, and could suffer another blow to their promotion hopes.

Mr Championship Mick McCarthy has worked wonders since he returned to management at Cardiff and the Welsh outfit can make it five straight league wins by beating Preston.

The Bluebirds bashed seven shots on target at Luton in midweek where classy loanee Harry Wilson was on the scoresheet and the decision to get him into a central position is paying dividends.

Preston have lost three of their last four and five of eight this year. They didn’t have an attempt on target in Tuesday’s loss to Watford and also lost key defender Ben Davies to Liverpool in the transfer window.

Rochdale vs Plymouth – Plymouth to win at 21/20

Rochdale thumped Plymouth 4-0 at Home Park in December when the Pilgrims were on a rotten run of form in League One.

However, Plymouth have improved dramatically since then and are unbeaten in eight league games in 2021 including impressive away wins at Sunderland and Accrington and a 2-2 draw at Portsmouth.

Rochdale have conceded 22 goals in their last seven home league games and haven’t won any of their last 14 matches in all competitions at Spotland.

Fantasy Football tips for GW25: Target Leeds for the double