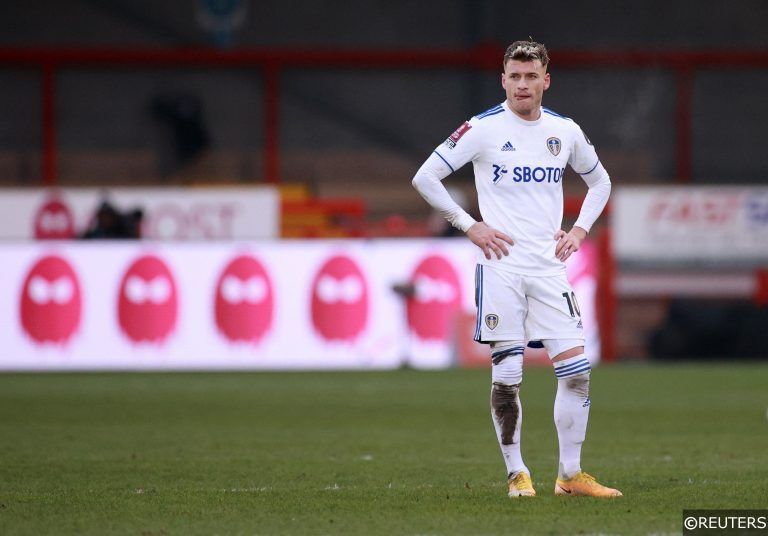 In the busiest Premier League season ever, it’s no surprise that the double gameweeks are piling up. This week sees Leeds and Southampton at the double, part of an enticing round of games for FPL managers.

The Premier League have left it frustratingly late to confirm the postponed games moved into GW26, so we’re only focusing on the days ahead, looking at the best selection for this weekend’s matches. 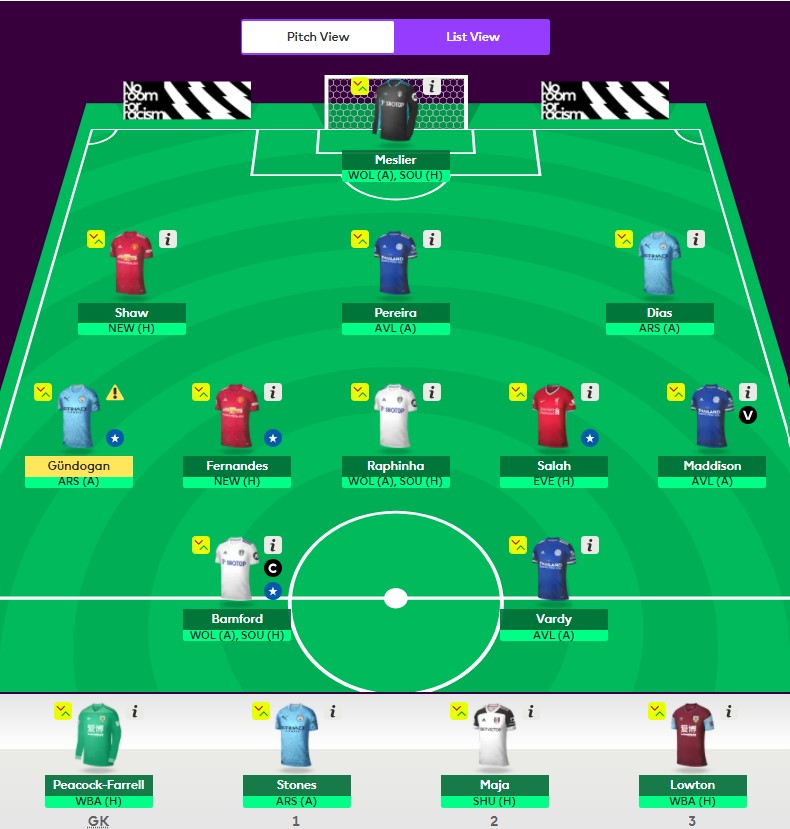 While both Leeds and Southampton have two fixtures in this gameweek, it’s the former we’re focusing on. The Saints have Chelsea up first before their visit to Elland Road. While they have two fixtures, on recent form that’s just two opportunities for their defenders to post a minus total.

Leeds have two interesting fixtures, while they have a squad worth plundering for gems. Stuart Dallas (£4.9million) gets minutes in midfield but scores points like a defender. Midfielder Raphinha (£5.4m) has produced a return in five straight games (38 points in total).

It hasn’t been the greatest run for Liverpool of late, but their midweek win over RB Leipzig showed that Mo Salah (£12.6m) can’t be ignored. He may have a tricky clash with Everton, but after returning 14 points across the last two gameweeks we have faith in him to deliver.

Leicester flying under the radar

I think last season’s Leicester collapse is weighing on FPL players collectively, with impressive displays from the Foxes not seeing a huge focus on their star players. That was further hit by the news that James Justin is out for the season, but we think you should look to Leicester for his replacement.

Justin had been holding former FPL favourite Ricardo Perreira (£5.9m) out of the side. He’s owned by just 0.5% of the game, so you could get a real edge on your mini-league rivals here. On top of that, bigger name Leicester players also have low ownership. Jamie Vardy (£10.1m) and James Maddison (£7.3m) are both owned by just 17% of FPL players.

Who to Captain in GW25

The Leeds man has upped his FPL game of late, much to his own delight having boasted about captaining himself. While he may not still mix it with the big boys in this game, the striker has two bites at the cherry this week.

As fixtures go, facing Wolves and Southampton look generous for Leeds overall and we see Bamford making the most of that. He rarely blanks so he’s likely to get you something, while it could turn out to be a very successful gamble if Bamford hits his stride in both games.