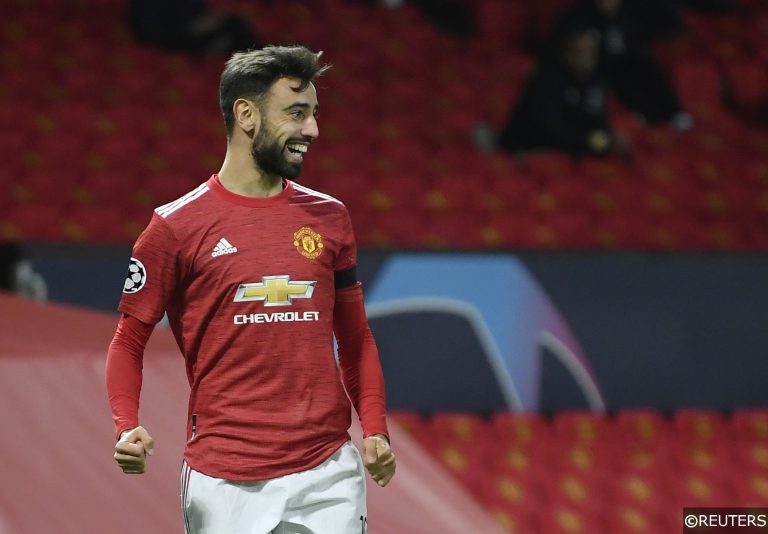 FST’s football tipsters are teaming up their Racing Post counterparts once again to tackle a busy Sunday of action.

Aaron Rogan, Simon Winter and Alex Wrigley from FST are joined by Mark Langdon, Liam Flin and Aaron Ashley from the Racing Post.

Four of our six experts hit the mark on Saturday, including an excellent 7/4 winner from Steve Davies and a 5/4 winner from Alex Wrigley. Meanwhile, Mark Langdon is aiming to continue his brilliant winning run after landing 10 straight winners. Can he stretch that to 11 this weekend?

Read on to see how the tipsters aim to continue their good form, and remember to check out the rest of our football tips here.

Cagliari vs Atalanta – Atalanta & BTTS at 8/5

Cagliari are in terrible form and they’ve slipped into the bottom three as a result. The Sardinians have lost eight of their last nine matches, while they’ve fallen short against the league’s best this term. Cagliari have lost all eight of their meetings with the top seven.

However, the hosts have scored in 10 of their last 11 home games. Atalanta have seen 80% of their away trips finish with both teams scoring, while the visitors picked up a 3-1 victory over Napoli in the cup in midweek. Backing them to win and concede again appeals here.

Wolfsburg made it five wins on the bounce last weekend as they continued their incredibly impressive season, aided by the excellent goalscoring form of Wout Weghorst.

Monaco vs Lorient – Both teams to score @4/5

Monaco have won a superb seven games on the spin in Ligue 1, a run they kicked off with a 5-2 triumph at Lorient in early January. However, Les Monégasques can be got at in defensive areas, as evidenced by their haul of just one clean sheet from their winning streak.

Lorient meanwhile, have hit a purple patch, and having found the net in each of their last seven league assignments, they look sharp enough to swap goals with Monaco in the Principality.

Eintracht Frankfurt to beat Cologne at 9/20

Eintracht Frankfurt are eyeing a Champions League qualification spot this season and can see off Cologne with the minimum of fuss as they go in search of an eighth win in their last nine Bundesliga matches.

Central to the superb form has been goals – they have scored at least twice in every game since mid-December – and only Robert Lewandowski is ahead of Portuguese hitman Andre Silva in the leading marksman charts this season.

Only once have Frankfurt failed to score this term and that was away to Bayern and Cologne’s recent run of three wins in four includes victories against arguably the worst two teams in the league in Bielefeld and Schalke.

Rennes could not make the most of 70 per cent possession and 14 shots against Angers in the French Cup in midweek, losing the game 2-1, but the defeat at least means they can put full focus on Ligue 1 for the rest of the season.

They are on course for a top-five finish in France’s elite division and, having lost only five of their 23 league games this term, they should have the defensive resolve to claim maximum points.

St-Etienne are just above the relegation zone in the standings and have managed only three wins from their 12 away assignments in Ligue 1 this season.

Manchester United -1 goal on handicap at 5/6

West Brom have lost four of their five Premier League home games under Sam Allardyce and in each of those defeats against Aston Villa, Leeds, Arsenal and Manchester City they were beaten by at least a three-goal margin.

Another heavy loss could be on the cards against road specialists Manchester United, who have fired home 12 goals across their last two league matches with Southampton and Everton.