Fantasy Football Week 15 – All You Need to Know 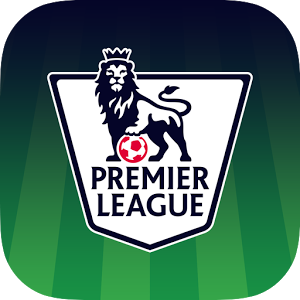 Arsenal’s star wide man limped off last weekend, with his recurring hamstring problem the likely cause. He’s been ruled out of their hosting of Sunderland on Saturday and it’s unknown when he will be back.

Stoke may be a formidable force at the back, but they come up against Manchester City on Saturday. I don’t think they will be on the end of a thrashing by any means, but I’m not expecting any clean sheet bonuses for the Stoke contingent.

Watford’s Odion Ighalo has been at the heart of almost everything good that Watford have done this season. He’s been involved in the majority of their goals and is their top scorer as they come in to a match against one of the worst defences in the Premier League: Norwich. He could well bag a few goals on Saturday, or at least set the in form Troy Deeney up.

Christian Benteke has managed to bag an assist and a goal in the past couple of weeks, and Liverpool come up against a Newcastle side who look shockingly bad at the back at the moment. They have conceded eight goals in their last two games and have conceded five or more goals on three occasions already this season.

Yannick Bolasie’s two goals against Newcastle last weekend made it four goals in his last seven games, and he has had more attempts on goal than any other midfielder in the past couple of months. Everton conceded three times against Bournemouth last weekend as well, so there are definitely defensive vulnerabilities to exploit.

The in form playmaker has picked up 26 points in his last three Premier League games and will be the key player on the pitch as the injury hit Arsenal host Sunderland on Saturday.

The Chelsea centre back has started 11 of the last 12 Premier League games for his club, and the champions have seen a drastic defensive improvement over the past couple of weeks. They have kept three clean sheets in a row in all competitions, and they could well make it four in a row when they host the struggling Bournemouth.

The Southampton winger managed to get himself an assist last weekend in their loss to Manchester City, and then grabbed a goal in their 6-1 defeat to Liverpool in midweek. Southampton host the dreadful Aston Villa on Saturday as well, so he’s well on track to get on the scoresheet again.