Fantasy Football Week 25 – All You Need to Know 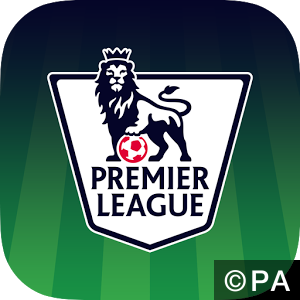 The Manchester City assist specialist’s knee injury is as bad as first feared. He’s not expected back until the middle of April, so best get rid of him before his price plummets in the next couple of weeks.

Manchester City host Leicester in a top of the table clash on Saturday, and with Vincent Kompany and Elaquim Mangala both missing I can’t see them keeping a rampant Leicester side off the scoresheet even with a home advantage.

Stoke are known for their difficulty to break down at the Britannia, but they’re playing against an Everton side who have a scintillating attacking force on Saturday. I can’t see either team keeping a clean sheet, so it’s best to stick Glen Johnson and company on the bench for this one.

After a shocking spell of form it looks like Swansea are finally picking themselves back up. The key to this upturn is the rediscovery of their excellent defensive performances, and they’re facing a Crystal Palace side who are really struggling to score. There could easily be a clean sheet for the hosts on Saturday.

Liverpool’s summer signing was the best player on the pitch when Liverpool beat Norwich in a 5-4 thriller a couple of weeks ago. Liverpool host the defensively shocking Sunderland on Saturday, and I fancy the attacking midfielder to get on the scoresheet.

With Jan Vertonghen set for a spell on the sidelines it looks like Mauricio Pocchettino is going to be calling upon Kevin Wimmer to replace him in the centre of defence. He’s a bargain option to make your way into a very solid Spurs defence, and they host a Watford side who haven’t scored in their last two away days.

Also on the Spurs wishlist is Christian Eriksen. He’s often overlooked in favour of Harry Kane up front, but the playmaker has scored the 2nd most points in the league over the past month with two goals and three assists.

We’re expecting goals in the meeting between Southampton and West Ham on Saturday, and Dusan Tadic is one of the driving forces behind everything good that Southampton do. He’s a very good option for a middle of the road pricing, and Southampton are in very good form after recovering from their dismal run at the end of 2015.