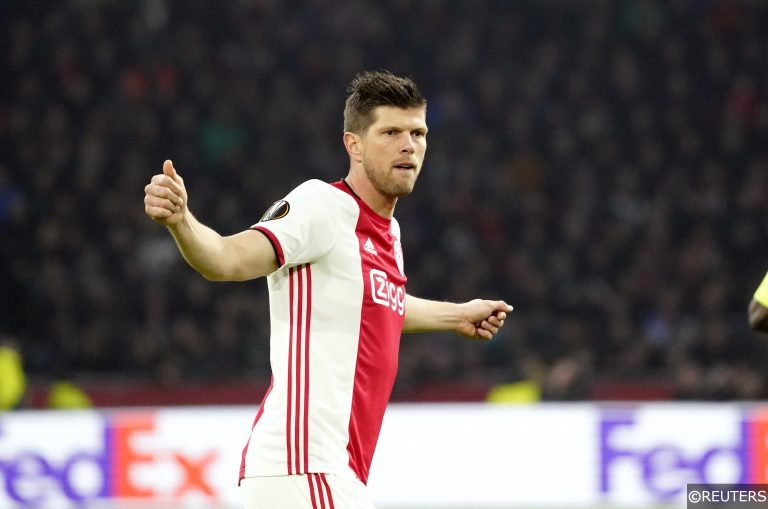 Here at FST, we like to arm you with as much key information as possible to help you approach the betting markets with more confidence, and below, we’ve delved into the stats from across Europe to find leagues with the highest and lowest average goals per game figures.

This data should allow you to surf the total goals markets as a more informed bettor as we reveal some of the most fertile hunting grounds for net-shredding action.

Remember – we’ll be coving developments in all of the continent’s major leagues this season with bags of free betting tips over on our match predictions page.

Somewhat surprisingly, games in Italy’s Serie A have been averaging more goals per 90 minutes this season than fixtures from Europe’s other big 5 domestic divisions.

The birth place of Catenaccio, Italy has long been considered the home of defensive football, though the 2020/21 campaign has so far been a departure from the competition’s low-scoring history.

The perennially thrilling Bundesliga runs Serie A close however, delivering 3.09 goals per game this term, though it’s worth noting that the German top tier is out on its own in terms of matches that have produced over 3.5 goals this season. A massive 39.6% of the total Bundesliga fixtures played in 2020/21 have rewarded over 3.5 goals backers overall.

The Premier League likes to market itself as the “world’s most exciting” domestic competition, though when it comes to goals at least, England’s top flight hasn’t been matching up to its self-proclaimed title.

Spain’s La Liga props up the rest here however, where games are averaging a comparatively meagre 2.41 goals per contest. 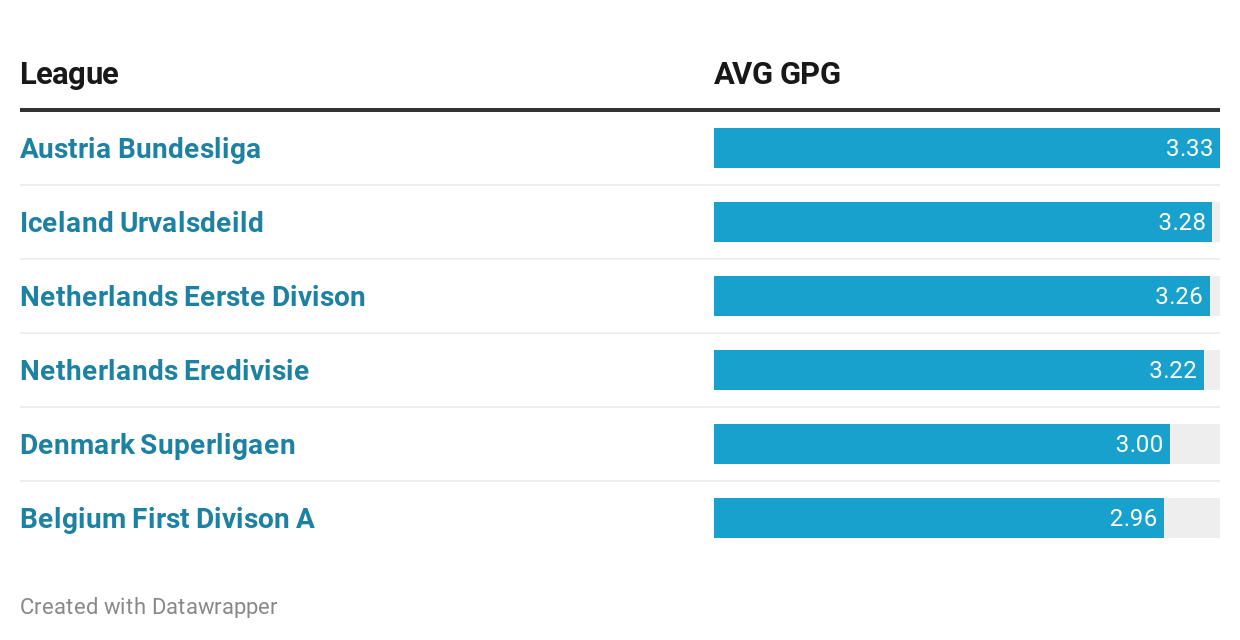 Total goals aficionados will already know all about Austrian giants RB Salzburg and Die Roten Bullen’s prowess in the final third, though the Bundesliga champions have been just one contributor to what has been an exceptional high-scoring season in the shadow of the Alps.

A staggering 3.3 goals per games have been scored there in 2020/21 so far, while the largely underreported Urvalsdeild in Iceland is also a domestic division worth keeping an eye on when searching for fixtures to add to your accumulators.

Both the top and second tier from the Netherlands make an appearance too, though their inclusion won’t shock too many of our regular readers.

FST often publish a Dutch Goals Acca as part of our football accumulators stable, such is the country’s reputation for producing gallons of goals. 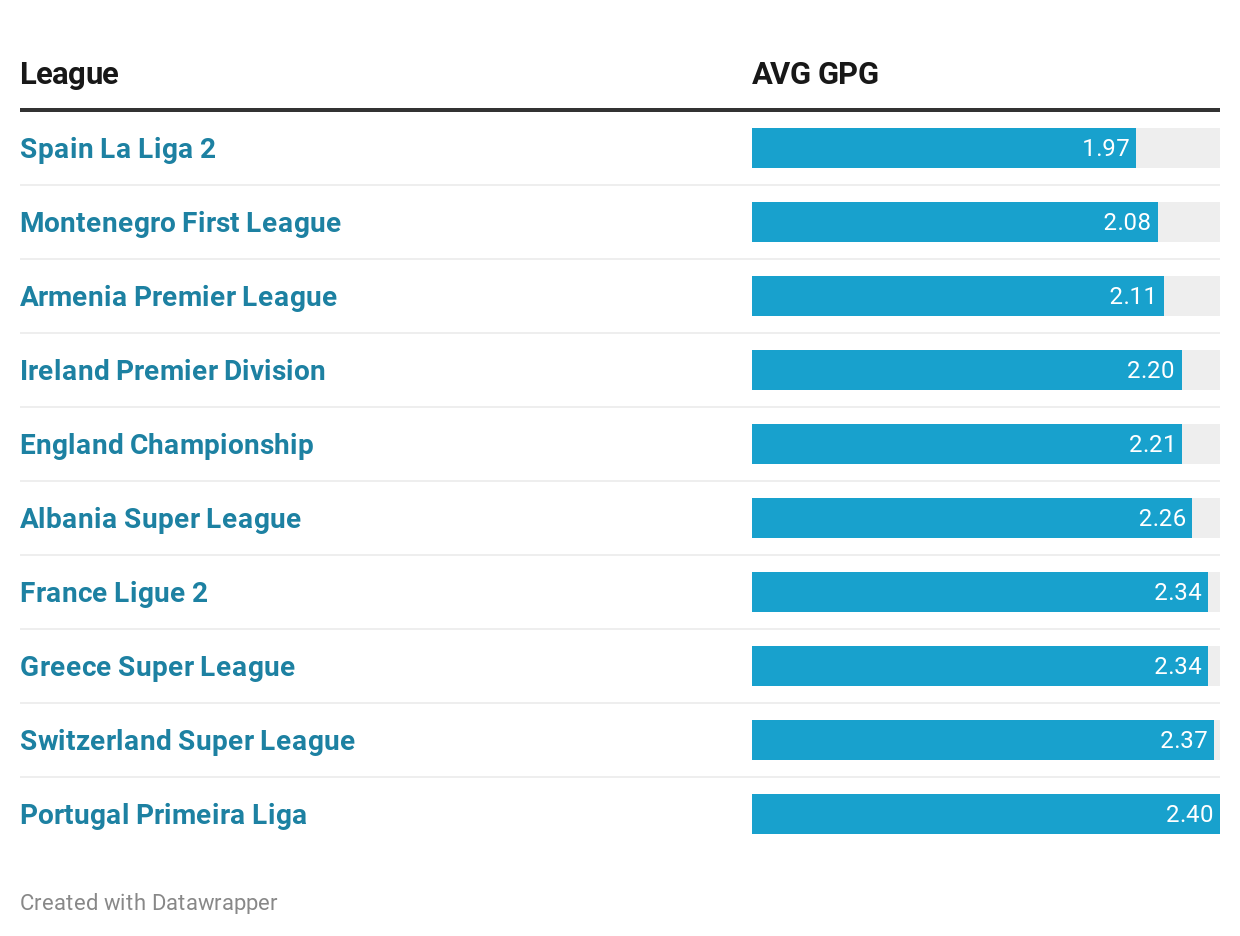 Under 2.5 goals markets might be a little less exciting in terms of the on-field action itself, though the unders option could still return some profitable results when utilised in the right places.

In the table above, we’ve listed some of Europe’s lowest scoring leagues this season, where savvy under 2.5 goals backers could find some joy.

Away from the glare of La Liga’s bright lights, Spain’s second tier has been churning out dozens of low-scoring fixtures in 2020/21, and remarkably, 302 of the 456 games played there this term have returned fewer than under 2.5 goals.

The First League in Montenegro and Premier League in Armenia are another pair of lesser-known divisions where under 2.5 goals bettors could be rewarded, while the ultra-competitive English Championship is another interesting addition, having produced just 2.21 goals per game this season.

The Swiss Super League is perhaps one of the most notable low-scoring divisions in 2020/21 however. The goals per game averages there have plummeted this season compared to last, where the figures have dropped from over three goals per 90 minutes in 2019/20 to just 2.37 this time around.

The Portuguese Primeira Liga has also been relatively goal-shy this season, where nine of the competition’s 18 teams have seen under 2.5 goals scored in over 60% of their fixtures to date.

Keep an eye out for more football betting tips and market analysis features in our betting news section.