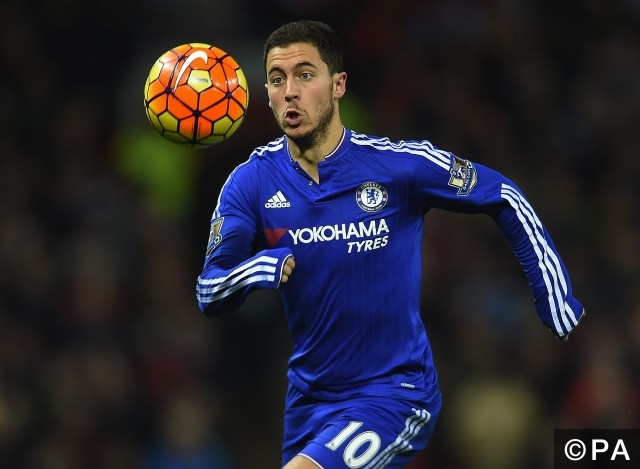 Sunderland have completed the signing of Bayern Munich central defender Jan Kirchhoff. The 6 foot 5 inch giant is one step towards tightening up the faltering Sunderland back line ahead of their inevitable relegation battle.

#SAFC are delighted to announce the signing of centre-back Jan Kirchhoff from @FCBayernEN! #WelcomeJan pic.twitter.com/W92Lwo3kkR

Everton have signed Swiss striker Shani Tarashaj from Grasshopper Zurich for around £3 million. But we won’t see the 21 year old forward in action this season, Everton are loaning him back to Grasshopper until the summer so he can complete the obligatory national service.

Manchester United have been told by Real Madrid that they have no chance of signing him, so they will lodge a £65 million bid for Chelsea’s Eden Hazard instead. PSG are still favourites for his signature though.

Chelsea could look close to home for a replacement for the departing Hazard, and might make a move for Arsenal winger Alex Oxlade-Chamberlain.

Manchester United have decided to wait until the summer before launching a £40 million bid for Everton’s 22 year old in form striker Romelu Lukaku.

Reports are emerging that Crystal Palace have lodged a 27 million Euro offer for Juventus striker Simone Zaza as they look to solve their scoring problems.

Lazio have told Manchester United that it will cost them £36 million if they want to sign their 22 year old winger Felipe Anderson.

Out of favour West Brom striker Saido Berahino is attracting in interest of Stoke, who think there could be a cut price deal on the table after his Twitter shenanigans in the summer. The 22 year old striker hasn’t started a Premier League game in two months.

Quique Sanchez Flores is hoping that his past history with Mario Suarez will convince him to swap Fiorentina for Watford this January.

Napoli say that they have rejected a £14 million bid from Swansea for their 24 year old striker Manolo Gabbiadini. Swansea reject this report and say that they have only made an enquiry for the player as they look to solve their dreadful form up front.

League One predictions and best bets for Saturday afternoon with 40/1 acca!
Football