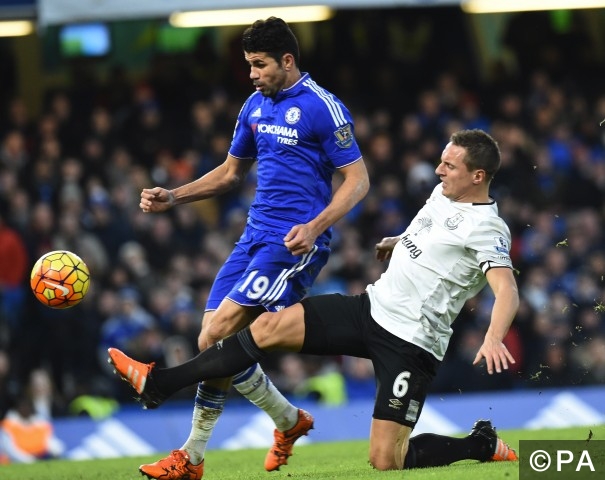 We’ve known it’s been coming for a few days now, but it’s now been confirmed that Michy Batshuayi is a Chelsea play. The 22 year old Belgian striker netted 17 Ligue 1 goals with Marseille last season despite their disappointing campaign, and Chelsea have reportedly shelled out £33 million for his talents.

We reported yesterday that Juan Mata looks to be on his way to Goodison Park after the arrival of Jose Mourinho at Old Trafford, and those rumours have gathered momentum since Zlatan Ibrahimovic was given the Spaniard’s squad number. He is set to join Everton in the coming days.

Jose Mourinho isn’t wasting any time in the rebuild of Manchester United’s squad. They are in advanced talks with Mexican club Pachuca over the signing of their 20 year old winger Hirving Lozano. The player’s father-in-law insists that a deal has already been agreed and it will be announced after the Rio Olympics, where Lozano will represent Mexico.

Out of contract Wales striker Hal Robson-Kanu has attracted admirers with his Euro 2016 campaign. There are a number of Premier League clubs interested in the free agent, who was not offered a new contract at Reading at the end of last season, after seeing him execute a perfect Cruyff turn on his way to scoring the winner against Belgium. Leicester are thought to be leading the charge to sign him.

The Premier League champions aren’t sitting on their laurels after their amazing season last term, with CSKA Moscow winger Ahmed Musa also thought to be on his way to the King Power Stadium. The CSKA Moscow manager has confirmed that the Nigerian winger is on his way to England this week, and Leicester are thought to be his most likely destination instead of West Ham or Southampton.

Arsene Wenger is looking into the possibility of boosting his striking options with Lyon’s star striker Alexandre Lacazette. The 25 year old netted 21 times in Ligue 1 last season and 27 the season before, but Lyon want £43.5 million for their prize asset.

Erik Lamela’s excellent season last term has attracted the interest of Inter Milan, with the Serie A club poised to make a move for the Argentine international. They know that it will be difficult to force Spurs’ hand into selling though, and are willing to include Marcelo Brozovic or Jeison Murillo in their negotiations.

Swansea could have their plans to repurchase midfielder Joe Allen scuppered by Liverpool’s £14 million asking price. The 26 year old Wales midfielder only has a year left on his Anfield contract, meaning Swansea are only willing to pay £8 million at the present time.

Manchester United target James Rodriguez is reportedly on his way to Paris Saint Germain, and talks between the Ligue 1 winners and the La Liga giants are in advanced talks.

Be prepared to see 21 year old John Stones’ name being mentioned a lot over the coming months. Pep Guardiola hasn’t been discouraged from signing Everton’s prize defensive asset despite their £50 million valuation, and he’s in for the long haul this summer.

Crystal Palace seem resigned to losing 27 year old winger Yannick Bolasie this summer, and West Ham are looking like the prime candidates to land the player.

Liverpool are thought to be the most likely destination for Dinamo Zagreb’s 21 year old winger Marko Pjaca, but a host of Serie A clubs are also interested in the Croatia international.