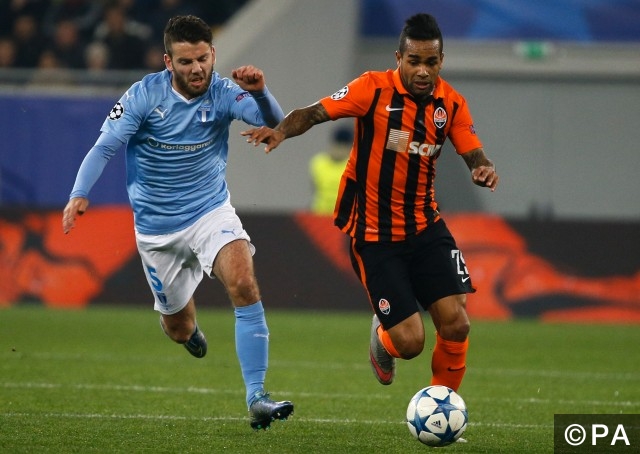 Norwich City have signed Dinamo Zagreb’s 26 year old right back Ivo Pinto for an undisclosed fee as they look to fend off relegation by tightening their defence up.

PINTO | Here’s our new signing! “My dream is to play in the @premierleague and Norwich have given me the chance.” pic.twitter.com/RCgeb4t7hm

Shakhtar Donetsk manager Murcia Lucescu has told the newspapers that he would fully support Alex Teixeira’s move to Chelsea should the deal satisfy both clubs. Chelsea have already agreed personal terms with the playmaker, but are yet to put an official offer to Shakhtar.

Arsene Wenger says that a £7 million deal that will see Mohamed Elneny move to London is just a few days away from completion. The Basel defensive midfielder just needs to gain international clearance and complete a medical before completing the move.

Real Madrid have heeded the advice of sacked manager Rafael Benitez and have joined Chelsea in the pursuit of Everton’s 21 year old centre back John Stones.

Bournemouth have lodged a £10 million bid for Wolves striker Benik Afobe, and should he come in he would join on loan striker Juan Iturbe as Eddie Howe looks to replace the injured Callum Wilson.

Crystal Palace are hoping to bring in Sporting Lisbon striker Islam Slimami this January as they look to solve their goalscoring problems. He would cost over £20 million though.