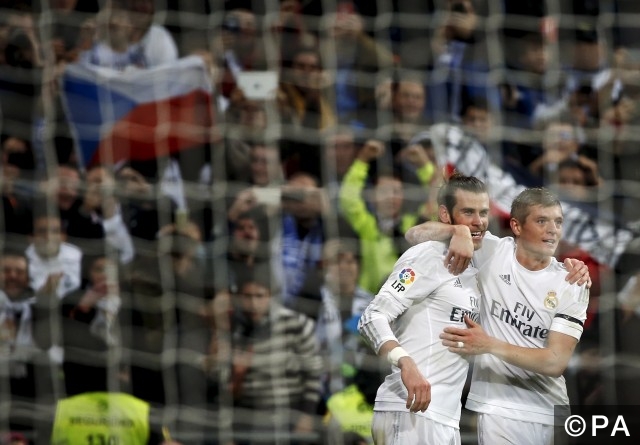 Southampton have completed the signing of QPR striker Charlie Austin. The fee is believed to be around £4 million.

Delighted to have joined @SouthamptonFC I will give everything to be successful here ⚽️⚽️⚽️ pic.twitter.com/8DAxo1k8pP

Real Madrid will offer their World Cup winning midfielder Toni Kroos to Manchester United as they look to raise funds for Edinson Cavani.

Liverpool are prepared to launch a £25 million bid for Leicester’s top scorer Jamie Vardy, but they won’t make the bid until summer.

Aaron Ramsey is reportedly one of Barcelona’s top summer priorities, and they are confident the Wales and Arsenal midfielder will make the move.

After an initial approach was rejected by Swansea, Sunderland have upped the ante and bid £14 million for attacker Andre Ayew. Swansea also face interest in Bafetimbi Gomis from Newcastle.

West Ham are considering making a £10 million bid for Liverpool outcast Mario Balotelli as they look to boost their scoring options, or their red card count.