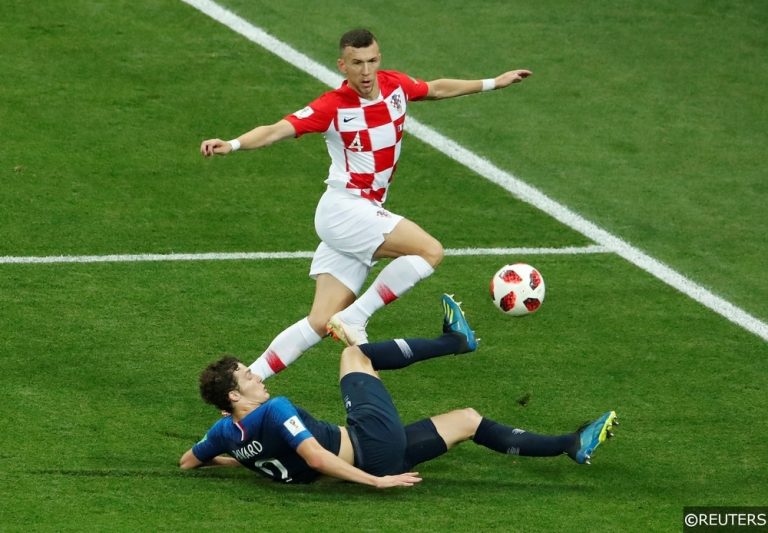 Newcastle have finalised a £3million deal for Switzerland international Fabian Schar. The former Deportivo La Coruna defender moves after featuring at the World Cup for his country, and he appears to be a snip for the Mapgies as they look to bolster their squad. They took advantage of an incredibly cheap release clause for a man who has 42 international caps, and at 26 years of age he’s likely to just be hitting his peak as he arrives on Tyneside.

The Magpies continue their pursuit of Mainz forward Yoshinori Muto, and he should become their fifth signing of the summer in the coming days.

🎥 So, @fabianschaer, what type of player are you?


Manchester United seemed to spring in to life with their interest in Harry Maguire yesterday, and now they’re chasing a deal for Perisic. The Croatian winger is coming off a great World Cup, while he’s been linked with United for the last two years, since Jose Mourinho took charge.

This time Perisic is said to be their chosen replacement for Anthony Martial, who is continuing his bid to move elsewhere, and the Frenchman is hopeful of a switch to Paris. (Mirror)

Apparently, this deal is moving towards the finish line, and it’s closer to happening now than at any point this summer, which is positive news for the Blues support. (Corriere dello Sport)

Despite their recent links with Harry Maguire, Tottenham’s Alderweireld is Man United’s main target as the look to boost their defence. With Mourinho mostly relying on leftovers from Alex Ferguson’s time in charge, he needs some new blood at the back.

The Belgian has been edging towards the door at Spurs for a while now, but his current club are demanding £55million, a figure which could be balanced out by letting Martial head to White Hart Lane. (Independent)

We could see yet another expensive arrival at the London Stadium, with Porto forward Marega linked with a £22million switch. While West Ham have been busy this summer, a big issue for them has been finding a striker. Javier Hernandez is on his last legs, while Andy Carroll can’t lead the line for a season.

The Hammers need firepower, and turning to a man who hit 23 goals last season seems like a good solution. The Hammers are looking to offset their summer spending, and they could do a deal with Porto which includes midfielder Cheikhou Kouyate. (Mail)

Could Alisson’s arrival at Anfield see Simon Mignolet leave Liverpool for Barcelona? The Belgian keeper seems surplus to requirements as far as Jurgen Klopp is concerned, and he’s set to make a switch to the Catalan giants.

The Spanish champions are looking to sign back up for first choice Marc-Andre ter Stegen. With Jasper Cillessen set to leave the Camp Nou this summer in search of first-team football, Mignolet could be in line for a shock switch. (Marca)

Tottenham are still hopeful of a deal for Aston Villa’s Grealish, despite the Midlands club getting a financial boost. The Villains are no longer under pressure to sell, but that hasn’t put off Daniel Levy hopes of securing a £20million switch. The club see Grealish as a potential understudy for Dele Alli in the number 10 role, but they aren’t keen on breaking the bank to sign him. (Mirror)

Barcelona are gearing up to accept a £27million bid from Everton for Mina, which could make him their second signing of the summer. The Colombian was part of a double raid by Everton, who are also looking at left-back Lucas Digne. For now, they’re aiming to bring in the in-demand defender, who impressed at the World Cup, and has plenty of time to improve at just 23. (Goal)

West Ham could be set for another attacking signing, with Hatem Ben Arfa being linked with the London Stadium. Despite having Marko Arnautovic and Felipe Anderson on their books, the Hammers apparently want another inconsistent wide player to join their ranks.

This is a move which is apparently being driven by manager Manuel Pellegrini, and given that he’s a free agent it’s certainly less of a risk. (SportsMole)