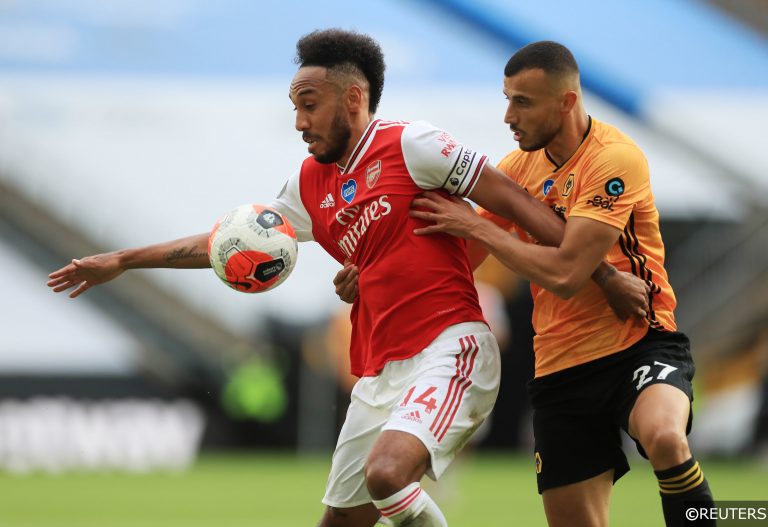 Arsenal take on Liverpool at the Emirates on Wednesday evening, in a fixture that is undoubtedly the showpiece event from this Premier League action-packed mid-week schedule.

Still reeling from their late derby defeat at Tottenham, the Gunners will be determined to recover with a statement performance against newly crowned champions Liverpool, and armed with a seven-match unbeaten run at home, Arsenal should prove tricky opponents for Jurgen Klopp’s title holding Reds.

Liverpool saw perfect their perfect home record vanish in a disappointing 1-1 draw with Burnley last time out, but with numerous other landmarks still within reach, the Merseysiders will be determined to recover quickly in the capital this week.

Ahead of the drama, we’ve put together a tasty looking five-part #OOT selection with Betfair for Thursday’s game – but before we dive into our Odds on That selections, make sure to check out our Arsenal vs Liverpool predictions here.

Want to add FST’s 18/1 selection straight to your betslip? Check it out below:

Arsenal to win or draw

Granit Xhaka to be carded