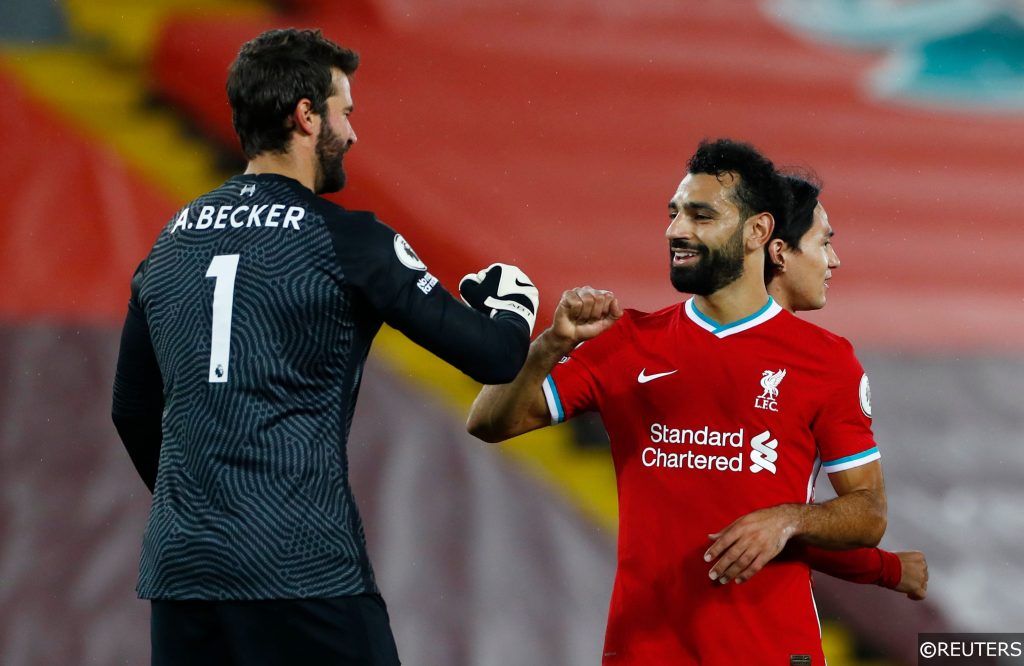 Premier League giants Liverpool make the short hop to Bergamo in Italy on Tuesday for a potentially enthralling Champions League date with Atalanta at the Gewiss Stadium.

Under Gian Piero Gasperini, La Dea have established themselves as one of the continent’s most enjoyable teams to watch in recent seasons, and their expansive, attacking football usually leads to buckets of chances being created at either end.

Jurgen Klopp’s Reds are sitting pretty at the summit of Group D ahead of their hosts following back-to-back wins, though a succession of injuries at centre-half as left the Merseysiders looking much more vulnerable than usual.

Ahead of what promises to be a gripping night of continental action, we’ve put together a cracking looking 30/1 #OddsOnThat special with Betfair for Atalanta’s clash with Liverpool.

Check out our selection below! You can find a more detailed analysis of the game, alongside our expert’s betting tips for the match in our Atalanta vs Liverpool predictions.

With a run of nine wins, one draw and just two defeats from their last 12 home matches in all competitions, Atalanta have a formidable record to draw momentum from this week, and we think La Dea can avoid defeat at the very least against a Liverpool team that hasn’t been performing at full speed.

Defensive issues aside, the Reds have been unconvincing despite some good results, and Liverpool needed own goals and penalties to squeeze their way past Ajax, Midtjylland and West Ham in three of their last four assignments.

Gian Piero Gasperini will be relishing the chance to pit his tactical wits against Jurgen Klopp on Tuesday, so expect to see a barnstorming Atalanta team go for the jugular.

As we touched on above, Atalanta’s fixtures are usually packed to bursting with goal-scoring drama and so far this season, La Dea’s games have averaged a whopping 4.75 goals per 90 minutes.

In total, 38 goals rattled the net in Atalanta’s first eight competitive matches, and Gasperini’s free-scoring outfit accounted for 23 of those themselves.

The net-shredding power in Liverpool’s team is also well-established, though their return of just four clean sheets from 11 fixtures this term, reveals a weakness in defence that Atalanta will feel they can exploit.

With three goals in his first two Champions League starts this season, Colombian striker Duvan Zapata has been in lethal form against continental opponents for Atalanta.

The 29-year-old hammered home a brace in La Dea’s 2-2 draw with Ajax at the Gewiss Stadium last week, taking his recent haul up to four goals in as many games in all competitions since the end of October.

In the midst of a hot-streak, Zapata will be Atalanta’s main danger man again on Tuesday, making him a prime candidate to get his name in lights again.

With eight goals in as many Premier and Champions League starts, Mohamed Salah carries a hugely impressive strike-rate into Tuesday’s tussle in Bergamo, and the Egyptian winger is worth backing to impact the scoresheet again this week.

It’s also worth noting that 50% of Salah’s goals have been penalties this season, and with the 28-year-old likely to be on spot-kick duty again on Tuesday, his chances of finding the net are increased.

Salah – who notched 21 goals in his last 37 Champions League run outs for Liverpool – tends to excel on club football’s biggest stage, and the ex-Chelsea and Roma star has the skills to enhance that superb record against Atalanta.

With three yellow cards in just four Serie A starts, Brazilian defender Rafael Tolói is Atalanta’s most carded player this season, and the 30-year-old centre-half is one to watch in the disciplinary stakes again on Tuesday.

Interestingly, two of Tolói’s cards were collected in tough fixtures against Lazio and Napoli, and the former Sao Paulo man seems to struggle against quick-footed, pacey opponents.

Liverpool’s frontline is heavily dusted with the kind of players Tolói toils against, and the hard-tackling centre-back could land himself in trouble again in his attempts to stop them.