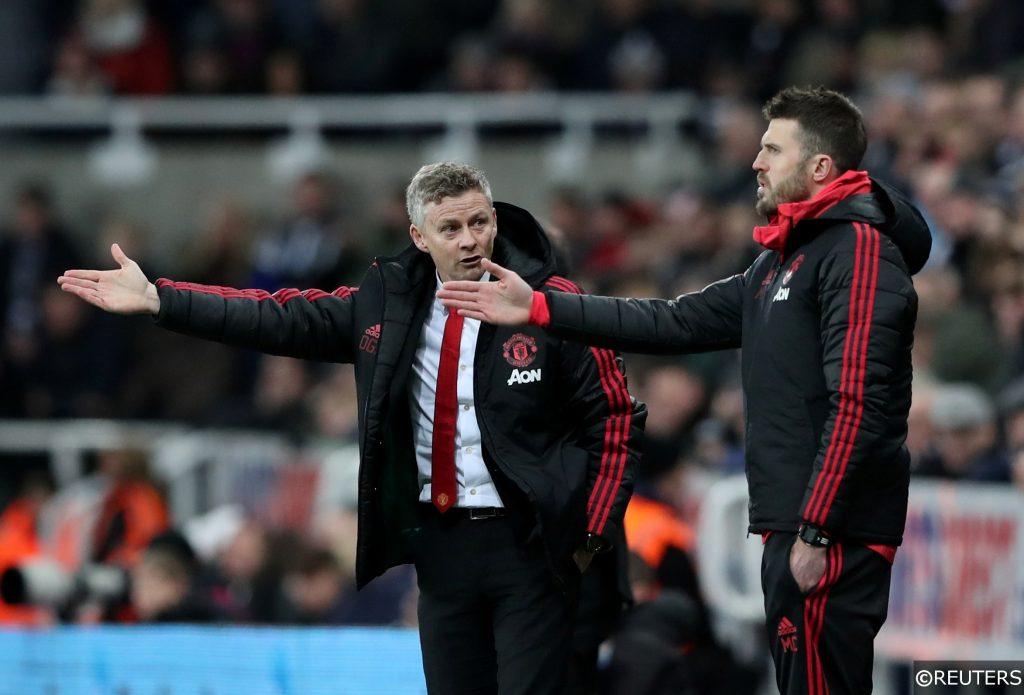 Manchester United continue their pursuit of continental glory in Belgium this week when they take on Club Brugge in a compelling looking Europa League Round of 32 first leg tussle at the Jan Breydel Stadium.

United coasted through the tournament’s Group Stage before the turn of the year, though a double assignment against Belgian league leaders and Champions League demotees Club Brugge should represent a step up in quality and a sterner test for Ole Gunnar Solskjaer’s side.

The Belgians’ elimination from the Champions League last year was compounded by their failure to win a single group match, though their 2-2 draw at the Santiago Bernabéu against 13-times winners Real Madrid offered a glimpse of just how dangerous they can be.

This week’s first leg contest has all the makings of an intriguing tie and to help you get in the mood for the game, we’ve put together a tasty looking #OddsOnThat selection for Club Brugge’s clash with Man Utd on Thursday.

Second half highest scoring half

Keep up to date with our latest UEL betting tips and special offers on our Europa League predictions page.