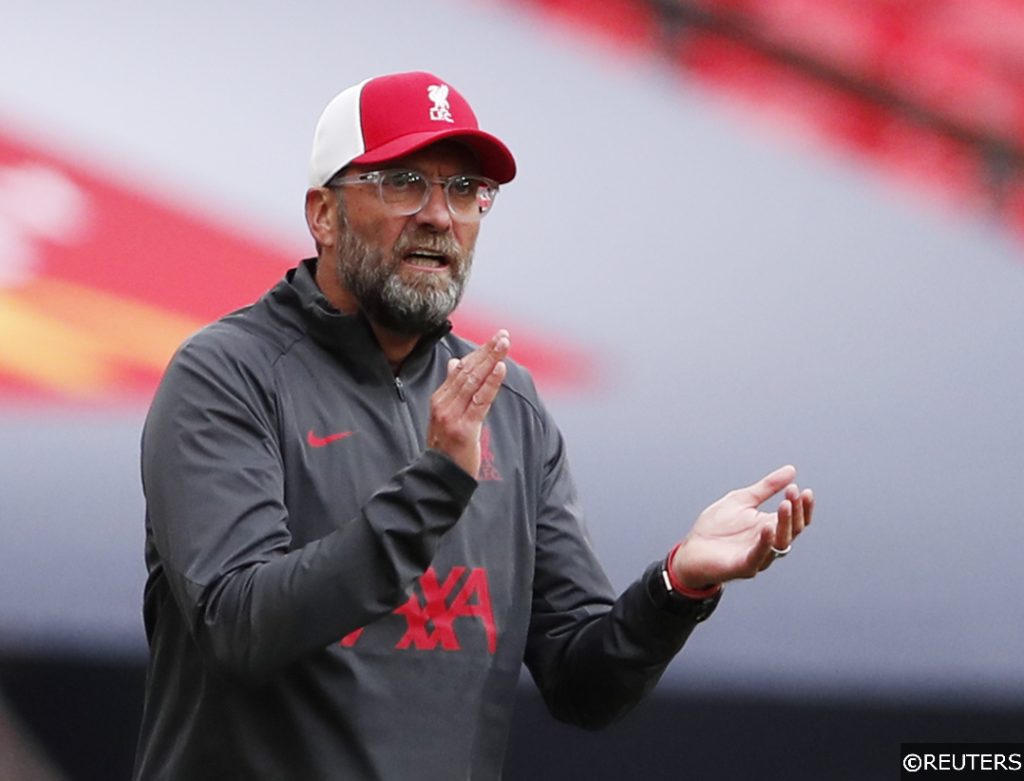 Liverpool welcome Danish minnows and Champions League first timers Midtjylland to Anfield on Tuesday evening, in a continental contest that has all the makings of a Merseyside massacre – and we’ve put together a tasty looking 50/1 #OddsOnThat selection for the game ahead of the action.

Brian Priske’s Ulvene were annihilated 4-0 by a talented Atalanta outfit on match day one last week, though La Dea had numerous opportunities to pad their winning margin even further on a worryingly one-sided encounter at the MCH Arena.

Jurgen Klopp’s relentless Reds wield an attacking power even more potent than their Serie A counterparts however, and another European evisceration looks on the cards for Midtjylland.

Check out our five-part #OOT selection below and remember – you can find a more comprehensive analysis of the game plus more betting tips on our Liverpool vs Midtjylland predictions!

As we touched on above, Midtjylland were left shellshocked last week following their 4-0 mauling at home by Atalanta, and the evidence that evening suggested that the Ulvene look several levels below the quality required to be competitive in the Champions League.

Only Ferencvaros and Krasnodar conceded more shots than Midtjylland on match one of the competition’s group stage last week, though the 10 attempts on target the Danes allowed Atalanta to rack up was the second highest number from Tuesday’s and Wednesday’s games.

Liverpool possess the class and thrust to create a similar number of opportunities against Midtjylland, though you’d expect the Premier League champions to finish more of the chances they manufacture than Atalanta did.

As the least prolific member of Liverpool’s attacking trident, Roberto Firmino is often criticized for his lack of end-product, though his return of 16 goals from his last 36 appearances in European and international club competitions highlights his wonderful habit of notching on the biggest stage.

Fresh from his first Premier League goal of the new campaign against Sheffield United, Firmino will carry momentum into Tuesday game to go along with his knack of netting in continental contests, and another strike against Midtjylland could follow.

With four goals in his last five appearances, Senegalese star Sadio Mane has looked razor sharp of late and the 28-year-old should have plenty of room to add to his haul for the campaign against Midtjylland.

The Danes’ right-back Joel Andersson endured a miserable evening against Atalanta last week, and the quicksilver Mane – who will be deployed in direct opposition to Andersson on Tuesday – has the skillset to leave the 23-year-old dizzy again.

Liverpool – who are unbeaten in 17 of their last 18 Champions League fixtures at Anfield – are expected to dominate from the first whistle to the last when they lock horns with Midtjylland on Tuesday, and with the majority of the game likely to be contested in the Danes’ half, we don’t expect the visitors to have a sniff of goal.

The Reds kept clean sheets in five of their last nine UCL home ties against some high-class opponents, and Liverpool should be relatively unthreatened by a Midtjylland side that looked alarmingly toothless against Atalanta.

Frank Onyeka To Be Carded

However, we don’t expect the 22-year-old to be quite so lucky at Anfield. Onyeka was cautioned a whopping 12 times in 32 league appearances for the Ulvene last term, and with his defensive workload expected to be monumental on Merseyside, the defensive screen looks a prime candidate to land himself in trouble.