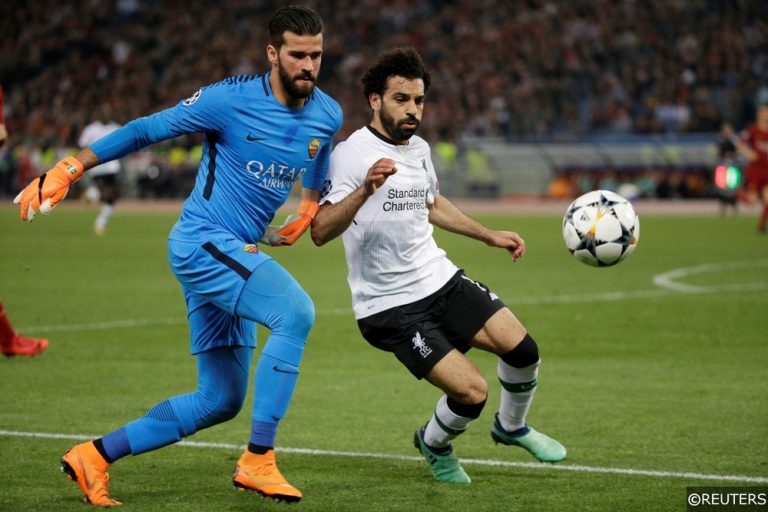 Yesterday we brought you the news that Liverpool and Chelsea were in a transfer scramble over the signature of Roma goalkeeper Alisson. The Reds look to have struck a key blow to their rivals to land the Brazilian, with reports that the deal is all but done. The clubs have agreed a £67million free, making him by far the most expensive goalkeeper of all time. Man City’s Ederson currently has that tag, but he cost almost half the price at £34million last summer.

Alisson has already made his way to Merseyside to complete a medical and sign off on personal terms, and it seems like this move will be confirmed any day now. With Liverpool looking pretty vulnerable in goal over the past few years, this does seem like a fantastic move, which will help shore up their defence and boost their push for the title. (Sky Sports)

The bad news gets even worse for Chelsea, as Barcelona are looking to fight Real Madrid for Eden Hazard. This is the third player that the Spanish champions have targeted at Stamford Bridge this summer, after being linked with N’Golo Kante and Willian. It seems like the Catalans are offering a like for like replacement, with Ousmane Dembele reportedly set to go the other way. However, with Chelsea looking for upwards of £150million for the Belgian, then they’re going to need more than just Dembele – who cost Barca £99million a year ago. (Onda Cero)

In better news for Blues fans, it seems like another central defender is heading for the Bridge. Juventus man Rugani is one of the casualties of Cristiano Ronaldo’s arrival. As we mentioned when looking at his transfer, Chelsea could ultimately foot the bill for Ronaldo once they’ve stumped up £100million for Rugani and Gonzalo Higuain.

Of the two, 23-year-old Rugani seems like better value, given that he’s a future fixture in Italy’s backline. The move is almost over the line, with talks continuing on Wednesday night. The defender has said to have agreed a five-year deal, and he’s set to link up with his former Empoli boss Maurizio Sarri later this week. (Sportitalia)

It’s not just Chelsea and Liverpool who are looking to splash the cash, with Man United linked with two huge moves. They are linked with a double swoop for the Bayern Munich pair, with the German champions prepared to let both of them depart this summer.

It does feel like an odd link, especially with United already looking strong in both positions. They were interested in Thiago back in 2013 when David Moyes was in charge, but he moved to the Bundesliga and lifted the title five times in five seasons. He now seemingly wants a switch back to Barca, which would be a much more suitable home for his talents than trying to fit in under Mourinho. (Independent)

Liverpool’s big move could be bad news at the King Power, with Leicester’s Schmeichel on a shortlist to replace Alisson. That could hurry along a deal between Chelsea and Real Madrid for Thibaut Courtois, as the Danish goalkeeper is apparently the man who the Blues want to replace their current keeper. (Football Italia)

With Sarri through the door, Chelsea look set for a frantic couple of weeks in the window. They are being linked with Russia’s World Cup star Golovin, and it seems like the Blues are in pole position. He was a target for Sarri’s Napoli last season, and now a move to the Bridge could be on the cards for the CSKA Moscow midfielder. (football.london)

After a fantastic spell on loan at Craven Cottage, Fulham’s interest in Mitrovic isn’t a surprise. The forward is set for a £20million switch to London, which should fund Newcastle’s bid for Salomon Rondon, who has a £16million release clause. (The Sun)

New Everton boss Marco Silva has yet to make a signing since arriving at Goodison Park. However, that could all be about to change. The Toffees could be about to get very busy in the market, with Wilfred Zaha among a list of players they’ve been linked with. Danny Welbeck, Richarlison and Adnan Januzaj have all been linked, as Silva look to overhaul an attack which still misses Romelu Lukaku. While Crystal Palace man Zaha is their main target, a rumoured price tag of £60million is likely to put them off. (Daily Mirror)

Another side who are yet to make a more are Burnley, despite having European football just around the corner. They’ve targeted Swansea duo Mawson and Clucas in a £20million deal, following interest in a joint deal for Craig Dawson and Jay Rodriguez at West Brom. However, it seems like they’re going cold on Clucas, but Mawson remains a target. The Clarets seem to be trying to hoover up talent from the relegated sides, but even that is an expensive business in this market. (Daily Mail)

After breaking their transfer record for Terence Kongolo, Huddersfield are looking to bring in Monaco forward Diakhaby for £8million. David Wagner also has his eye on £10million rated Club Brugge winger Anthony Limbombe. They’ve already got eight players in through the door at the John Smith’s Stadium, and they look set to boost their squad in the coming days. (The Sun)