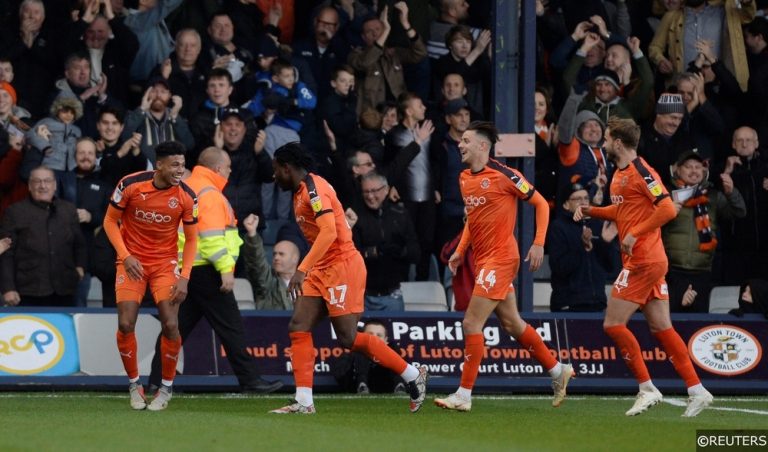 While much of the focus this week has been on the last international break of the domestic season, supporters were also treated to a full programme of compelling EFL League One and League Two action on Saturday afternoon.

In total, 65 goals flew in across the 21 thrilling League One and League Two 3pm kick-offs on March 23rd.

Check out who we think put in the best individual performances of the weekend in our FST Premier League Team of the Week below:

Keep up to date with the latest League One match previews, predictions and betting tips here. 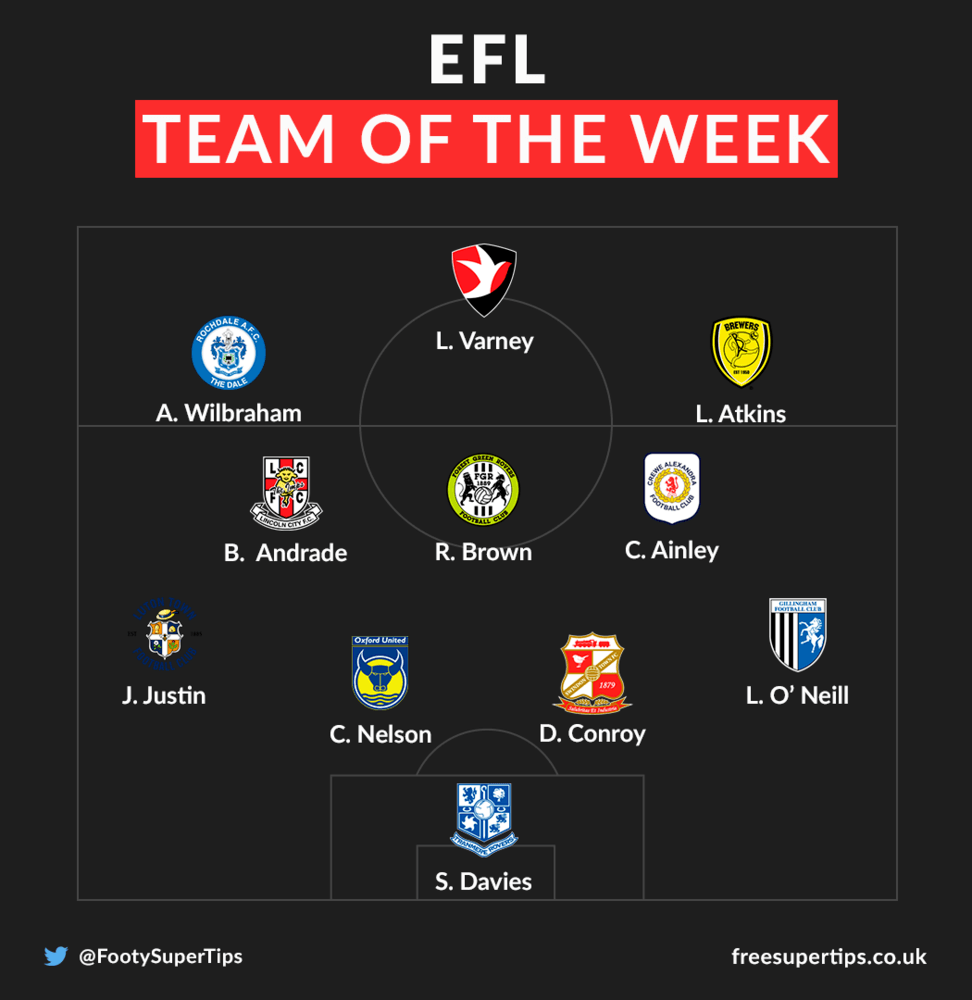 In a tricky away contest for League Two promotion chasers Tranmere at Colchester United, keeper Scott Davies made a succession of fine saves to help Rovers claim an impressive clean sheet along with the 3 points. Davies stop to keep out Abo Eisa’s free-kick in the second half was particularly eye-catching.

27-year old fullback Luke O’Neill was at his creative best down the Gills’ right-flank in their excellent League One 4-2 win at AFC Wimbledon on Saturday. O’Neill set up 2 of the visitor’s goals from his right-sided berth and the former Leicester City trainee hardly put a foot wrong in defence.

Dion Conroy was a rock at centre-half for Swindon Town in what turned out to be a comfortable 4-0 win for the Robins against Morecambe at the County Ground. Conroy defended manfully throughout and the 23-year old capped his display by netting his first goal of the season on 66 minutes.

Oxford United’s highly-regarded defender Curtis Nelson put in another excellent shift at the back for the U’s in their hard-fought 1-0 triumph at Coventry City on Saturday. Nelson made his presence felt at the other end too, nodding home the winner via a powerful header from a corner on 57 minutes.

Exciting youngster James Justin produced another terrific display on Saturday in Luton’s comprehensive 4-0 dismantling of Doncaster Rovers at Kenilworth Road. The 19-year old defended on the front foot and was involved in several key attacking phases of play for Luton on a hugely productive afternoon for the Hatters.

Reece Brown’s fine individual campaign continued on Saturday with another excellent, match-winning performance for Forest Green in their 2-0 at Port Vale in League Two. The 23-year old midfielder scored both of his team’s goals on the day, bringing his total haul for the season in the league so far into double figures.

Even though Callum Ainley started on the bench for Crewe in their League Two fixture at Mansfield Town on Saturday, the 21-year old still ended up making a bigger impact than any other player involved at Field Mill. With the score locked at 0-0, Ainley rattled the net twice inside the last 20 minutes to swing the game and the result in Crewe’s favour.

Portuguese flier Bruno Andrade was one of the stars of the show for Lincoln City in their superb 3-0 win at Crawley on Saturday. The 25-year old broke the deadlock with the game’s crucial opener 8 minutes from half time, and the former QPR trainee’s explosive running and intelligent movement made him a constant menace throughout.

Veteran Rochdale striker Aaron Wilbraham was a 2-goal hero on Saturday, netting twice for his team in Dale’s 3-1 triumph over Scunthorpe at Spotland. The 39-year old opened the scoring after just 10 minutes, before he struck again on the hour mark to help Rochdale establish a 2-goal cushion.

Versatile Burton Albion attacker Lucas Atkins is on fire at the moment. The 30-year old converted 2 spotkicks for Albion in their emphatic 5-2 win against Accrington on Saturday, extending his recent scoring streak to 5 goals in 4 games for the Brewers.

Seasoned centre-forward Luke Varney hit a brace for Cheltenham Town in their League Two 3-1 victory against Northampton Town at the weekend, taking his recent tally to 4 goals in 6 games for the Robins. On an afternoon when Varney was never far from the action, the 36-year old scored twice and was booked inside the space of 23 first half minutes.

Check out of all the latest League Two match previews, predictions and betting tips here.