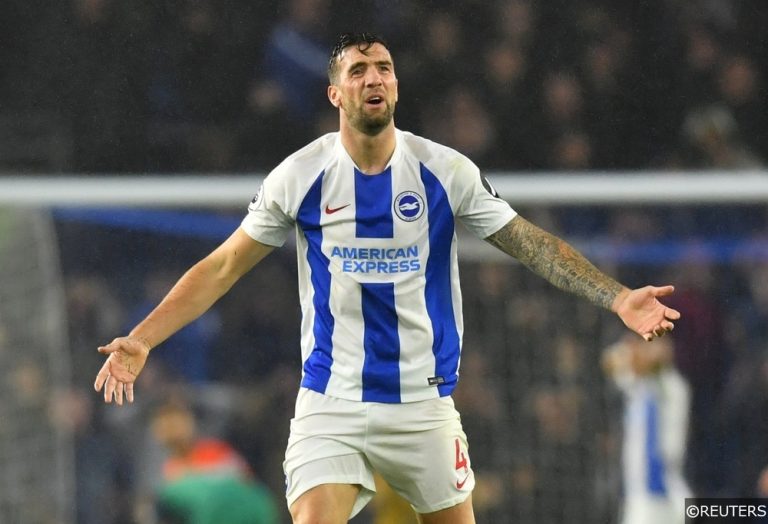 Manchester United’s fantastic 2-0 win over Chelsea at Stamford Bridge on Monday night was the closing act of what was a sparkling 4-day FA Cup 5th Round showcase.

Following their victory in London, United became the 6th Premier League team to secure their spot in the competition’s Quarter Finals at Chelsea’s expense.

Their top-flight counterparts Watford eked out a 1-0 win at QPR on Friday, while Brighton, Manchester City, Wolves and Crystal Palace saw off lower-league opponents Derby, Newport County, Bristol City and Doncaster on Saturday and Sunday respectively.

Elsewhere, Millwall and Swansea flew the flag for the Championship with wins over AFC Wimbledon and Brentford to prolong their own FA Cup adventures.

Let’s take a look at the players that we thought put in the best individual performances of the 5th Round in our FST FA Cup TOTW:

Wolves’ back-up goalkeeper John Ruddy’s appearances have been strictly restricted to starts in cup matches this season, and the 32-year old took his opportunity to impress with both hands on Sunday, producing 5 saves for Wanderers in their narrow 1-0 win over a spirited Bristol City side at Ashton Gate.

Wolves feature in our ‘FA Cup dark horses’ article, which you can check out by clicking here.

Doncaster Rovers put in a valiant, if ultimately unsuccessful performance against Crystal Palace on Sunday, in their 0-2 5th Round loss to the Premier League outfit. One of their most impressive performers at the Keepmoat Stadium was their 29-year old right-back Matty Blair, who made 6 tackles and won a game-high 6 aerial duels against the Eagles.

Republic of Ireland centre-half Shane Duffy is one of the most aerially dominant players in English football, and the 27-year old controlled the skies at the Amex Stadium once again for Brighton against Derby on Saturday. Duffy won more headers (8) and completed more clearances (6) than any other play involved.

In Millwall’s hard-fought 1-0 win at AFC Wimbledon on Saturday, centre-back Alex Pearce was a defensive rock for the resolute Lions. Pearce won 7 battles in the air and completed a total of 9 clearances for Millwall to help the Championship side hold a 1-0 lead for 85 minutes at Kingsmeadow.

Pearce’s teammate Murray Wallace also makes the cut in our FA Cup Team of the Week after his fine display at left-back for the victorious Lions. Wallace matched Pearce for aerial contests won (7), and the marauding defender struck the game’s only goal after just 5 minutes.

Combative Spanish midfielder Ander Herrera made his presence felt on every inch of Stamford Bridge grass on Monday during Man Utd’s 2-0 triumph over Chelsea. Herrera completed an unmatchable 6 tackles and 5 interceptions for United against the possession hungry Blues, and the 29-year old popped up at the other end to nod home the deadlocked breaking goal on 31 minutes.

In a rare start for the Citizens, 18-year old Phil Foden reminded everyone of his limitless potential with a sensational midfield performance against Newport County. The diminutive technician completed 91% of his passes against the League Two side and Foden scored 2 brilliantly taken goals inside the last 15 minutes to help FA Cup favourites City run up a meaty final scoreline.

Pogba’s compatriot Anthony Knockaert was at his menacing best for Brighton in their 2-1 win over Derby County on the south coast on Saturday. The 27-year old, who has been in and out of the Seagulls team this season, opened the scoring for Brighton after 33 minutes, and Knockaert racked up 5 attempts on goal in total against the Rams.

Kosovan winger Bersant Celina produced what was arguably his best performance in a Swansea shirt on Sunday in the Welsh club’s emphatic 4-1 win over Brentford at the Liberty Stadium. The 22-year old was a threat throughout, and he scored his 6th goal of the season after 66 minutes before laying on an assist for George Byers on the stroke of full time.

German winger Leroy Sane was really in the mood for City in their 4-1 win over League Two side Newport County on Saturday evening. The 23-year old had an incredible 7 attempts on goal at Rodney Parade as the home side struggled to cope with his pace and movement. Unsurprisingly, Sane cracked home the game’s opener just 6 minutes after half time, laying the foundations for a what was a comfortable period for City.

Keep up to date with all of our FA Cup match previews, betting tips and predictions here.