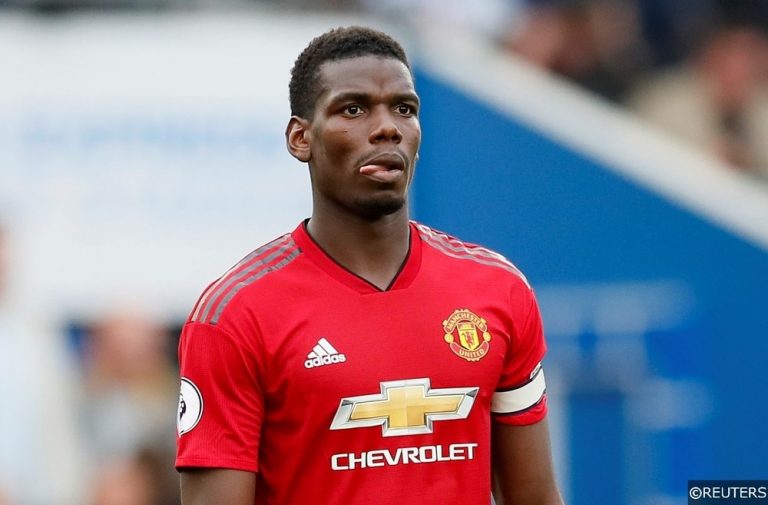 Another weekend of exciting Premier League action has whizzed by in a blur of great goals, surprising results and edge of the seat drama. 25 goals were scored and 3 red cards were flourished across the 10 compelling fixtures in Game Week 8.

There were big wins for Bournemouth, Arsenal and Chelsea, while Manchester United produced a skin-saving second half comeback against Newcastle United.

Elsewhere there were important wins for Tottenham, Brighton, Everton and Wolves, while Huddersfield picked up a useful point at Turf Moor against Burnley.

Ironically, the weekend’s most hyped fixture between Liverpool and Manchester City failed to deliver on its goal filled pre-match promise as the sides toiled to a 0-0 draw at Anfield.

Let’s take a look at the players that we thought put in the best individual performances of the weekend in our FST Premier League TOTW: 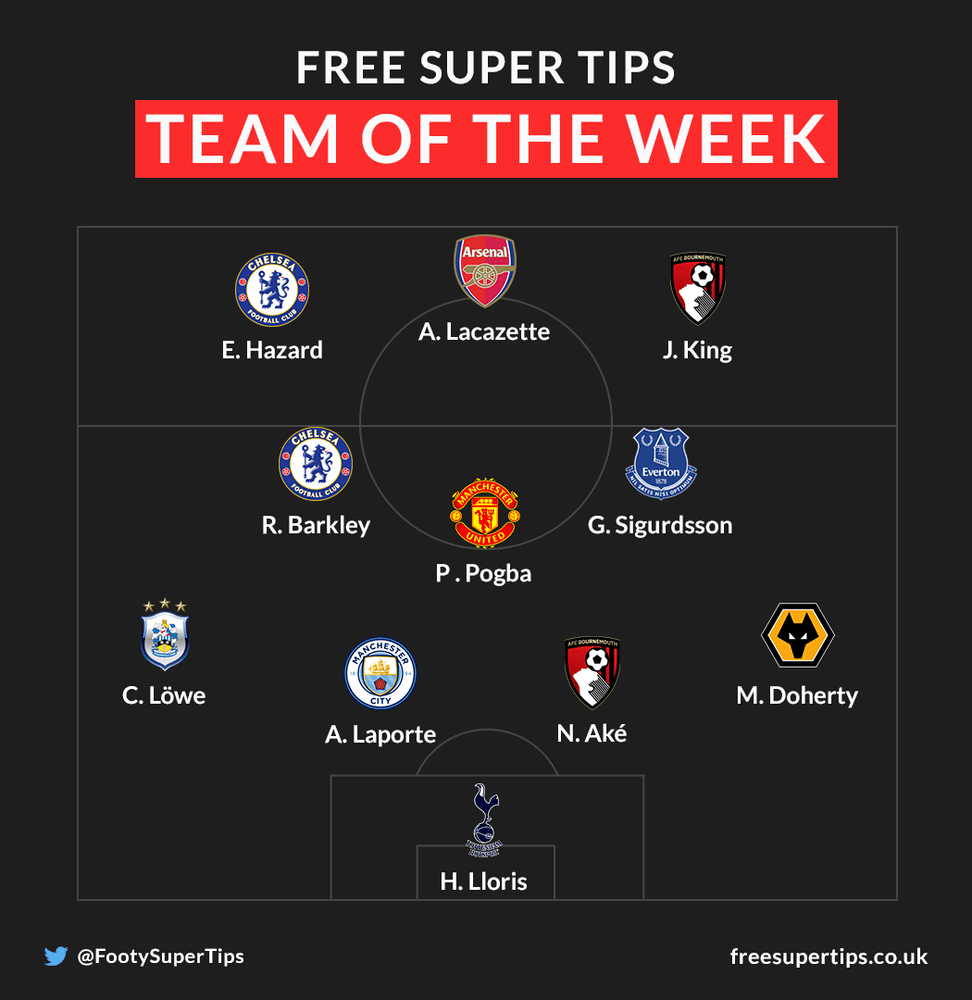 Hugo Lloris was probably expecting a relatively easy afternoon against Cardiff City at Wembley on Saturday. However, the Frenchman was called into action on a number of occasions against the Bluebirds, producing a string of saves to help preserve Spurs’ clean sheet. Lloris made 5 stops in total against Cardiff in Tottenham’s hard-fought 1-0 win.

Wolves wing-back Matt Doherty has had a terrific start to his first season at Premier League level. Against Crystal Palace on Saturday, the 26-year old Dubliner’s energy and running power ensured he was heavily involved for Wolves right throughout their 1-0 win at Selhurst Park. To cap his fine all-round performance, Doherty grabbed the game’s only goal in the second half.

Sunday’s contest between title challengers Liverpool and Manchester City at Anfield was a game largely dominated by the respective teams’ defensive players. Aymeric Laporte stood out as the Citizen’s most impressive performer at the back, combining expert positioning with some superb tackling to keep the normally unstoppable Liverpool attack at bay.

Nathan Aké was superb in Bournemouth’s wonderful 4-0 win over Watford at Vicarage Road on Saturday. The 23-year old who had a spell on loan with the Hornets in 2015, was assured in possession and robust in the tackle, helping to provide a platform for the Cherries forwards to tear Watford to shreds further up the pitch.

German full-back Chris Löwe produced his best performance of the season so far in the Terriers 1-1 draw against Burnley at Turf Moor on Saturday. The 29-year old won more tackles than any other player on the pitch and his pin-point delivery from the left found the head of Christopher Schindler for the equalizer just after the hour mark.

Paul Pogba helped to dismiss some of the doubts about his commitment to the cause at Man Utd, by helping to drag his team back from the brink against Newcastle at Old Trafford. The French international who played an unorthodox deep role in the second half, mixed his incredible passing range with equal parts hard work to help turn the tide against the Magpies. Pogba’s beautiful back heel put in Anthony Martial for the game’s equalizing goal.

Icelandic international Gylfi Sigurdsson makes the TOTW for the second week in a row. Sigurdsson scored his 50th goal in the Premier League for the Toffees in their 2-1 win at Leicester City, and typically the midfielder smashed it home from long range. Sigurdsson also made more key passes at the King Power than any other player involved.

Ross Barkley continued his recent revival under Maurizio Sarri in Chelsea’s hugely impressive 3-0 win over Southampton at St. Mary’s. Barkley laid on the game’s first goal for Eden Hazard after half an hour before bundling home the second himself just before the hour mark. The 24-year old also completed 94% of his passes in a brilliant showcase of accurate distribution.

Joshua King terrorized the Watford defence on Saturday in Bournemouth’s superb 4-0 victory against the Hornet. Watford couldn’t live with the Norwegian’s pace and movement and King was instrumental in everything good the Cherries did in attack. King scored the contest’s second goal from the spot and added another just after the break to kill any hopes of a Watford comeback.

Eden Hazard maintained his own sky-high standards with another mesmerising display for Chelsea. This time Southampton were the unwilling participants in the latest Eden Hazard dribbling masterclass. Hazard was like a weaponised breeze against the Saints defenders who could feel the Belgian gusting around them, but could find no way to stop him. Hazard stole in to smash home Chelsea’s first goal after half an hour on the south coast.

After his latest brace against Fulham on Sunday, it’s now 5 goals and 3 assists for Alexandre Lacazette in his last 8 appearances for Arsenal. The French hitman was devastatingly clinical against the Cottagers, scoring twice from his only 2 shots on the Fulham goal during his 80 minutes on the pitch. Lacazette’s influence seems to be swelling with each passing week at Arsenal.