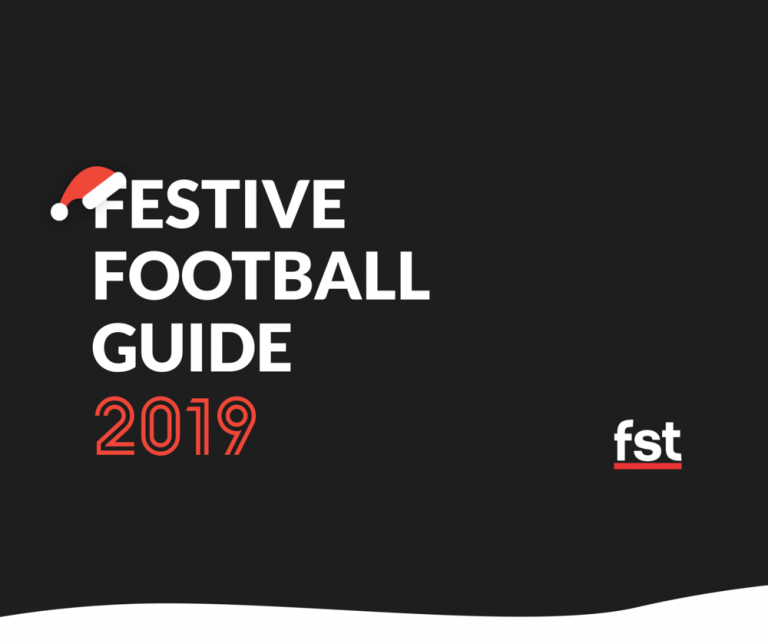 We are on the cusp of entering the frantic festive football period, and here at FST, we’ve been busy gift wrapping you a present that we just know you’ll love.

To help you get the most out of the holiday season, we’ve put together a comprehensive Festive Football Guide for our followers and readers.

This Christmas bonus is packed with tons of useful stocking fillers including: the big matches to look out for, where you can watch them live, our exclusive betting tips, along with the best betting offers around and plenty of predictions chucked in for good measure.

We’re so sure you’ll love this gift that we haven’t even left the receipt in the bag….

Check out our Festive Football Guide below.

The big games come thick and fast during the Festive Football Period, and we’ve got you covered with a stocking full of football predictions, betting tips and comprehensive match previews.

From the Premier League and English lower leagues to the major and minor divisions on the continent, Freesupertips’ coverage is extensive, and you can keep up with all of our latest predictions and free betting tips in our continually updated match predictions section.

Where to Watch the Festive Football

In between the dozens of showings of Indiana Jones, Home Alone and Die Hard reruns, there are numerous exciting live football fixtures to watch or stream on your TV and other devices.

BT Sport and Sky Sports are offering the most extensive coverage this December, but they’re not the only services showing exciting football action. Amazon Prime have got their hands on a number of Premier League fixtures, including those highly coveted Boxing Day clashes, while BBC are broadcasting the Club World Cup in its entirety from 11th December.

On our bang up to date Live Football Schedule, we’ll provide detailed listings of all the football fixtures you can catch live and where and when you can watch them.

To complement the jam-packed Festive Football schedule, bookmakers will be churning out more special offers, bonuses and promotions that you can shake your tinsel at.

From enhanced odds offers to match specific specials – FST will continue to deliver the best and most lucrative bookmaker offers to you during the Festive Football period. Want to get your hands on some free bets right away? bet365 are bringing Christmas to the party every day with their ongoing offer of up to £100 in bet credits for new customers!

Grosvenor Sports Bet £10 on Arsenal vs Everton, Get £30 in Free Bets

Special offers are thin on the ground as the bookies gear up for a Boxing Day bonanza, but Grosvenor Sports have brought an enticing offer to the table. New customers can place a £10 bet on Arsenal vs Everton (minimum odds of 1/2) and then receive 3 x £10 free bets on each of the other televised Premier League matches this weekend.

You can check out the latest and best bookmakers’ offers on our dedicated Free Bets page.

During the notoriously competitive Festive Football period, the battle for Premier League points and places really begins to intensify.

Here’s a rundown of what you can look forward to this December, and the action isn’t just limited to the Premier League either!

The weather outside might be frightful, but the football is still delightful during week 4 of the festive football period between the 23rd and the 29th of December.

Once the formalities of the are out of the way in the early part of the week, the football comes dashing through the snow at a rate of knots, starting with the traditionally thrilling Premier League Boxing Day programme.

There is in fact, Premier League action to consume every day from Thursday the 26th right through to Sunday the 29th during week 4 of the festive football period – so make sure to clear your schedule!

Arsenal meet their Europe League Final conquerors Chelsea at the Emirates on Sunday December 29th, in a London Derby that is sure to have the capital vibrating with anticipative excitement.

With zero wins from their last five trips to the Emirates, Chelsea’s recent record against the Gunners in North London is relatively poor, though the Blues’ will feel that they have wonderful opportunity to change their fortunes at that venue on the cusp of the new year.

Arsenal remain in a state of flux, while Chelsea look to be on a steep upward trajectory under Frank Lampard, and the former England international’s youthful side will come into the game as favourites.

The Boxing Day fixture list is one of the highlights of the Premier League season, and this year things are even better with all nine clashes (plus one on the 27th) being available to stream live on Amazon Prime.

We’ll have a host of special betting tips coming up for this feast of festive football action, including a Leicester vs Liverpool Bet Builder special with bet365, a Wolves vs Manchester City Bet Builder special, an Anytime Goalscorer accumulator and our experts’ best bets of the day for the EFL. Keep an eye on our Sports News section for all the action.

What Else Is On?

There is plenty of other live football to check out away from the Premier League in week 4 of the festive football period.

Between Monday, December 23rd and Tuesday, the 24th Championship aficionados can choose from 13 live fixtures via Sky Sports Football and the channel’s red button service.

Between Friday 27th and Sunday 29th, Scottish football rivalries are the theme, with the Dundee Derby acting as the appetiser on BT Sport, before Sunday’s Old Firm main course between Rangers and Celtic on Sky Sports Football at 12:30.

Fixtures to look out for

FST Predicts the Big Winners and Losers of the Festive Season

It’s often said that the league really starts to take shape during the Festive Football period, and with so many points on offer inside such a short space of time, teams have the chance to turn their entire campaign around before their turkey has been fully digested.

Let’s take a closer look at some of the clubs that face favourable or nightmare runs during the holiday season. 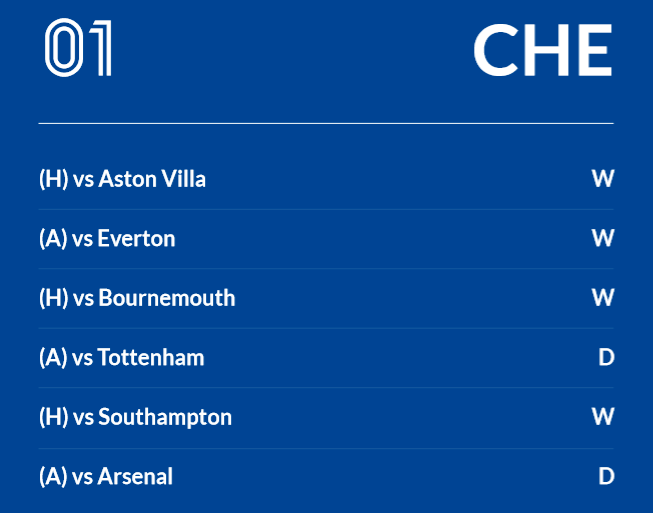 Frank Lampard and Chelsea have already confounded plenty of critics this season by playing some electrifying attacking football while simultaneously blooding plenty of home-grown talent.

The Blues look good to maintain a strong push for a top 4 finish in the Premier League this term, and their quest for more Champions League football could be aided by what looks a favourable run of games during the festive period.

Home games against Aston Villa, Bournemouth and Southampton look eminently winnable, while trips to play Everton, Tottenham and Arsenal don’t look as daunting as they might have in other seasons. 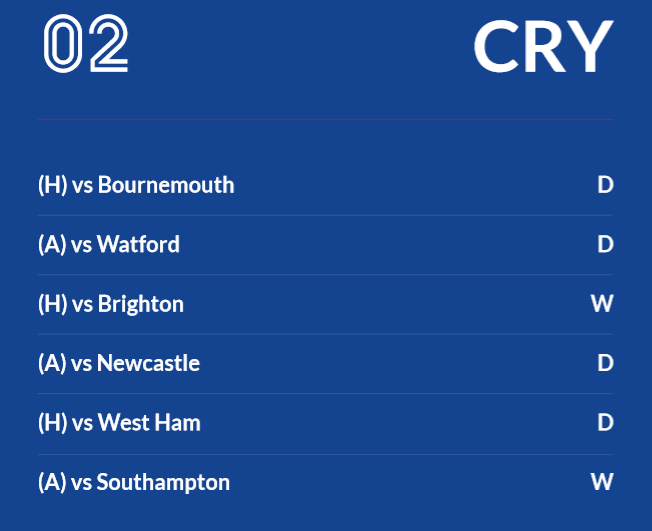 At the time of writing, Crystal Palace’s festive football schedule contains just one opponent from the Premier League’s top ten, and the Eagles kind run of games could present them with an opportunity to soar up the table before the New Year.

Games at Selhurst Park against Bournemouth, Brighton and West Ham are interspersed with trips to play struggling Watford, Newcastle and Southampton – games that offer plenty of encouragement and point winning possibilities.

Palace collected eight points from the corresponding set of fixtures in 2018/19, however, Roy Hodgson will back his squad to gather a double figure haul this time around. 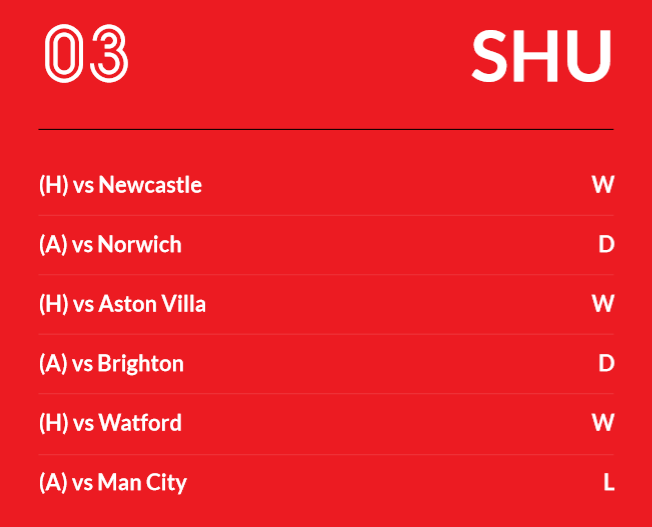 Sheffield United have been one of the season’s biggest success stories in 2019/20, and the uber-competitive Blades can scythe their way through the holiday period in style with a potentially bountiful run of festive fixtures.

Chris Wilder’s expertly drilled outfit will love the look of a home programme that lines up Newcastle, Aston Villa and Watford at Bramall Lane, while their away day schedule that includes trips to Norwich and Brighton won’t hold any fear.

Sheffield United finish the year with something of a free hit against Man City at the Etihad, though it would be typical of Wilder’s warriors if the Blades carved out another positive against the odds result for themselves in Manchester. 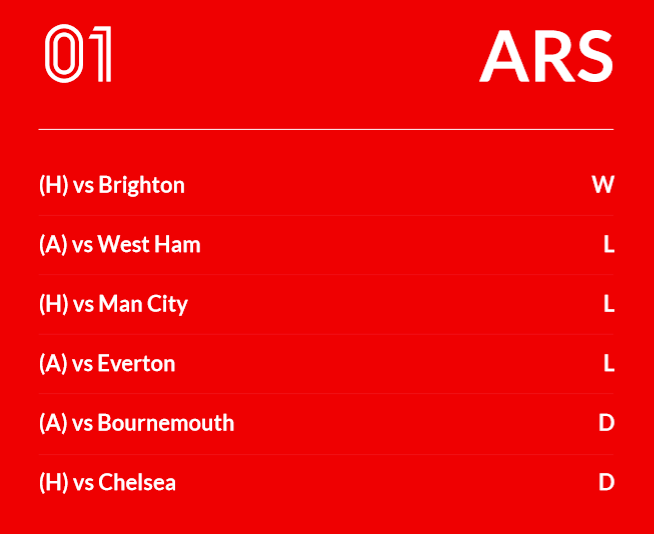 With dissent still simmering on the Emirates terraces, anti-Emery sentiment on the rise and a fractured dressing room to content with, Arsenal could have done with a relatively straightforward festive football programme.

Unfortunately for the Gunners, their fixture list between early December and the New Year has a heavy dusting of tricky games and potential pitfalls, with trips to West Ham, Everton and Bournemouth to navigate along with big home tests against Man City and Chelsea.

Any top four aspirations Arsenal hold could be shattered by the time the champagne corks are popping on December 31st, and the Gunners could conceivably be entering 2020 as a mid-table club. 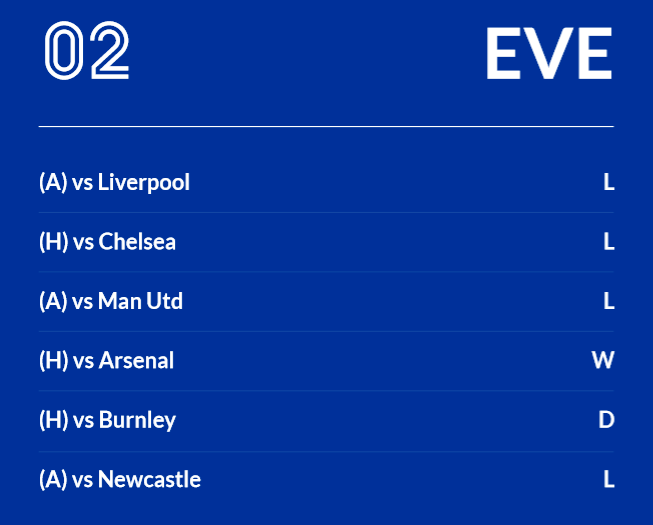 Everton have been hovering near the lower reaches of the Premier League table for the majority of the season, and a glance at their festive football season suggest that the Toffees could find it extremely difficult to gather enough points to pull clear of trouble during December.

Marco Silva’s men start the period in hugely challenging fashion with a trip to play Liverpool at Anfield in the Merseyside Derby, before a home match with high-flying Chelsea beckons.

Directly after that Goodison Park assignment, Everton are back on the road where they head to Old Trafford to take on a rejuvenated Manchester United.

Arsenal are the next visitors to Goodison Park in the first of successive home fixtures, with Burnley making the short hop from Lancashire on Boxing Day.

Everton close their tricky sequence with one final away fixture against a dogged Newcastle team at St. James’ Park on December 28th. 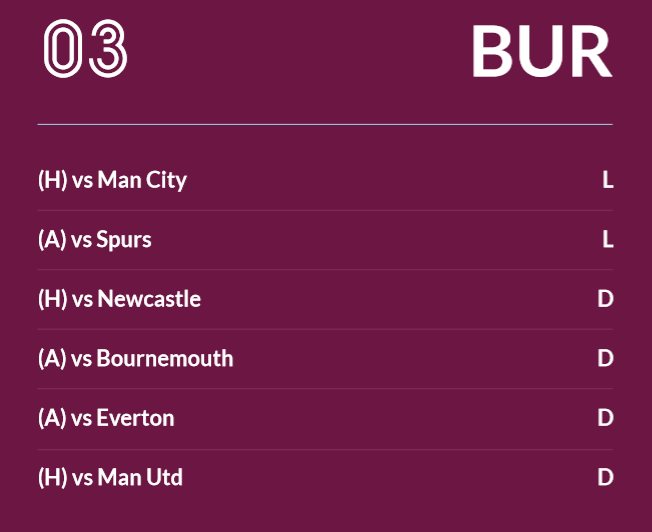 Burnley’s have had more ups and downs than a leaf caught in a Lancashire breeze this season, and Clarets’ manager Sean Dyche will be eyeing his team’s festive football calendar with trepidation ahead of a potentially problematic run of games.

Burnley kick off their holiday progamme with a home match against defending champions Manchester City, before the Clarets pack their bags for three away games in four, taking them to London, to the south coast and back up to Merseyside in the space of a couple of weeks.

After an extensive period of ground hopping, Burnley finish the year in more familiar surroundings with a game against Ole Gunnar Solskjaer’s Manchester United at Turf Moor. 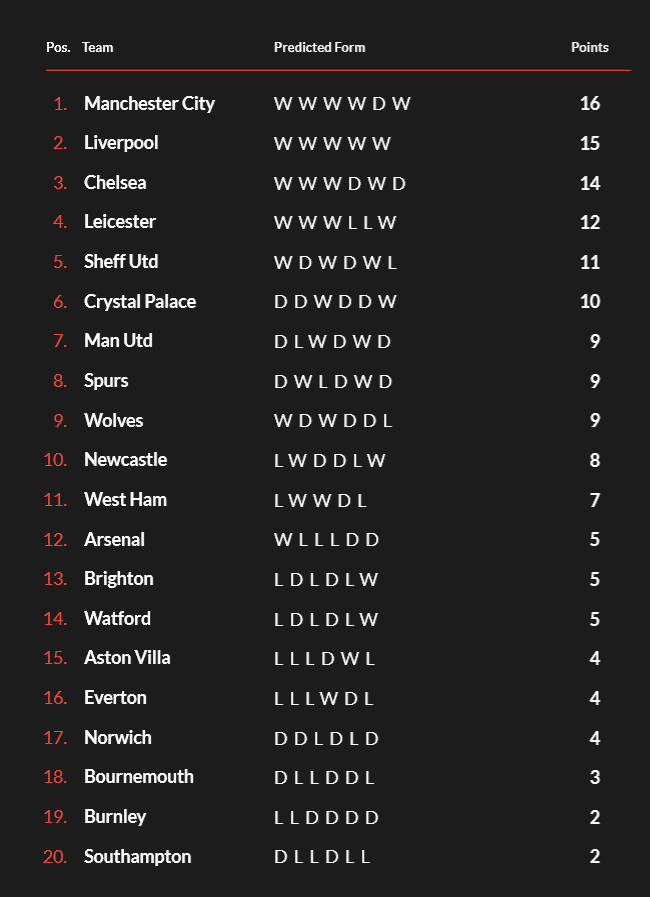 Premier League predictions – find all of our latest EPL match previews for the festive period with betting tips and features all in one place.

News – read all of our news, betting guides, team and player specials/features here.

Live TV listings – comprehensive listings of where and when you can watch live football on TV and online.