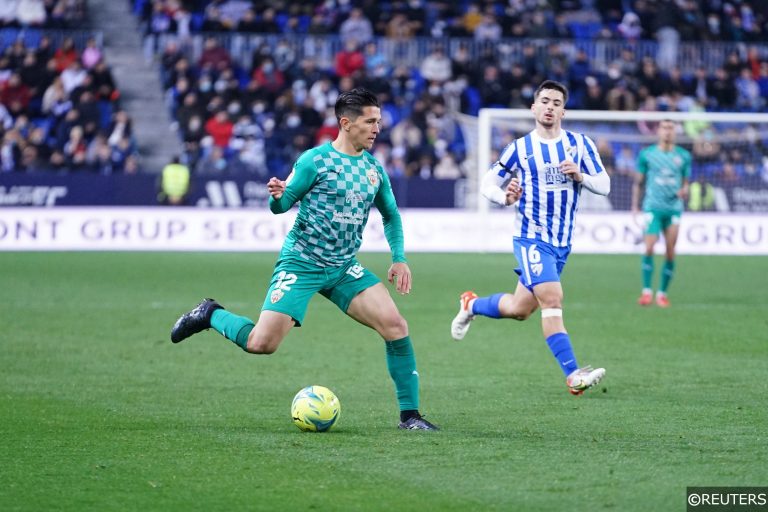 With our normal Super Sunday plans disrupted this weekend thanks to the international break, there’s likely to be a gap in many football fans’ weekend plans. What better way is there to fill that gap than by swapping an easy Sunday for a 17-hour, globetrotting adventure?

The best news of all is that you can do that without leaving your sofa, as we’ve put together a seven-fold accumulator covering the best of Sunday’s action. It kicks off with the morning’s A-League action, runs through the European leagues that are still running and caps off in the North American World Cup qualifiers.

Our Globetrotters Accumulator can be backed at 62/1 and you can find all of our selections below!

Western Sydney Wanderers are struggling to climb into the top-half of the A-League this term, with the visitors third-bottom in the table after a tough campaign. Their away form has been a particular low-light, having lost four of their last five trips.

Melbourne Victory have won two of their last three at home and they claimed a victory when these two sides met here last season. Back them to secure another victory and add to the visitors’ issues on the road.

Next up we’re heading to the Spanish second-tier, which starts out with a clash between two high-scoring sides. Mirandes have won three of their last four games, but they’ve had to up their scoring form as they’re now seven games without a clean sheet.

Emmen are in fine form at the minute the Eerste Divisie leaders are closing in on promotion. The hosts have won each of their last four games, with each of those victories coming by at least two goals.

16th placed Telstar aren’t likely to trouble Emmen’s promotion push, as the visitors have not won an away league game since October 2021. They have also lost three of their last four in the league, so side with Emmen to secure all three points in this one.

Alcorcon are bottom of Spain’s second tier, but they have a chance to boost a poor campaign on Sunday evening. They host a Real Valladolid outfit who have lost their last two games, failing to score in each of those.

With the visitors looking vulnerable, this is the perfect time for the hosts’ form to turn. They’ve lost just once in their last five, keeping back-to-back clean sheets ahead of this clash. The hosts have a perfect chance to add to their points tally this weekend, while Valladolid look to be in line for another blow to their promotion hopes.

Two of the top five clash in the Spanish Segunda on Sunday night, with this encounter bringing together two of the league’s three top-scoring sides. Given that the pair are both in fantastic scoring form, this looks like a good bet for goals.

Girona have scored 10 times across their last three matches, winning each of those. However, the visitors have also gone four away games without a clean sheet. Meanwhile, Almeria have scored twice in their last four at home, so go with over 2.5 goals in this one.

Costa Rica moved into the top four in World Cup qualifying with a huge 1-0 win over Canada in their first game of this international break. Two big matches remain for them as they try to secure a play-off spot for the next World Cup, if not more.

Costa Rica have moved into the top four after winning four of their last five games, while they meet an El Salvador side who have lost five of their last eight qualifiers. The hosts are winless in six at home, losing four, so back the visitors to claim a vital win.

Mexico are under pressure from Costa Rica as they try to secure a top-three finish, but their final two matches against Honduras and El Salvador look winnable. El Tri have gone five games unbeaten, while they head into this clash as the much stronger side.

Honduras have lost their last four home qualifiers, conceding at least two goals in each of those defeats. That run includes reverses against Jamaica, Panama and El Salvador, so expect Mexico to be strong enough to score a couple of goals in this trip.

Second NBA Acca of the week lands after 24/1 winner!