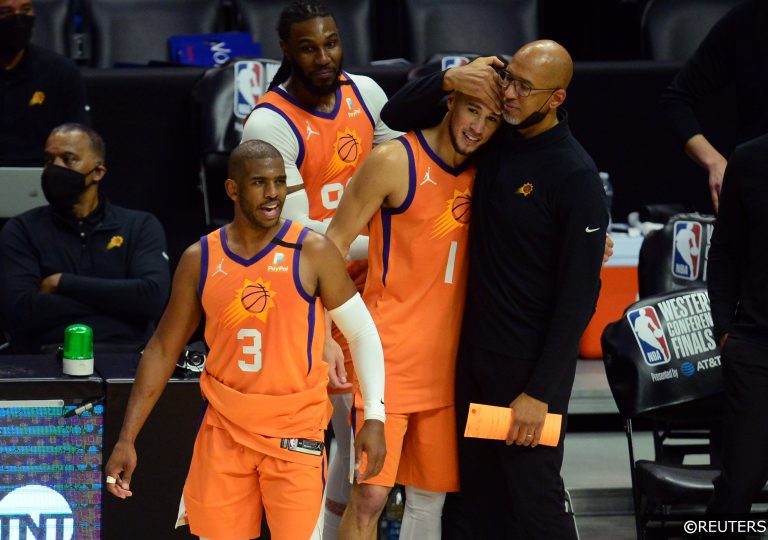 Our NBA tipsters were on point for the second time in three days on Thursday with three winning bets, the highlight being a 24/1 accumulator.

On Tuesday, they came up with a 10/1 accumulator win, a 5/2 double and a best bet and repeated that feat again on Thursday.

Read on to see what we backed and to find out how to follow our tips.

Our NBA tipsters focused on the Point Spreads for all five of their selections and the first game to begin was Toronto’s home game against their top six rivals Cleveland Cavaliers.

The Cavs made the early running but Toronto had built up an eight-point lead by the end of the first quarter and from there were never behind, while Cleveland only briefly managed to get within five points of their hosts in the second half.

New Orleans Pelicans have been without star man Zion Williamson all season but they remain in postseason contention and they boosted their play-in hopes with a convincing win against a DeMar DeRozan-less Chicago Bulls.

Memphis Grizzlies have already claimed their playoff place and strengthened their hold on second seed in the West with a big win over Indiana, while Washington managed to keep it respectable against the Bucks – who were without Giannis Antetokounmpo.

Chris Paul made an ahead-of-schedule return for Phoenix against the Nuggets but it was Devin Booker who stole the show for the Suns with 49 points and 10 rebounds in their 140-130 win in Denver.

The wins for Memphis and Phoenix made up our daily NBA Double, meaning seven of the last 10 of those bets have won, and Toronto’s victory over the Cavs was our bet of the day.

We came incredibly close to a clean sweep but one leg let us down on our Denver Nuggets vs Phoenix Suns Bet Builder, with Nikola Jokic scoring 28 points when we needed him to reach 30 for that 16/1 bet to land.

Kiko Martinez vs Josh Warrington II predictions, tips & where to watch with 13/1 acca!