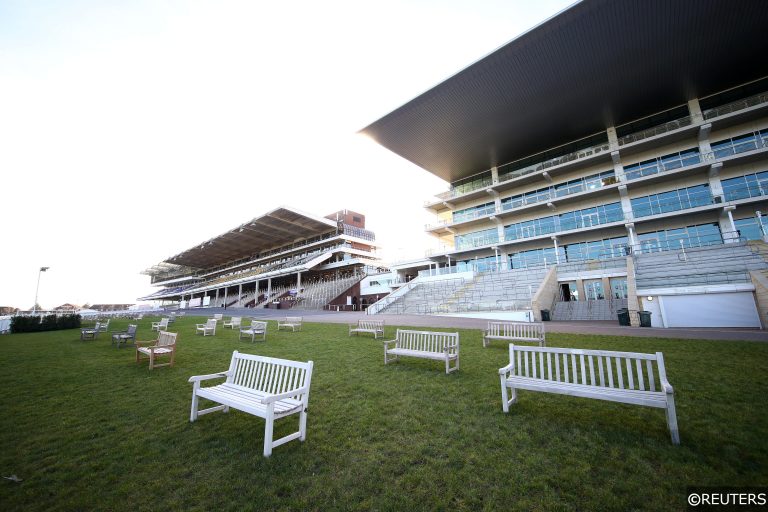 The Cheltenham Festival is over for another year but the prices are already up for next year’s showpiece at Prestbury Park.

We enjoyed a strong showing at this year’s Cheltenham Festival with a 44/1 accumulator win on Day 1 and we’re already thinking ahead to next year’s event.

Getting on an early bet can be a great way of getting the best prices and we’ve recruited Racing Post journalist Henry Hardwicke for his best ante-post bets ahead of next year’s Festival.

The good people at myracing have chipped in too, and we’ve added their selections to Henry’s to make up a huge mega accumulator covering six of the big races for Cheltenham Festival 2023.

It is worth noting that there are no guarantees these horses will run in these specific races, but that is all part of the fun of trying to put together a racing accumulator so far in advance of the Cheltenham Festival – and is the reason why some of the prices are so big. With that in mind, small stakes are advised and it is also possible to cover these as each-way bets rather than outright wins.

Read on to see who the experts think will be in the mix next year and to back both of our bets.

Allaho is a brilliant two-time winner of the Ryanair and it would be great to see the Willie Mullins-trained eight-year-old have a crack at the Gold Cup next year. However, owners Cheveley Park Stud have that division covered with A Plus Tard, and Mullins said immediately after his win in March, that he was planning for the Ryanair next year. It’s hard to see how Allaho can be stopped from winning this race for the third time if he lines up.

Constitution Hill was a fantastic winner of what looked a stellar renewal of the Supreme Novices’ Hurdle and the five-year-old can win next year’s Champion Hurdle. The Nicky Henderson-trained monster smashed the course record in the Supreme and there is talk of a clash against Honeysuckle at Punchestown in April.

Energumene looks value to become a two-time Champion Chase hero. Of course, the highly anticipated rematch against Shishkin failed to deliver the drama we expected, but it was still a high-quality performance from the Willie Mullins-trained speedster. Perhaps, Shishkin will step-up in trip, and with the exception of Edwardstone, there wasn’t much that looked ready to step-up to Champion Chase level in this year’s Arkle.

A Plus Tard was a superb winner of the Gold Cup, and Galopin Des Champs would have cruised to victory in the Turners Novices’ Chase, but for a last fence fall. The question is did Bob Olinger underperform at Cheltenham or was he just made to look ordinary by the brilliance of Galopin Des Champs. The latter is the suspicion and he could serve it up to A Plus Tard in what could be a mouth-watering Gold Cup showdown next term.

The above selections are all on our mega accumulator, alongside the following picks from myracing.

Appreciate It at 10/1 – Arkle Novices’ Chase

Considering that he hadn’t been seen on a racecourse since the previous Cheltenham Festival, Appreciate It came out of his Champion Hurdle run with a ton of credit. He has always been highly regarded at home, a reputation that was confirmed after blowing away the 2021 Supreme Novices’ Hurdle field by 24 lengths, and there was plenty to like about his latest outing. Going over fences was always Mullins’ plan with the eight-year-old but he was kept on the hurdle route to preserve his novice status for next season. He looks every inch a chaser and, given a touch more luck than last year, looks certain to be a major player in that division next season.

Another exquisite front running Danny Mullins ride saw Flooring Porter record his second successive win in the blue riband event for staying hurdlers. Considering his preference for left-handed tracks, the Dublin Racing Festival won’t affect next year’s Cheltenham preparations and his trainer Gavin Cromwell has already stated that his stablestar will follow the exact same path next season. In a division that is currently lacking depth, it’s difficult to see where the main opposition lies as he bids to become the first horse since Big Bucks to retain his title for a second successive year.