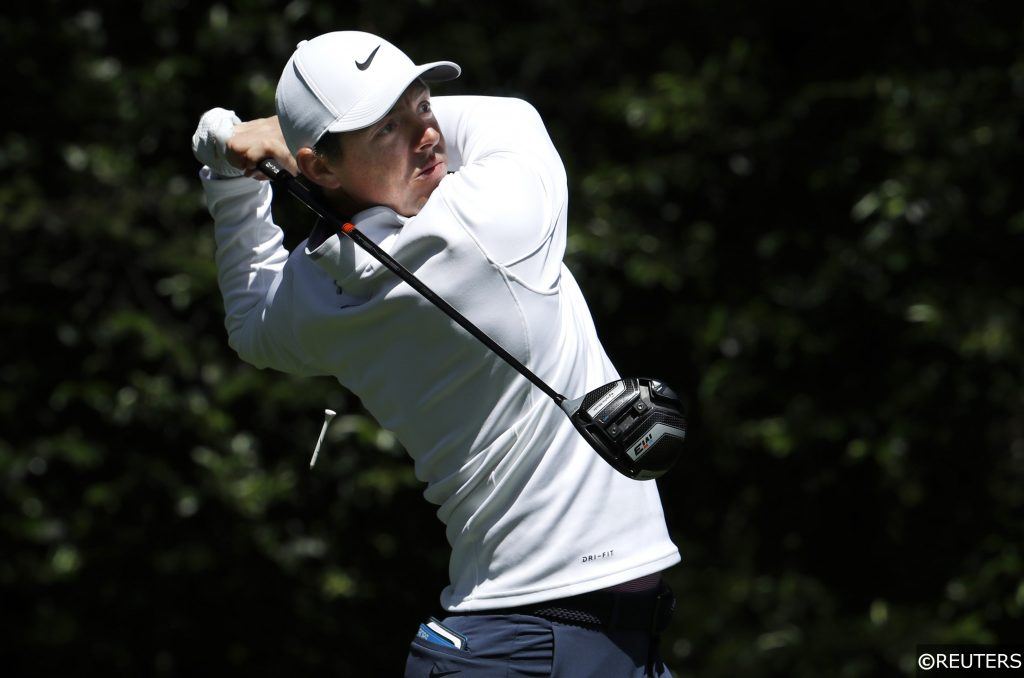 The 84th edition of the Masters tournament tees off later this week and with a star-studded field ready to swing it out for the Green Jacket, another Augusta thriller looks on the cards.

We’ve got betting tips and predictions for this year’s competition, and remember – bet365 recently launched a brand-new feature to revolutionise in-play golf betting.

US Masters betting tips, start time and where to watch

US Masters winner prediction: Rory McIlroy at 12/1 & Justin Thomas at 11/1

Bookmakers believe Bryson DeChambeau and Dustin Johnson will be jousting for the Green Jacket on Sunday, but the tournament could turn into a duel instead between Rory McIlroy and Justin Thomas.

DeChambeau has been the centre of attention – and he has been talking himself up in the build-up by saying he considers Augusta National to be a par 67 – but the musclebound Californian has questions to answer despite his incredible driving distance.

DeChambeau has two weaknesses – his approach-play and his lack of touch around the greens – and these may be the reasons why he lets favourite-backers down. The Masters is traditionally won by the player who excels on approach – Tiger Woods topped the greens in regulation statistics last year despite driving poorly – and clumsy irons and wedges could be the undoing of DeChambeau.

That being said, if you think DeChambeau can overcome these pitfalls in his game and make good on his favouritism you can get up to £50 in free bets if he takes home the prize with 888Sport. They’re offering a refund of up to £50 in free bets on all losing bets placed on the pre-tournament outright winner market if DeChambeau takes the green jacket. As always, terms and conditions apply.

Johnson, who suffered a setback when testing positive for Covid-19 just prior to the CJ Cup, has endured an interrupted Masters build-up. He was forced to spend 11 days in a room watching TV shows, isolating himself from friends and family. Last week, he bounced back from quarantine and finished second in the Houston Open, but that performance may have taken plenty out of the 36-year-old Carolinian, who complained about lacking energy in the lead-up to the event.

Preference at bigger odds is for McIlroy and Thomas. McIlroy, who has not missed a cut in 2020, has been playing nicely since becoming a father and made 29 birdies in the Zozo Championship last time out. With Augusta set up for birdies this week and anything between ten and 20 under par a potential winning score, McIlroy can make merry.

The Northern Irishman loves playing in soft conditions and rain has been falling steadily in Georgia. With storms forecast for the opening day, the fairways could be saturated by the time McIlroy and Co tee off.

Thomas, the 2017 US PGA champion, has progressive Masters form figures of 39-22-17-12 and has pounded greens in regulation in previous visits, let down by poor putting. Given his consistently impressive post-lockdown form, including a win in the Memphis WGC and three second places, this could be the week the Kentucky man brings a warm putter to Augusta.

Both McIlroy and Thomas perform well at this time of year. McIlroy has won six times in autumn, while four of Thomas’s 13 PGA Tour victories have come in late October or early November.