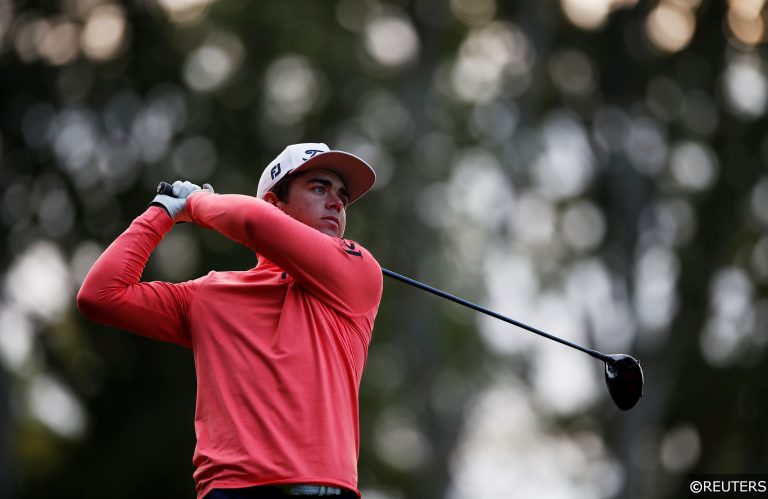 The European Tour remains in sun-soaked Tenerife for the Canary Islands Championship later this week, where a 132-strong field will compete for glory at the Golf Costa Adeje.

Garrick Higgo and Dean Brumester are among the favourites to prevail, however, our Canary Islands Championship predictions have lined up two more interesting alternatives.

Garrick Higgo won the Gran Canaria Lopesan Open with a 25-under-par total the week before last, then Dean Burmester matched that score when romping to a comfortable success in the Tenerife Open. The same course which Burmester emphatically conquered is being employed again this week – and the South African stars will do for many as they assess the Canary Islands Championship.

Bookmakers are obviously wise to the form of Higgo and Burmester, though, and their odds are tight, so perhaps punters would be better advised to support two players who failed to make much of an impression at Golf Costa Adeje last week.

Canary Islands Championship course guide and where to watch

Where to watch: Live on Sky Sports Golf from 2pm on Thursday

Laurie Canter could manage only a share of 48th place, but given he was making his first start since the middle of March, a sluggish return to action was understandable. With the rust ridded from his system, better can be expected in the Canary Islands Open, and he should prove a title threat if he can find the game which dazzled so often last season.

Canter finished second in the Portugal Masters last year, second in the Italian Open and fifth in the DP World Tour Championship, then fourth in the Dubai Desert Classic in January.

Joining Canter on the Costa Adeje leaderboard could be Victor Dubuisson, a former world number one amateur who starred in the 2014 Ryder Cup. The mercurial Frenchman has found form in the last few weeks, highlighted by seventh place in the Kenya Savannah Classic and a second-round 62 in Gran Canaria. He struck the ball well last week and just needs a warming of the putter to be a serious contender.