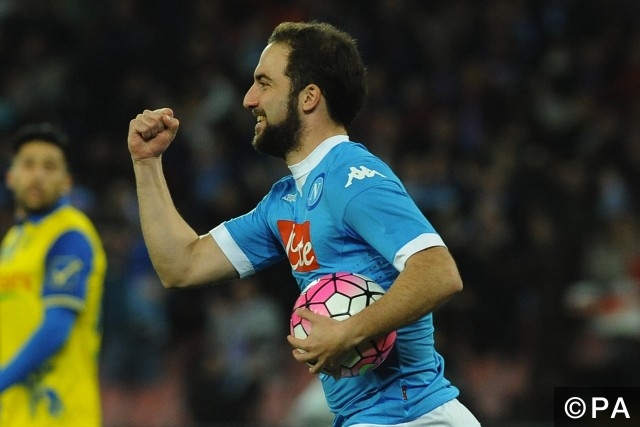 Gonzalo Higuain has completed his move from Napoli to Juventus for a Serie A record fee of €90 million. That record was previously held by Hernan Crespo, who signed for Lazio 15 years ago for £36 million.

The “Bianconeri” are reported to have offered the Argentine a whopping €7.5 million a season, for a four-year deal. However this contract is nothing in comparison to the £800,000 a week offered to him by Chinese side Hebei China Fortune. Higuain turned down the offer from China, proving that playing at an elite level of football is more important than money.

Higuain is now the 3rd most expensive transfer in world football history, after Juventus triggered his astronomical €90 million release clause. The fee is only bettered by former club Real Madrid, who smashed the world record to sign Cristiano Ronaldo for €94 million in 2009, before breaking the record for a second time to bring ex Tottenham Hotspur attacker Gareth Bale to the Bernabeu for €100 million in 2012.

Higuain’s transfer fee may seem extortionate at first, but he has just broken a 66-year old goal scoring record set by Swedish striker Gunnar Nordahl back in the 1949-50 season, scoring an incredible 36 goals in the 35 games he played. This is not just a one-off season either, as the 28-year old has scored 10+ goals in every season since he became a main striker at Real Madrid back in the 2008-09 campaign. His best haul at the Madrid based side came during the 2009-10 season, where he netted 27 times in just 32 appearances, 4 of those being from the bench.

During his 3 seasons in Serie A so far, the clinical Argentine has scored an incredible 71 goals in just 104 games for Napoli, averaging a massive 0.68 goals per game. He will now fit into an attacking line-up alongside Argentinian teammate Paulo Dybala, with new signing Miralem Pjanic from Roma sitting just behind them. Exciting times for the Old Lady, as she prepares to mount a serious challenge for the Champions League trophy next season.