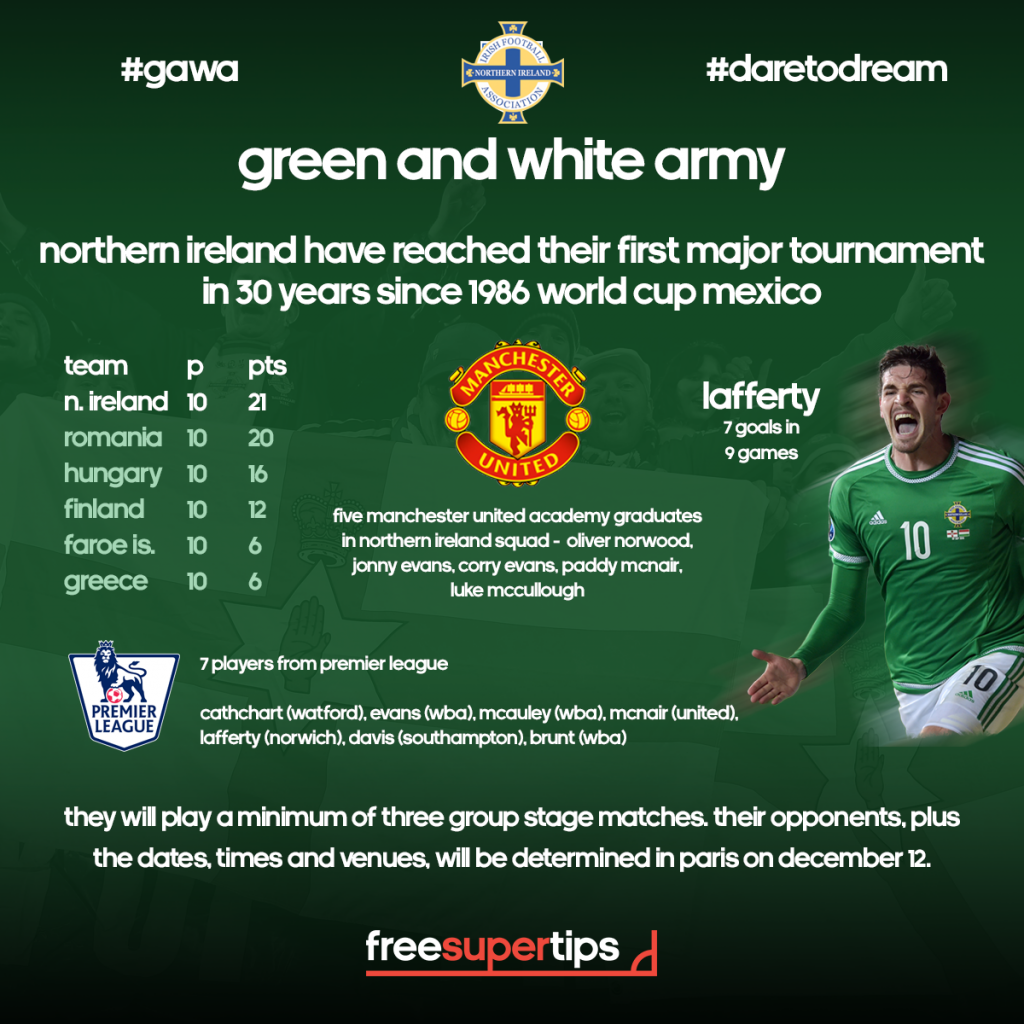 Northern Ireland joined England and Wales in qualifying for the Euro 2016 finals in France next summer. They reached their first major tournament in 30 years since the 1986 World Cup in Mexico.

The green and white army sprung a huge surprise during qualifying and ended up finishing top of Group F. Kyle Lafferty’s 7 goals in 9 games was a big part of the success and Southampton’s Steven Davis also performed outstandingly, the skipper really led by example on the field. One fan said “Qualifying means everything, I can’t describe what this means after so many disappointments”.

If Northern Ireland qualify for Euro 2016 I’ll run thru Belfast city centre in a green mankini. Without any shame whatsoever. #Euro2016Draw

Imagine if they go on and win it?

Northern Ireland have made huge progress over the last few years, similar to the rise of the Welsh red dragons. They will both be in pot 4 when the group stage draw takes place on the 12th December while the unbeaten England side will be in pot one. However they can’t all be drawn in the same group. At odds of 300/1 to win the tournament the green and white army will still #DareToDream about lifting the trophy during in France.