England are gearing up for their first European Championship semi-final since 1996 on Wednesday but Gareth Southgate has some difficult decisions to make ahead of their clash with Denmark.

This will be England’s second major tournament semi-final under the popular boss and while the last few years have represented a huge step in the right direction it would certainly feel like a failure to fall at this hurdle again.

Wednesday’s tie could be a tie of fine margins and Southgate’s selection and system will be a crucial factor at Wembley. Can he get it right again?

Remember to check out all our England vs Denmark predictions here ahead of the big game.

The system – Stick or twist for Southgate?

Saturday night’s dismantling of Ukraine was assertive and impressive but the comfort with which England won that game raises some interesting questions.

There will be calls for Southgate to not fix what isn’t broken and go with a similar system and lineup to the one that hammered Ukraine, but fortunately for all England fans the manager hasn’t been swayed by public opinion so far.

And why is that fortunate? Because a switch back to the 3-4-3 that was fielded against Germany is likely to be the best option, albeit probably an unpopular one.

Denmark play similarly to the 3-4-3 fielded by the Germans, with Joakim Maehle marauding forward from left wing-back and causing all sorts of problems.

Southgate matched Germany’s 3-4-3 formation in the Round of 16 and effectively shut Robin Gosens out of the game, and there are plenty of reasons to do the same again on Wednesday. It would limit the threat their wing-backs pose, avoid an overload in midfield and allow Maguire, Stones and Walker to focus on the attacking trio of Braithwaite, Damsgaard and Dolberg.

Of course, Denmark have shown a lot of flexibility so far and could switch to a 4-3-3 as they did against Wales, but that could be countered by England pushing their own wing-backs further up the pitch and pushing Sterling into a more central position alongside Kane.

Denmark may have flexibility but the talent in England’s ranks allows them a broad range of tactical solutions, too.

The players – Should Mount retain his place?

Assuming a three-at-the-back system, the defence pretty much picks itself with John Stones flanked by Harry Maguire and Kyle Walker.

Luke Shaw – who has created more chances than any other England player at Euro 2020 – has done more than enough to nail down a spot at left wing-back, while Kieran Trippier is a firm favourite of Southgate on the right.

Declan Rice and Kalvin Phillips have been partnered in the middle of the park in every game so far and there is little to suggest anything will change in this regard.

Captain Harry Kane will undoubtedly lead the line as he makes a late charge for the Golden Boot, while it would be criminal to leave Raheem Sterling out after the Manchester City winger so emphatically repaid the faith shown to him by Gareth Southgate. So far, so… Germany.

I could see one change to the lineup that beat Germany, however.

Bukayo Saka was one of the best players on the pitch in that game but Mason Mount’s return and Jadon Sancho’s start against Ukraine puts the Arsenal youngster’s position under threat.

Based on performances alone Saka has done enough to be afforded a start, but the potential for Denmark to mix their system up makes Mount or Foden the more sensible options. Both are more adept at playing centrally if required, which they would be if Denmark started with a 4-3-3 to allow Sterling to push up and partner Kane up front.

So, there we have it. The perfect XI to beat Denmark and make it to a final for the first time since 1966. Would you make any changes? 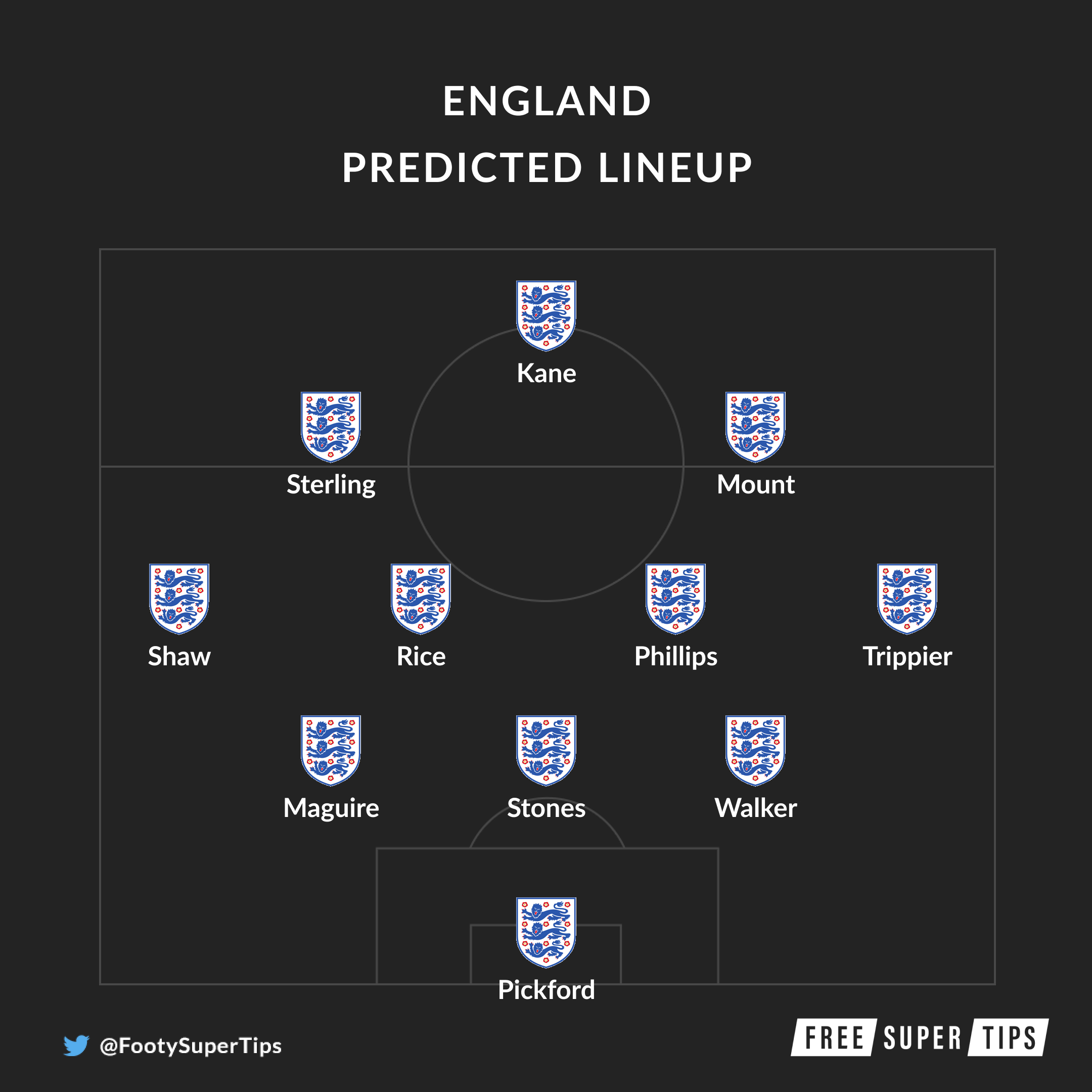